The Atlanta Rhythm Section exploded onto to the Top 40 charts in the mid ’70s with hits such as, “Spooky,” “So Into You,” and “Imaginary Lover.” They have two gold and two platinum albums, which helped secure them as a household name. Their first album, Atlanta Rhythm Section hit the record stores in 1972. Their first hit single, “So Into You” soared into the top ten charts in 1977. The album from which it came, Rock and Roll Alternative also held its position on the top ten charts that year. Their 1978 follow-up album, Champagne Jam followed its predecessor into the top ten also. 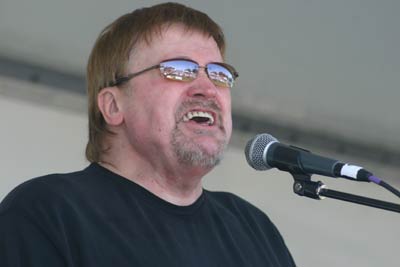 We caught up with the band at the Mainsail Arts Festival in St. Petersburg Florida and had the chance to sit and chat with vocalist Andy Anderson and founding member, keyboardist Dean Daughtry.

Dean, give us a little history on ARS. You guys started out as studio musicians?

Dean: Yeah. We started in Studio One in Atlanta and a lot of groups came from that studio, Skynyrd, .38 Special. We started as studio musicians playing for everybody and every now and then we’d record some of our own stuff. We were in the music business prior to that though.

Your last album, Eufala was released in 1999. Are there any plans for a new album?

Andy: Not that I know of right now. We’re just going to go out and enjoy ourselves and play and see what we can do from there. 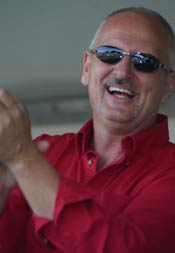 You have a brand new DVD, The Atlanta Rhythm Section Live at Stabler Arena. Is there more than just a live performance on the DVD?

Andy: It’s just a live performance. We had opened up for America there in Pennsylvania and it was just a real nice show. The guy that runs our web site wanted to do a DVD for us and they did it and put it out and it’s very good so go get it!

Rodney Justo was ARS’s original singer and is on the very first album. He is always seen with you guys when you come to Tampa Bay. Is there any chance he’ll ever be sweet-talked into performing a song or two with you on stage?

Andy: He don’t want to sing after me. 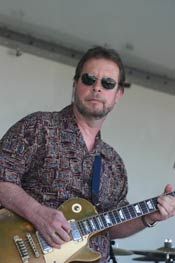 ARS fans are constantly asking where to find the older music on CD. Will your catalog ever be put to CD?

Dean: Most of it already is on CD. We’ve got Third Annual Pipe Dream and Rock N Roll Alternative. Weird combination, but that’s just been released a few months ago by Universal. The only thing we don’t have completely on CD I think is Dog Days. Most of those songs are on other albums.

In 1996 ARS was inducted into the Georgia Music Hall of Fame, what did that entail?

Dean: We played there with Paul Goddard and Robert Nix. We hadn’t played with them in years and years and years. It was the total original group. It was fun. 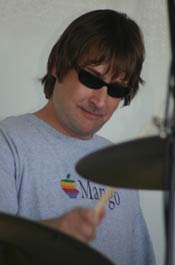 ARS has been making music and touring for over 30 years, are there any plans for retirement?

Andy: I’m gonna drop on stage. They’re gonna’ put me in a damn coffin and take me off the stage.

Dean: We got a case you can use.

What do you do when you are not touring with the band?

Andy: Play golf. I’m a golfer. I stay out there most of the time. 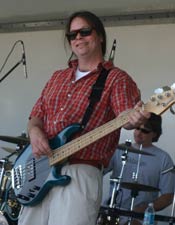 Ronnie Hammond is the voice of ARS. He was on every album except the very first album. Why did Ronnie leave?

Dean: He has health problems. Disability. He’s on disability now. He’s just not able to get out there and do it anymore.

It seems like everybody and their brother has a band on the internet. Do you think it is harder or easier for new bands to find success today with technology?

Andy: I think it’s easier. You get better opportunities on the internet that you don’t get with a record label unless they really want to push you. Record labels to me, they can help you or they can hurt you. With the internet you can pretty much plan your own career. 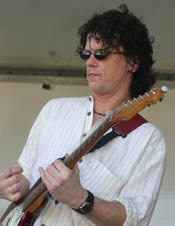 In 1978 you played at the White House for Jimmy Carter. What was that experience like?

Dean: Oh it was great! There was a lot of people there, relatives, daughters and sons of the Congress and the Senate and all that, it was his birthday and it was really nice. I felt real safe there, you know, even though there was snipers on top up there. One time we had to use the bathroom. Ronnie couldn’t wait. The bus was locked. We couldn’t get back to the bathroom in time so guess what Ronnie did? The grass died! [laughing] It did happen!