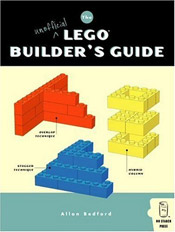 A couple of months ago, I purchased the Lego set I’d been coveting for two years: Lego 10030. Those familiar with Lego will recognize the number as the Star Wars Imperial Star Destroyer, over three feet long and containing more than 3,000 pieces, the vast majority of them a light gray. It wasn’t a cheap set, and I cashed in five years’ worth of pocket change (what I called, rightly so, my Lego Fund) to get it. As I walked from the store to the parking lot, the bulky and quite heavy box in my hands, with my kids trailing behind me like tie fighters, a passing woman remarked on how kind I was to purchase such a big set for my son. Dream on, lady.

These days, people like me have a name – AFOL’s, short for “Adult Fans Of Lego.” For a long time, Lego was assumed to be one of those childhood passions that may have stuck with some kids for longer than others, but generally discarded by adulthood in favor of more “mature” leisurely pursuits like drinking, gambling and womanizing. Or playing the stock market. I suspect that for a long time, those grown-ups who avidly purchased sets and built MOC’s (“My Own Creation” – AFOL’s are rife with acronyms) remained isolated as basement tinkerers, only occasionally encountering one another, and then quite probably by accident.

These days, thanks to the internet, this obsession has been codified and legitimized. Look online and you’ll find not only thousands of personal sites documenting people’s individual efforts, but also large (and sometimes competing) communities like LUGnet (http://www.lugnet.com) and Brickshelf (http://www.brickshelf.com). The bottom line is that more and more adults are whiling away the hours, and whittling down their bank accounts, assembling these interlocking plastic bits into some truly amazing models, models that are sometimes realistic, sometimes fantastic, but always creative. In response, the Lego people have begun targeting their sets at more advanced builders, with models like the aforementioned 10030 (and its newly-released sequel, 10143, Death Star II) and the Mindstorms series, which essentially combines Legos and computers to build robotic creations.

If you’re a fresh-minted AFOL with no previous Lego experience, or a precocious youngster wishing to absorb some formalized knowledge of the system, Lego Builder’s Guide fills in the gap. Starting with some basic Lego taxonomy, history and building basics, the book quickly moves on to such topics as building in miniature, putting together mega-sized Lego bricks from smaller ones, and some basic specializations like mosaics and sculptures.

Besides these fundamentals, Lego Builder’s Guide offers some solid engineering knowledge, with methodologies for conceptualizing models and executing them. And moving beyond the bricks themselves, it offers good advice on building your collection of pieces, sorting and storing them, and even making your own tools to aid in construction.

The book closes with a sort of Lego brick field guide – many of the basic pieces available today are categorized, and presented with comments on their characteristics and a bit of history, such as the year they were introduced and their initial intended uses.

Filled with illustrations, short demonstrative diagrams, and photographs of examples, Lego Builder’s Guide is a straightforward and clear guide, offering plenty of useful advice for the beginner and even a couple of gems for the most jaded and knowledgeable brickmaster.

Overall, the book presents a fundamental overview of the Lego building system, with lots of good advice for all ranges of expertise. There’s been an explosion of Lego knowledge in recent years, and this book only touches on some of the new branches of construction methodologies that have emerged recently, so if you’re an avid builder you may find yourself quickly skimming through the pages for useful nuggets. But if you’re new to the obsession, or wish to jump in with your kids without feeling lost in the jumble of studs and tubes, this will quickly orient you and inspire you to begin building your own creations.