Gail “You May Quote Me” Worley

One of the unique and fascinating aspects of my writing career in 2005 is the astounding fact that, for the first time in over a decade, every interview I did was conducted over the phone. For someone who hates talking on the phone as much as I do (I don’t even own a cell phone!) that’s pretty fucking phenomenal. I almost can’t believe I didn’t do one single in-person interview, but that just goes to show you how good I’ve become at strategizing ways to never leave my house! When I first started to sort through the year in interviews, I thought I’d have to call this article “The Top 19 Drummer Quotes of 2005” because, man, there are a ton of drummers in here. But I managed to find a few singer/songwriters, guitarists and producers to balance everything out a bit. At the very least, you’ll get a few laughs and some drumming tips out of these tasty sound bites pulled from some of my more memorable interviews of 2005! 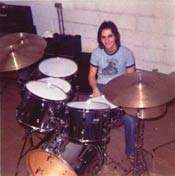 “I went to see Kiss about three years ago in Detroit. It was one of their farewell tours, and I’d never seen them so I was really excited. I was back stage when they came out of their dressing room, just standing there – and they’re so amazing, they’re like nine feet tall – and Paul Stanley looks over at me. One of the first things he said was, ‘Hey Gene, look it’s Jim Bonfanti!’ He comes over and I shake his hand and I say to him, ‘It’s a pleasure to meet you.’ Then he says, ‘No, it’s a pleasure to meet you.’ And I almost dropped dead. I was like, ‘Wow!’ That’s just amazing that he said that, because he’s far bigger than our band ever got. But, really, it’s all about the music, and our music has lived on.”

“Cupcakes was that clichéd rock band with huge potential that got lost in the major label shuffle. When DreamWorks signed Cupcakes they were interested in being the label that really supported and encouraged bands that were unique and different. But from the time they signed us to the time that we were actually ready to put out a record, the climate had changed drastically. Suddenly, the noble idea of getting behind a band that was just good-for-being-good’s-sake didn’t matter as much as selling some fucking records. When they got a band that was able to sell some records – I’m not going to say who – that’s who they got behind. I was really discouraged that they weren’t able to fight the fight on our behalf. We were a great band but we had a lot of internal problems and I know we were a bit of a headache. But all the greatest artists of popular music, I’m sure, were the biggest headaches.” 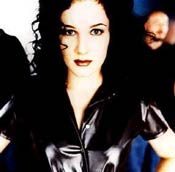 “After the very first Plumb record was released, a girl who had purchased a copy of the album came to town looking for [Producer] Matt [Bronleewe]. When she found him, she said, ‘I love this Plumb album. I’d love to meet her and I’d love for you guys to write with me and produce a record for me.’ Then she says. ‘My name is Natalie Imbruglia…’ And Matt was like ‘Wow, you’re probably going to have to change your name…’

“I can play these songs now with my eyes closed. The way we feed off each other, it’s like clockwork. I don’t even have to have a monitor. I know exactly what everyone’s playing, I know exactly where I should be and that’s how it should be. You don’t need to have all that fancy gear; you should just know the songs. We play twenty nights in a row without a day off, so you have to become tight. You just get to know the songs like the back of your hand.”

“‘LSF’ [is my favorite] I suppose. It depicts where we are in the world. It’s a celebration song but it’s basically saying we’re all fucked [pronounced ‘fooked’] so let’s just enjoy the time we have left.”

“Kiss was the first [big] band for me. A couple of my friends had the Kiss Alive albums and I’d listen to the drum solos and think, ‘Oh, that’s untouchable! Oh my god, Peter Criss!’ So, yeah, that was huge.” 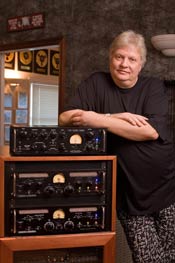 “He’s just an amazing engineer, but he’s also very excessive. When I first asked him, ‘Roy, I want to record big drum sounds, what do I do?’ He goes, ‘Rent the [Los Angeles] Forum!’ And he meant it! He says, ‘You can get it for 1500 bucks a day. Put a truck in there, record in the Forum, and you’ll get big drums!’ (Laughs) But that’s how he is. He’s just very, very innovative. Spending a month with him I learned more than I’ve ever learned in my career as an engineer.”

“We were recording in the same studio as him at A&M for our first record and he was just totally nice, like a normal guy and very cool. It was definitely one of those moments where you’re, like, freaking out; you just get a brain freeze. The whole time I was just thinking, ‘I’m talking to Paul McCartney.’ [laughs]”

“It was amazing, to be sitting in a room, have my headphones on, playing the first Tennessee Waltz I’ve ever played and Loretta Lynn is standing in the next room singing. I was like, ‘Oh my god.’ She’s amazing, like, just totally amazing. Like, Superstar, you know what I mean? She can sing like nobody’s business and she’s got a story about every song. She knows everybody.”

“There are definitely more intricate parts in that original stuff. I think that’s because those guys played together for so long. Besides being incredibly talented and creative, when you have that relationship for a long time among the same musicians I think, as that talent combines, you’re going to create this sound of your own, which they did unbelievably – and they were successful at it. You really have to understand that that was a band. I try to recreate that feeling when we play the songs on stage: to do it as close to the record as possible, playing the parts, but then adding our young, insane energy to that on stage. That’s what Alice digs. I owe it to the music to play the right feel and parts. That’s the way I look at it.” 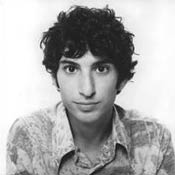 “I went to see Nirvana when I was living in Boston for a couple of years. The trains stop really early in Boston and they had already stopped by the time the show was over. I was just waiting around and some of the crew was going to give me a ride home at five in the morning if all else failed, because the show was like an hour and a half outside of where I lived. Then I saw Kurt coming up the stairs with a bunch of people. I said, ‘Does anybody know how I can get to Boston?’ He looked at me and goes, ‘I do.’ The people that he was with ended up giving me a ride home.”

“Musically, playing with him was a fantastic experience and it catapulted me into the ‘hip’ circle right away. People would call me for an audition and ask who I’d played with and once I’d mention [Jason] Falkner’s name, or write it down at these ‘cattle calls,’ they’d always be like, ‘Whoa, I love that guy!’ Little things like that go a long way.”

“It was great that we could all attend Coachella [music festival]. It was so invigorating for us to see cool bands after being inundated over the last year with the state of radio and where music has gone. It’s so fake now. To see all of these bands, like The Cure, that shared a mindset of maintaining individuality and knowing that it’s okay to make mistakes lifted our spirits so much. Music is so much about business these days that when a band performs there’s a lot of creepiness to it. You feel like you’re buying a ticket to go see the circus.” 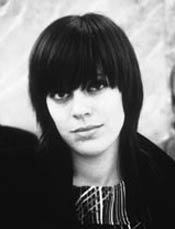 “I like to dance, and it’s almost like dancing, because you’ve got all four of your limbs working together in time, in rhythm. So, I think of drumming and singing at the same time as being like singing and dancing, and people do that all the time.”

“I think that, because I’m a teacher – because I have that title – people think it’s okay to come and be educated by me. I do take pride in it and I feel like I have a lot to offer, but I learn as much from my students as they learn from me. All of the teachers here are also players, and they’re people you read about in Modern Drummer. So, I’m a teacher yes, and I’ve taught guys like Matt Cameron, but I’ve learned so much from just being in his presence, or every time I sit back stage at a Pearl Jam concert. He’s amazing.”

“I think Greg Allman has one of the best country rock voices in the world, and he’s had a huge impact on music. “Melissa” is the perfect example. If you really listen to that song, the guitars are completely out of tune and out of time, the whole thing is going in this really bizarre polyrhythmic motion and it’s totally funky. But his vocal across the top of that is like butter. It’s awesome!” 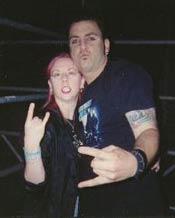 “I remember hearing Liberty Devito play drums on the Billy Joel song “Just The Way You Are.” I had these boxes and I made them run from the biggest to the smallest boxes, like toms going around, and I played along to the stereo in the living room. I also did the pots and pans thing with the wooden spoons and I broke the tops of my mom’s pots and cracked her spoons. Every drummer has done that, but then my parents decided they’d better get me a fucking drumkit, since my mom was pissed because she couldn’t smack me with a broken spoon when I did something wrong.”

“I know that guys like Mitch Mitchell and John Bonham have been talked about so much, but I just love it when drummers play musically – when they’re able to give power when it’s needed or finesse when finesse is called for, you know what I mean? Instead of playing like a caveman all the time or playing like a complete sissy, they know when to change it up and become musical with it. I strive to play like that.”