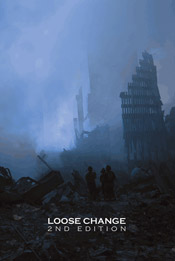 Shortly – at the most around 1000 days, at the time of this writing – the era of George Bush will finally drag to an end. [How many more bodies will pile up](http://www.guardian.co.uk/Iraq/Story/0,2763,1338749,00.html), how many more indictments will occur between now and then, nobody knows. The “war” – in quotes, because for many reasons, we are not a nation at war – the war will continue, of course. We’ve always been at war with Eurasia.

No, we don’t know how this will end. But we all, far too painfully, remember exactly how it started. As we’ve been bellowed at constantly, the “the world changed on 9/11!” Indeed it did. That was the day the powers that be, tired of waiting for circumstances to align themselves into a “perfect storm” – or PNAC’s “new Pearl Harbor” – decided to jumpstart the future by slaughtering its own citizens. By graphically illustrating how America was vulnerable to attack, thus needing to be protected, the Patriot Act, two wars, and scores of other grotesque injustices were allowed with hardly a whiff of protest. Anyone questioning the party line was deemed un-American.

Now, almost five years past that awful day, the wheels have begun to come off the Bush presidency. Far too late to save the thousands of US troops killed in his wars of deception. Far too late to bring back any of the tens – or hundreds – of thousands killed in Iraq and Afghanistan. Far too late for those washed away in Katrina, gagging on the stench of their rotting neighbors, while Condi shopped for shoes. Far too late for those who suffered torture at our hand in Gitmo or Abu Ghraib, or suffocated to death in locked trucks in Afghanistan, or who have been shipped off to those countries who have no human rights laws (unlike the US, who merely ignores them) to be tortured in order to earn a bounty from our government.

Yes, it’s far too late for them. The rest of us are forced to watch the disintegration of our country, the looting of our treasury, and suffer from the wholesale corruption and incompetence that are the calling cards of our current regime. And it all started on a clear morning in September of 2001. By the end of the day, indeed, our world had changed. We just didn’t know exactly how. Or why.

Two movies attempt to give us answers to those questions. One, Loose Change, is a thought-provoking and well documented look at the multitude of lies foisted upon us by the government, our military, and the media. It is a labor of love – or more accurately, of rage, not financial gain, since the movie is freely available for download off the internet. It challenges the official version of the day’s events with questions such as these:

How was Condoleezza Rice able to call her friend, San Francisco Mayor Willie Brown on September 10th, and tell him not fly the next day?

Why was all video footage of the Pentagon “crash” confiscated from nearby businesses within minutes of the event, never to be seen again? A traffic camera mounted over the highway next to the Pentagon recorded a clear view of the road and the side of the structure. This tape has never been shown, although if the governments account of the day is to be believed – that a 757 flew across this highway, clipped light poles, and slid across the grass only to explode into a fireball – then this tape would show at least a portion of those events, and effectively silence many 9/11 doubters. Instead, we’ve never seen it.

Why did the medical examiner at the scene of the “wreckage” of United Flight 93 state that after 20 minutes he stopped acting in his capacity as coroner “because there were no bodies there”?

These questions, and dozens more, are asked by Loose Change Every American should watch it.

This is a lie. If it wasn’t, then why would American Airlines, in 2004, trumpet the ability to use your cell phone from their planes – or, at least ones equipped with a cell station. Neither United flight 93, nor any other commercial airliner, had such technology on 9/11/2001.

Perhaps the filmmakers have decided that focusing on the “heroes” of Flight 93 – the “Let’s Roll!” cowboys who supposedly forced the doomed plane down in a field in Pennsylvania – will appeal to a nation and a world fatigued by the horrors that have occurred since that day. Perhaps, they think, we need to feel good about ourselves again, and to remember that we fought back against evil.

Much like our government. We, as a nation, deserve better than to be ruled by lies, ignorance, and fear mongering. We deserve answers, not box office exploitation. We deserve leaders, not impotent little men strutting as kings, stuffing their pockets while they kill our children. Our nation was founded on the promise of liberty and justice for all.

It’s time for that promise to be delivered.