It’s 300 degrees in the shade, the Orlando streets are teeming with teenagers, and I’m whipping out my wallet to throw down $6 for a Bud Light. This can only mean one thing: it’s time for another Warped Tour. 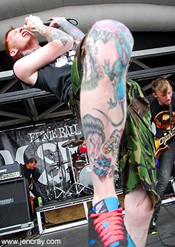 For its Lucky #13, the summer fest was a little light in the way of marquee acts. Taking a look at the Orlando roster read like a colleciton of opening acts for a second rate emo tour- with only a small sprinkling of punk acts to set my mouth a-watering. Think I’m exaggerating? Paramore, Cute Is What We Aim For, Chiodos, Norma Jean- these were main stage acts, while the invigorating innovators like Gallows, The Unseen and Revolution Mother were tucked away on the smaller- yet always crowd pleasing- Hurley sponsored stage. if it hadn’t been for Bad Religion and Tiger Army I might not have hit the big stages at all.

As it was, my Warped day was the usual field-sprinting sweat fest. The only difference this year was that miraculously the skies stayed clear and the expected torrential downpour did not occur! I could hardly believe my luck at being able to check out 16 bands in 7 hours. It breaks down like this, in order of appearance: 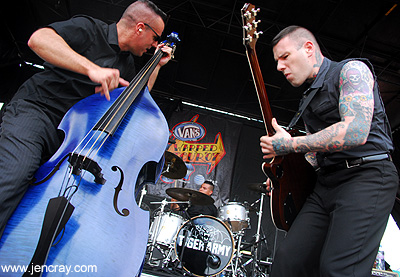 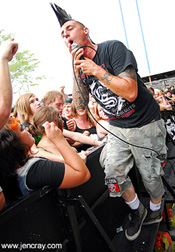 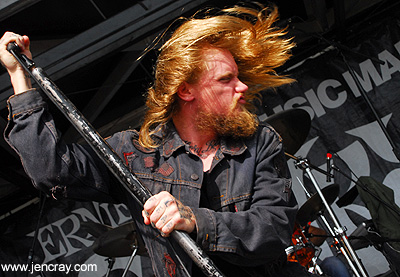 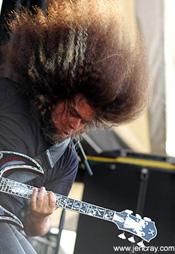 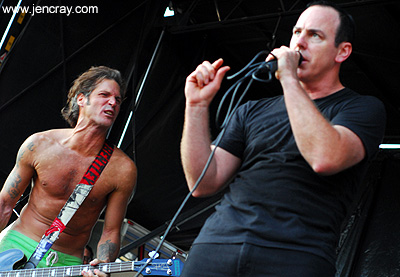 Like every other Warped Tour, it’s not just about the bands, it’s about the communal feeling of sharing an afternoon with likeminded fans who want nothing more than a nice long hot day of nonstop music. I, like many others, look forward to this every summer regardless of how many crappy emo trendy bands are on the bill.