The line outside the Trocadero was somewhat impressive; it had been a long time since I could remember a line of this magnitude stretching down the street and around the corner. It was all for a South Dakota band, The Spill Canvas, who apparently has been winning over the hearts and CD players of many the teenage female fan across the country. Having no prior knowledge of the band, I was wondering if they’d live up to the hype that the crowd was creating. 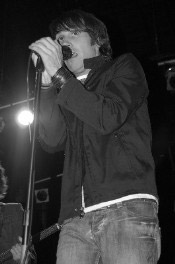 First up was Chicago power-pop band, Treaty of Paris. The quintet recently released their debut album, Sweet Dreams, Sucker; their sound is pleasantly reminiscent of Hedley, with a slight hint of the Academy Is… Lead singer, Mike Chorvat was able to work up a decent reaction from the crowd, all of whom were anxiously awaiting the headliners.

A sucker for some good ol’ powerpop, I found my way back to Treaty of Paris’ merch table; between acts, the merch stands garnered a fair amount of interest from fans. PlayRadioPlay were up next; this Texas act was causing screams from the packed floor. Yet, as the set progressed, I was one of the few who was not submersed in the set. While I’m a sucker for anything with a bit of synth, this was slightly unbearable. The lead singer’s voice seemed rather monotone and his stage presence wasn’t captivating. If he had put a bit more energy into the performance, it would have had great potential. All in all, it was a long six-song set.

Utah indie pop-rock act, Meg and Dia were up next. As the band set up, I struggled to remember the name. What was it that they sang? As they emerged on stage, the band had this positive energy. As they began to play, I noticed that the audience was in slight adoration (perhaps a twinge of infatuation) with lead singer, Dia. Dressed in jeans and a hoodie (for which she profusely apologized), Dia was somewhat soft-spoken–something that one may not expect when listening to her belt out the lyrics. After several songs (all of which had great lyrical content) from their debut release, Something Real, the opening notes of their last song began to play. Suddenly, as Dia began to throw herself into the performance, I realized that I knew the song–“Monster.” As the chorus neared, the crowd chanted along with every word. 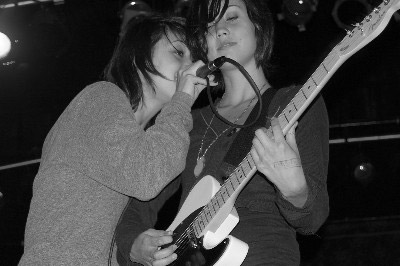 It was now time for the act that people had come to see. The Spill Canvas made their way onto the stage, to a hearty Philadelphia welcome, as the many female voices screeched and screamed in admiration. For a minute, I almost wondered what teenage heart throb had stepped in to the show; I couldn’t even recall the last time I had seen a band get such a reaction at the Trocadero. The South Dakota band started to play with an energy that seemed to match the audience’s perfectly. Lead singer, Nick Thomas, had the fans’ screams increase each time he wandered away from the mic. After playing a number of songs that I had never heard in my life (which seemed shocking to a few people), the band ended their set. 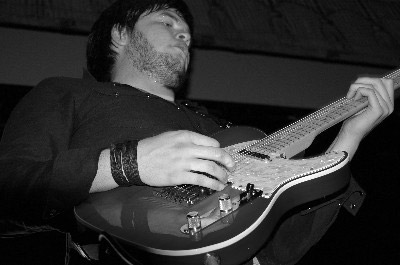 I don’t get when fans fall for the “this is our last song” speech. If you have ever been to any major show (even some indie ones), you know that an encore is…well, likely. How could a band not play their top single? After the Spill Canvas’ thank-yous and a goodnight, the fans were rather reluctant to let that be the last song. Chants of “one more song” flooded the venue; then the hand clapping started. After a quick encore, Thomas once again thanked the audience for their support.

I may still not know one single song that The Spill Canvas has to offer, but I can say that after seeing their performance, the South Dakota band has something to offer. From their infectious melodies to catchy lyrics, the quartet has imprinted themselves onto the teenage hearts of music.