“I woke up in my own bed this morning, and tonight I’ll go to sleep in my own bed again… if I’m not too drunk to drive home,” The Draft’s vocalist/guitarist Chris Wollard told me before the band’s one off show at Orlando’s The Social. 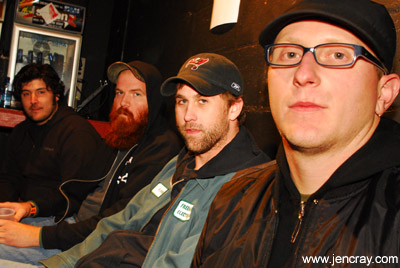 The band that began as a spinoff of Hot Water Music has successfully become its own entity – and though the venue was as packed as it was when they stood on the same stage nine months ago opening for Lifetime – the floor is still crowded, and the brews are flowing. The Draft have scheduled this show as a seeming warm-up gig to the upcoming trio of Hot Water Music reunion shows just two weeks away. 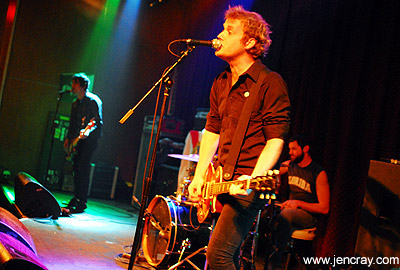 “None of us have played together in a while,” Wollard goes on to tell me, “it should be interesting… it’ll be fine.”

While some may be counting down the days for that evening of post-hardcore bliss at the much larger House of Blues, this night was all about the seedy underground world of Florida punk in all its myriad colors. 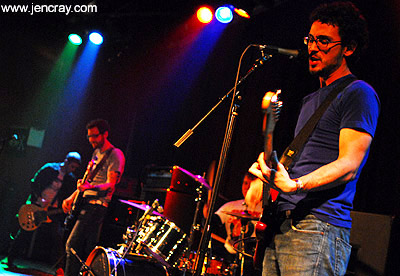 Virgins are a trio of Orlando musicians who bounce from band to band – three guys with too much energy to contain in one project, it would seem. The singer/guitarist, Sam Johnson, may look familiar to you, as he is also the frontman of Jade Tree Records’ New Mexican Disaster Squad. During NMDS’s offtime he worked up a whole slew of songs and got together with buddies Phil and Eric (both of Orlando’s The Country Slashers) to spew out another noteworthy punk rock demonstration. 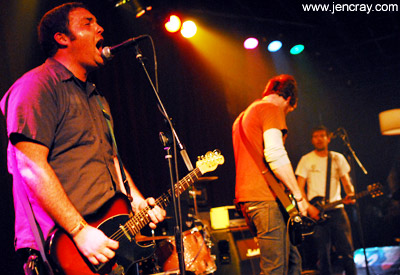 For the moment they’ve only got a handwritten/hand-burned demo to distribute (tune into song #5, “Another’s Gun”), but let’s cross our fingers for something more substantial in the near future.

Orlando’s second act on the bill was a young bunch who seemed incredibly virginal themselves, though they have apparently been playing for a couple of years now. Monikers come across as a Jawbreaker/NOFX mutation, whose music would go over more effectively had they a bit more energy. They just seemed a bit awkward onstage, which would be understandable had this been their first gig, but like I said, it was not. Tighten it up, boys, the songs are there, you just need to work a bit on the presentation. 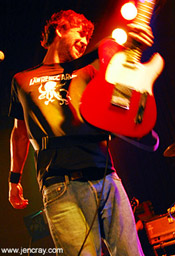 The Young Livers, another child of Gainesville, were hard for me to wrap my head around. It was as if the vocals were on one plain, the guitars were on another, and then the drums were desperately trying to bridge the gap in between. It was complexly layered hardcore, and maybe it was my beer buzz, but I just couldn’t follow it.

Lucky for me the music of The Draft only gets better under the haze of one too many Bud Lights. Displaying an extra jolt of adrenaline this time around, Wollard (in particular) seemed to have eaten his Wheaties that morning. Songs that already floored me on record – “New Eyes Open,” “Not What I Wanna Do,” “Longshot” – blew up in person.

All around me, members of the three opening bands swayed alongside fans, screaming along word for word, and juggling plastic cups and cigarettes. Shows like this – music like this – bring it all back to the basics of rock ‘n’ roll. It’s dirty, it’s not always healthy, and it will leave your head aching in the morning, but, DAMN, didn’t you have a good time?!

To see more photos of this, and other, shows go to www.jencray.com