After one too many punk shows this fall, I decided it would do me some good to take in a show that didn’t have me constantly looking over my shoulder for a flying arm or leg. 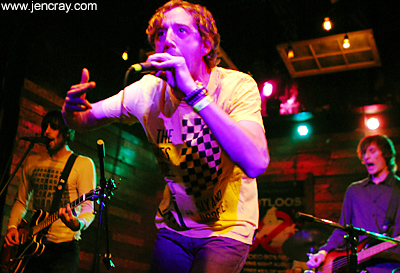 It was with this desire for something a bit more diverse than melodies that hang on three chords and a scream, that I found myself taking a chance on a four-band indie rock bill topped off by Low Vs. Diamond.

Other than the headliners, I wasn’t familiar with any of the other bands prior to popping into Backbooth. A barren room let me know that I was not the only one who had yet to discover Orlando’s latest addition to its ever budding folk rock roster, Introduction to Sunshine. 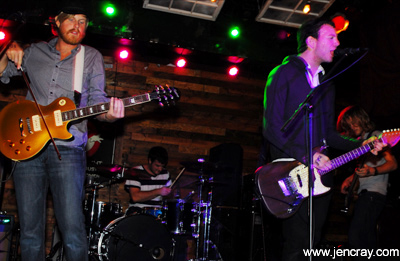 Even fewer were aware that a couple hours south, in a coastal town called Stuart, there resides a band that has found a way to incorporate a Jimmy Page inspired bow-instead-of-pick guitar trick into music that otherwise feels like early Radiohead. Leone was a gorgeous surprise to the punctual fans in the room, a band whose attention to song structure felt far beyond their years. Just when I felt that the band was veering a little too far into already chartered territory, they’d take a hard left into something unexpected. This is a band to get excited about, and though this was their inaugural trip to O-town, I’m hoping that it won’t be their last. 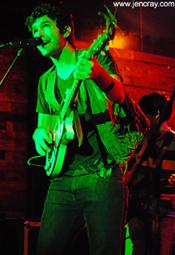 Introduction to Sunshine’s vocalist/guitarist Michael Serrin wears his guitar strapped high on his chest like John Mayer, and even looks remarkably like the singer/songwriter, but the music that he and his band make is more in keeping with the alterna-country/folk rock vibes of local peers Band Marino, only without the banjo and jamboree sing-a-longs. Their modest set of easy listening, but not dull, folk pop hints at great things to come. If only the band had a catchier name.

Seattle trio Barcelona fell short of impressing. With lead singer Brian Fennell stuck behind a keyboard, the performance was forced to rely too heavily on the strength of the songs themselves. Unfortunately the songs, not even the singable “It’s About Time,” weren’t strong enough to carry the set. To be fair, the band’s bassist was AWOL and though there was no mention of his absence, the source of low end was sorely missed. At best the band came off like a less experimental Mute Math, but a handful of happy fans were still tickled pink by their every move. 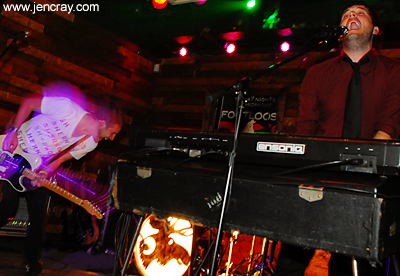 Low Vs. Diamond could have fallen flat on their faces. On record they make the sort of airy, midnight indie rock that The Killers have taken to the bank. Few bands can translate this moody elegance into a transcendent live experience, but this quintet from Los Angeles succeeded in doing just that. Playing their debut self-titled disc from start to finish (“..because we did it last night in Georgia and it went well, so we thought we’d do it again,” vocalist Lucas Field explained) was another risky move that they turned into a triumph. 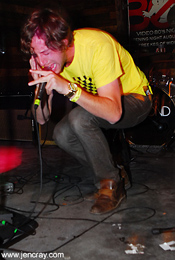 The band crammed onto the tight corner stage and played like they were standing on a large stage in front of an even larger crowd. Playing as if they had already met and passed their peers on the hard road to the big time, they effortlessly turned an indie show into an arena-sized event. Musically their sound was expanded, with even bigger life getting breathed into songs like “Don’t Forget Sister,” “Killer B,” and the hit-single worthy, “Heart Attack.”

They’ve got the look and the swagger down pat, and with The Strokes still on hiatus, Low Vs. Diamond could be contenders for the hipster-cool crown.