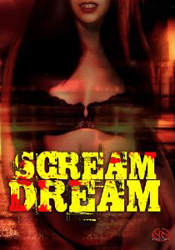 The technical quality of this disc is rock bottom, and that’s the biggest drawback. It looks like it’s ripped right from the orginal VHS and you can even burn through the FBI warning at the beginning. Tape artifacts haunt the edges of the film, and the audio is a bit rough, but not unintelligible. Except for Carr and Moore, the acting is sub-community theatre with band manger Amonette and fanboy Rick (Trey White), and his girlfriend (Jenny Davis) particularly laughable. While this is by no means a classic, there’s enough fun on this disc to justify the time spent watching it. Moore is a real cutie, and the backing band Rikk-O-Shay is a typical cover band, skilled with their instruments and equally at ease in clubs, weddings, and Bar Mitzvahs. The ’80s were a fun time, there was more money and less bloodshed than the ’60s, and everyone dressed for success whether in the boardroom, the bedroom, or the graveyard.