My fascination with The Psychedelic Furs predated my awareness of – or appreciation for – most other “new wave” acts of the 1980s by a matter of months or years. Exposure to such wonders was left to the whims of college DJs. Discoveries were made via radio, as cable (and the accompanying MTV, USA Network’s Night Flight, and Canada’s Good Rockin’ Tonite) didn’t arrive in my house until mid-1983. Bands such as The Furs, Devo, or Oingo Boingo fought their way past Van Halen and Billy Squier on the dial to my bedroom boombox, where I, like a Navy cryptographer, patiently waded through the static, cheap blank cassette at the ready, to decode the latest messages redirected from London and Los Angeles. 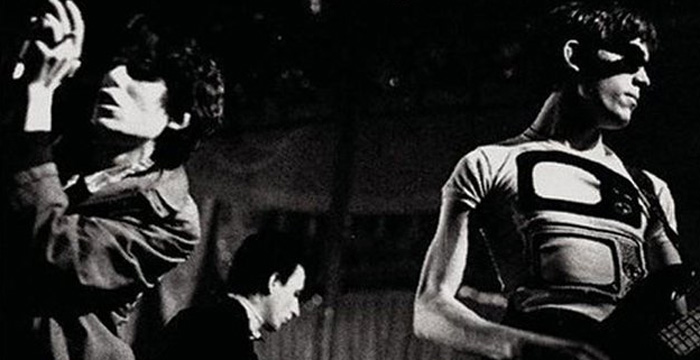 A fourteen-year-old’s record-store budget was tight back then, so a broadcasted single from the Psychedelic Furs’ second LP, Talk Talk Talk – perhaps “Mr. Jones,” I can’t remember – really must have touched a nerve in me. I played that record to death, probably played it 50 times before I first saw a Psychedelic Furs video on TV. Talk Talk Talk, with its occasionally enigmatic, sometimes blunt observations and jaded, street-level commentary, was the first palatable post-punk I consumed. It was raucous, mysterious, erotic rock ‘n’ roll, with saxophone. Talk Talk Talk was important music, important enough for me to keep it in heavy rotation while enjoying the Furs’ later, more popular, brilliant but often “brighter” offerings.

Delightfully, The Furs – doubtlessly recognizing the album’s pivotal role in my musical awakening – recently chose to perform Talk Talk Talk in its entirety for their fall European/UK tour and spring/summer US tour.

I anticipated the band’s Seattle appearance with a bit of trepidation mixed with enthusiasm, a combination that I’ve come to adopt when it comes to rock stars who’ve been at it for three decades or more. Will this be one expedition too many?

Within moments of the concert’s start, I felt foolish to have held any reservations at all. The Psychedelic Furs, one of the best live bands of our time, proceeded to put on a stunning show that exceeded any of their previous efforts that I’ve witnessed.

The band played Talk Talk Talk in order, which put the usual gig highlight, “Pretty in Pink,” in the second slot. Despite this early “recognition peak,” the crowd went wild at the end of every song during the whole night, and for good reason. Not only was the band on fire, ultra-charismatic leader Richard Butler – the youngest man in the room – brought his A-plus game to the Showbox. Early on, a friend yelled in my ear, “Richard’s the happiest frontman I’ve ever seen!” Indeed, Butler seemed ecstatic, and his well-traveled voice was surprisingly strong. The showman’s full repertoire of patented gestures and trademarked moves – the “Give It All Away,” the “Oh, Well,” the “Pirouette,” et cetera, were utilized often and well throughout the night, and the fans just ate it up. 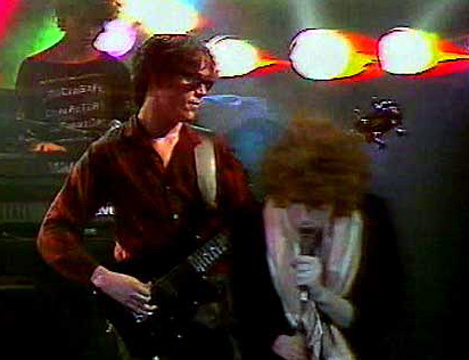 Frequently shaking hands with those in the front rows, Butler was every bit the sex-symbol image he created so many years ago. Despite the spectacles and weathered face, the singer somehow defies middle age every time he grips the microphone. A musical Dorian Gray, indeed.

“Dumb Waiters,” “I Just Want to Sleep with You,” “Into You Like a Train”… the Talk Talk Talk tracks seemed to cascade off the stage in a pounding, yet graceful fury, with Tim Butler’s bass, Paul Garisto’s drums, and the pogo-ing audience shaking the historic theater. Legendary saxophonist Mars Williams quickly established himself as the song-stealer, garnering cheers every time he touched his lips to the mouthpiece. Williams didn’t alter or hog the songs, though, as he could have; his few solos were tasty and tastefully placed. As the “Talk Talk Talk set” wound down with the sax-driven, atmospheric “All of This and Nothing,” it seemed as if the Furs had given the crowd their money’s worth. However, there was more to come, and few dared to leave their vantage points for refreshments when the lights dimmed.

The band’s second, “grab bag set” began as quietly as the last had ended, with their somber masterpiece, “Sister Europe.” The familiar tinkling of “Love My Way” prompted a roar from the crowd; The Furs have not always toured with a keyboardist, and the contributions of Amanda Kramer (ex-Information Society, Golden Palominos) were an immeasurable plus to the evening. Besides accentuating Williams’ notes and guitarist Rich Good’s stellar riffs, Kramer provided an aural glue to complete the wall of sound. Her work on “Highwire Days” was unfortunately muddied by the bass; a minor blemish on a performance that should have been recorded for a live album.

After a fistful of fan-and-band favorites, Butler – still bouncing between numbers like a prizefighter about to enter the ring – slowed the pace with the exquisite “My Time” from Mirror Moves. The audience was then reminded of the narrow chronological gap between the Sex Pistols’ demise and the Furs’ rise with the tumultuous closer, “India.” 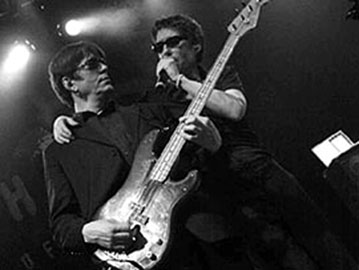 The Psychedelic Furs have obviously traded on nostalgia since their reunion a decade ago; they haven’t released an album in twenty years. However, they’ve never taken nostalgia for granted, never creakily gone through the motions for a payday. Apart from the music, above the recollections of adolescent adventures that such music prompts, it was so refreshing, so validating to see such icons playing like it was their last – or first – time on stage. This night marked neither of those occasions, but all the heart and sincerity associated with such hellos and goodbyes was there, and then some.