What do you get when you arm an exotic, porcelain-skinned redhead with a flair for drama and a voice that could hypnotize a school of hungry sharks? Florence Welch. The 25-year old English beauty has one album under her faerie wings and yet puts on a stage production better developed than bands with three times her experience. 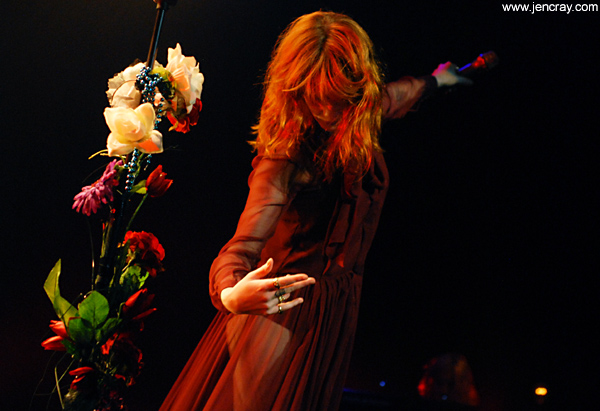 Is it her songs? Is it her voice? Is it her presence? Is it the way she skips (yes, skips) all over the stage, barefoot, like a kid frolicking in the forest?

It’s a bit of everything, and it’s magical.

The sold-out-for-months Orlando date of Florence + the Machine’s headlining tour was squeezed into the siren’s stint as opener on the larger-than-life U2 360° Tour. 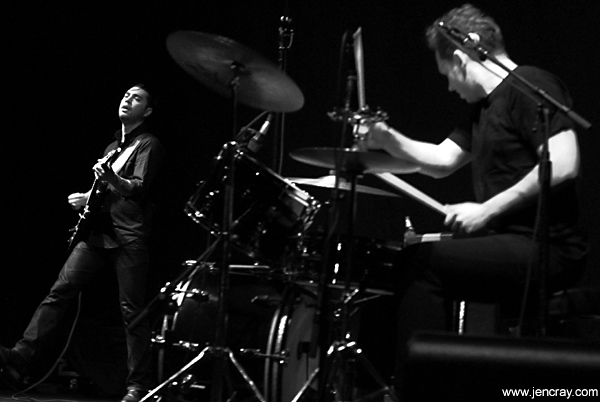 Jumping in as her opener was the relatively unknown Hanni el Khatib, whose one-man garage rock blues was doubled with the touring addition of drummer Nicky Fleming-Yaryan. Though borrowing heavily from Jack White’s style of guitar playing, Khatib’s melodies actually felt more akin to The Misfits than to The White Stripes. A quick cover of Danzig’s “Mother” drove that point home for anyone that missed the nuances within the music. He and his drummer got swallowed up a bit on the vast stage, buried deep in never-changing red light, but their sound made promises to be cashed in on future, more intimate dates. 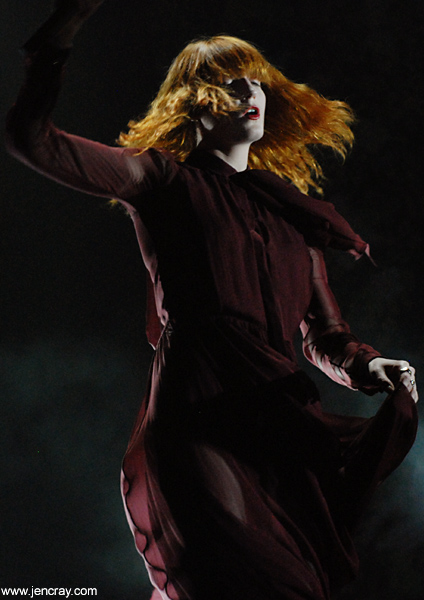 Seeming to be ripped from the pages of a fairy tale, Florence Welch arose behind a flower-decored microphone stand and in front of a stage-spanning tapestry. Backed by a band that includes her longtime collaborator, the “Machine,” Isabella Summers on keyboards and a harpist whose hands peel away the framework of the air to allow for Welch’s vocals to sail through, a spell is cast over the crowd that could teach Harry Potter a thing or two. 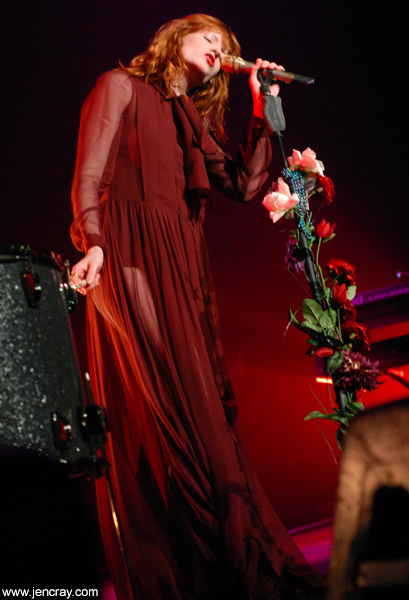 Appropriately, Welch gushed about her day spent at Universal’s Islands of Adventure and teased, “Maybe next time we play here we should play in Hogwart’s.” I could think of no place more fitting for her otherworldly, Celtic-flavored, danceable soul.

Turning one album into 75 minutes of high art is a feat few could accomplish. Making those minutes un-lookaway-able is an even harder bill to fulfill, but such was this night spent with Florence + the Machine. Joined with the vocals of 3,000 well-studied fans, songs off of Lungs spread their wings and what sounded impressive on record became jawdropping in person. 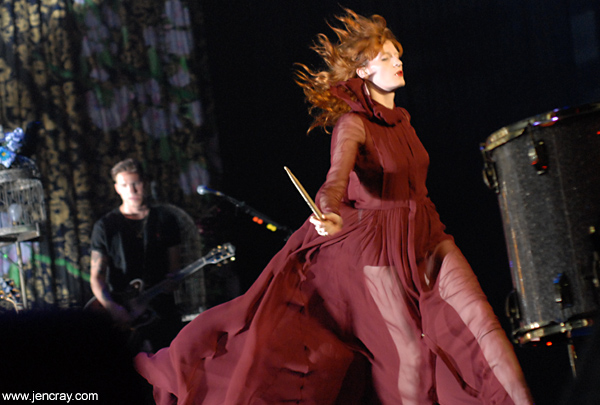 Whether it was Welch’s sexy aggression during “Drumming,” her dramatic poses and spins during “Between Two Lungs,” the chilling beauty of thousands of voices humming along to “Cosmic Love,” or as many hands being thrown in the air for “Rabbit Heart (Raise it Up),” the setlist played out more like a two-act play than your average rock concert. The play culminated with a floor-shaking group pogo, a tradition upheld at the urging of Welch, that turned the hit song “Dog Days Are Over” into an even bigger anthem. 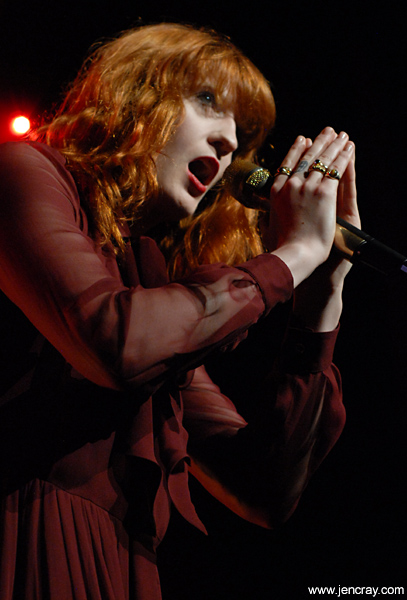 In between songs that pushed the boundaries of even the healthiest pair of lungs, and theatrical poses that hint at years spent doing yoga, she managed to slip in a line or two of Lady Gaga’s “Judas,” just for kicks. She gave the provocative dance hit a face-lift and made it sound as if Loreena McKennitt could have penned it, but then again she could have sang “Row, Row, Row Your Boat” and made it sound epic! 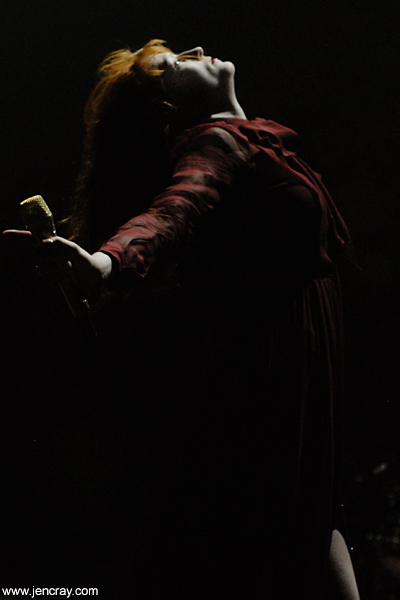 With her lungs finally purged of air, and the metaphorical clock about to click midnight, Florence Welch skipped from the stage to board her crystal pumpkin and ride away from the ball. Until next time, when we all (hopefully) stand inside the walls of Hogwart’s Castle to once more be taken away on a spectacularly soundtracked dream.

Gallery of live shots from this show: Florence + the Machine • Hanni el Khatib