Amidst a sea of drunks in Tool t-shirts, A Perfect Circle took over Philadelphia’s Festival Pier under the backdrop of the glowing Ben Franklin Bridge and Delaware River. 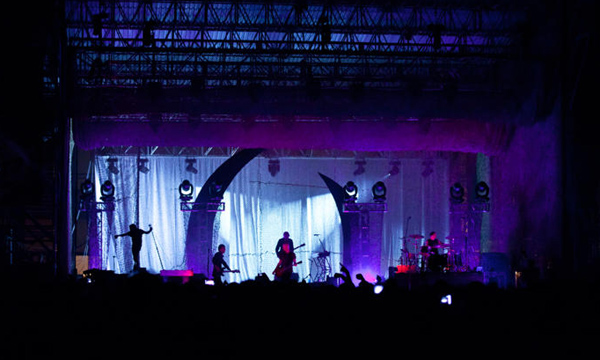 The warm July night opened with Asian all-girl poppy rock group Red Bacteria Vacuum, whose attempts to communicate with the crowd in horribly broken English were rather amusing, but it wasn’t until A Perfect Circle finally hit the stage that the sound levels rose and the audience stood at attention. 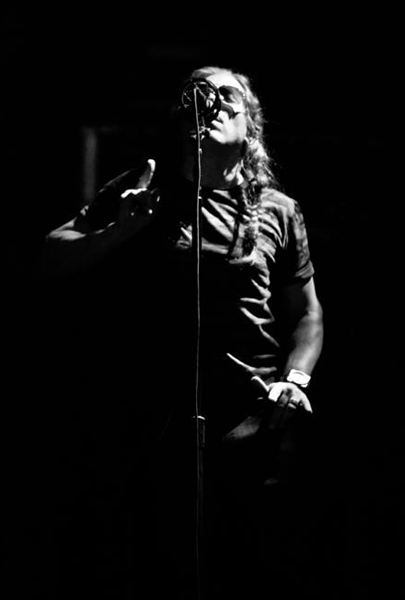 With the stage decked out in military camouflage netting, ammunition boxes, and artillery shells, guitarist Billy Howerdel seemed very much to be the front man for much of the night. Lead vocalist Maynard James Keenan was perched mostly in the background as only a long, braided-haired silhouette.

The show seemed very much to be a tour supporting their 2004 politically-charged release eMotive. In fact they mimicked the album by opening with the Crucifix cover “Annihilation,” followed by their dark, menacing, grand interpretation of John Lennon’s “Imagine.” 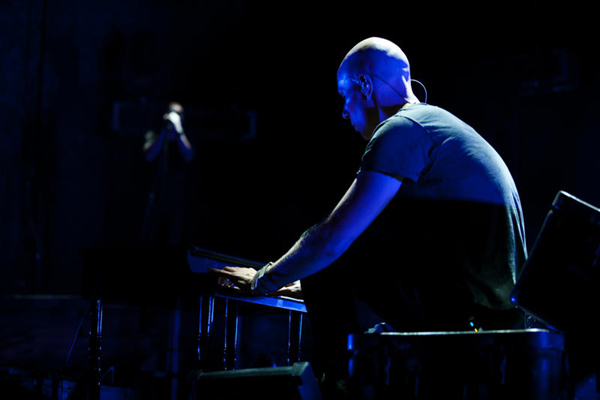 The thick texture of screaming banshee-like guitars from Billy Howerdel and Smashing Pumpkins’ James Iha filled the outdoor riverfront venue for much of the night. With drummer Josh Freese currently on a summer tour with Weezer, Ashes Divide drummer Jeff Friedl filled in and did not seem to miss a beat.

The energy in the crowd felt like it kicked into a higher gear with older originals like “Weak and Powerless,” “The Outsider,” “Rose,” and “Gravity.” Much of the packed Pier chanted along with “The Noose” during the “Your halo is slipping” lyric, and was accompanied by glowing circular lights floating throughout the crowd. 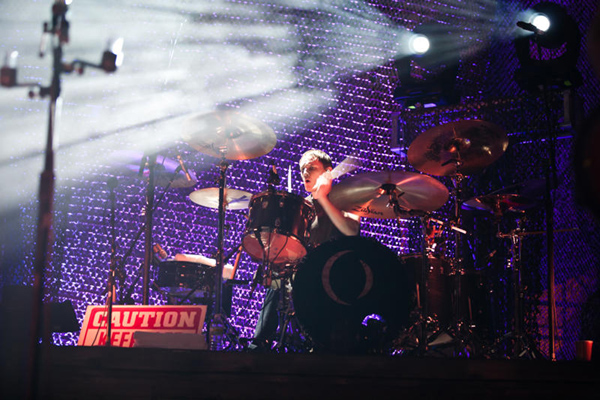 APC not only played their interpretations of other artists’ songs, they even remixed a few of their own with their “3 Libras All Main Courses Remix” (from the aMotion album), and the incessant machine-like pounding of “Counting Bodies Like Sheep to the Rhythm of the War Drums” (which is more or less a remix of the song “Pet” from the 13th Step album).

Another highlight of the night was the song “Magdalena.” Keenan replaced the lyric “Black Madonna” to “I’d sell, my soul, for one taste of you – my Philly Cheesesteak.” Cheesesteaks seemed to be a constant theme for Maynard throughout the night. Following “Passive” (one of the few originals from eMotive), Maynard proclaimed, “This is the part where we go off stage, then you guys clap a lot and we come back out and play some more… but I can’t move because I ate too much Philllllllly Cheeeeeeesesteak.” 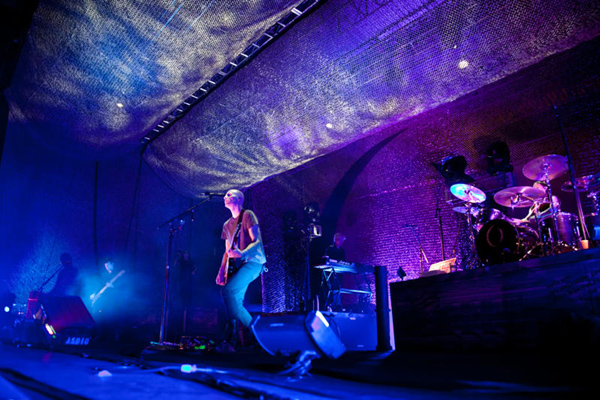 The show closed with “Fiddle and the Drum” (Joni Mitchell) and finally “By and Down.” The show was great and the band sounded tremendous, but the crowd seemed much more into the up-tempo A Perfect Circle originals, whereas many of the cover songs seemed to drag a little bit.