AC/DC: Live at the River Plate

AC/DC: Live at the River Plate 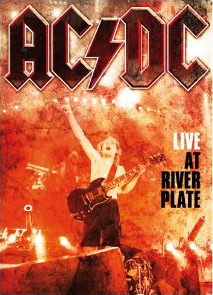 For 13 years, Argentina had been without a live AC/DC show. In December of 2009, the band exploded on The River Plate in Buenos Aires, bringing out the pent-up aggression and die-hard fans from all over the country. The intensity of the two-and-a-half-hour performance was captured and released last year on DVD. As far as I can tell, AC/DC: Live at the River Plate rocked about 200,000 faces off. They intersperse the classics with some newer tracks like “War Machine” and “Black Ice,” but when they break into songs like “You Shook Me All Night Long,” “Dirty Deeds Done Dirt Cheap” and “Highway to Hell,” there must have been readings on a seismograph because everybody was jumping up and down and screaming. I’m hoarse just watching it. I have to laugh when watching the band itself. Lead singer Brian Johnson does his lead singer thing, playing to the crowd and keeping them engaged. Guitar god Angus Young looks as if he is seizing when he is playing any guitar solo, and his energy in itself is enough to keep the audience flying high. But the other three members don’t move… at all. Drummer Phil Rudd has an obvious excuse, but rhythm guitarist Malcolm Young and bass player Cliff Williams act as if their feet are cemented to the ground. The only time they move is to provide very brief backup vocals and then take their places back at their respective footprints. For such a high-energy show, you’d think they would try to be, I don’t know, more energetic. If you are an AC/DC fan and have never seen them perform, then get this DVD. You will feel like you are are right in the middle of everything. Even if you have seen them live, this will give you a rockin’ reminder why they are some of the best rockers of all-time.