with Set Your Goals, The Wonder Years, Man Overboard, This Time Next Year

According to the title of New Found Glory’s Fall tour, Pop Punk’s Not Dead… it sure has gotten pretty lame over the last decade though, hasn’t it? Four bands loaded up the PPND tour behind the veteran headliners, and of the four only one was good enough to match the sugar high fun of the Coral Springs, Florida band. 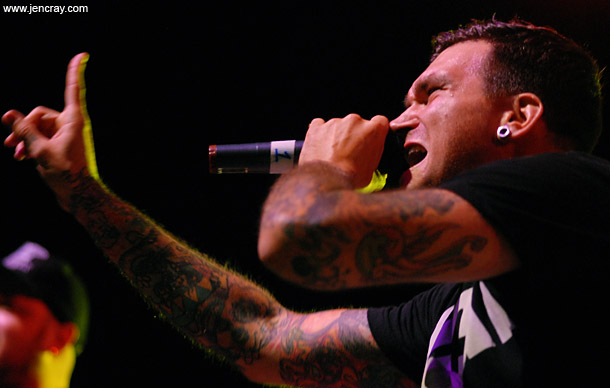 The Wonder Years have so much contagious energy that toddlers would be crowd surfing if they could. Hell, I wanted to crawl up on top of those outstretched arms and go for a ride – and I haven’t done that shit in 15 years! It’s not that the six-man band writes the best songs – though “My Last Semester” would definitely have gotten multiple plays in my high school car’s stereo – but they have that indefinable thing that charges up a crowd and, let’s face it, if 2,000 people are into it, it’s kinda hard not to enjoy it a little bit. When I saw them play a small stage at this past summer’s Warped Tour, it was the same thing – currents of crowd surfers and high decibel sing-alongs to every song the band dropped. Their effect on the adrenaline levels of the young audience is a surprise, even to security. 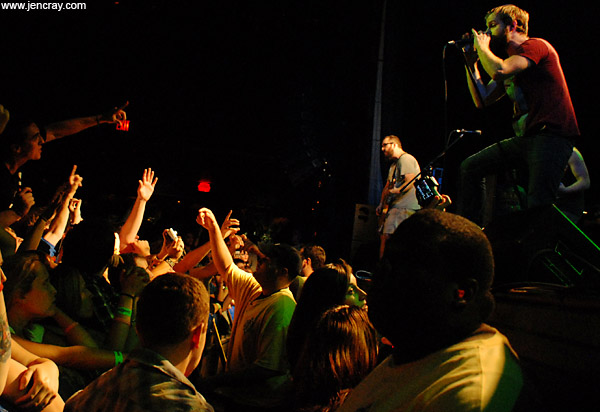 The Wonder Years should be headlining their own tour… Set Your Goals should not. Their music was nothing noteworthy – typical melodic punk that’s dipped its feet in hardcore without absorbing its brute force, and the yin/yang pair of lead vocalists were even less memorable. The crowd enjoyed them well enough, but comparing them to the reaction The Wonder Years inspired – and to what New Found Glory would soon receive – was like comparing diet soda to tequila shots. 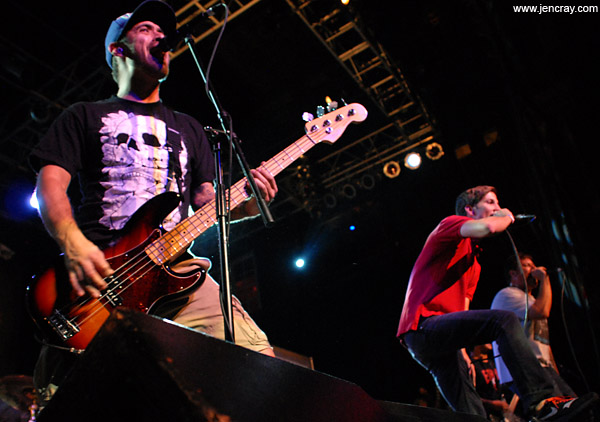 In-between bands, the largely teenage fans ran to the nearest bar… only to gulp down cool cups of water, rehydrating just enough to get them through the next sweaty, surf set. Sometimes I forget how fun these high-school-crowd-drawing shows can be. Watching them throw their bodies around like rag dolls, without any concern for personal safety – it’s like watching the monkeys swing from vines at the zoo! 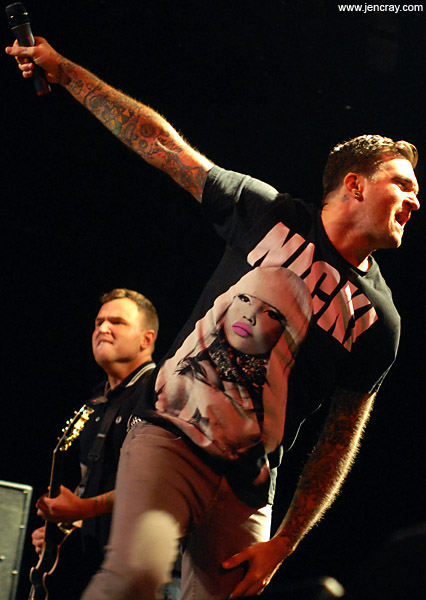 Rather than hold on to their biggest hit until late in the set, as tends to be the standard, New Found Glory opened up with “Hit or Miss” – simultaneously beginning with a bang and allowing casual fans to hear their favorite song and slip out early… Not that the venue seemed to be loosening up in the slightest. Filled to capacity, the House of Blues had become the House of Pop Punk and these kids were in it for the long haul.

Having lost none of the energy the band has had since their inception in 1997, NFG hit all of their high notes (“Understatement,” “My Friends Over You”), and slipped in new material off of their seventh album of the same old, same old, Radiosurgery. Riding in on a major sugar high, the new songs are poppier than ever and, as the title track says, “it makes my brain hurt.” 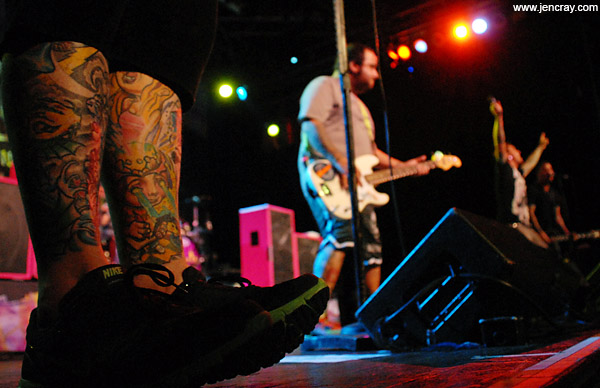 Some of these tracks are sure to burrow themselves deep into the minds of the unsuspecting, like “Anthem for the Unwanted.” One of the band’s best songs in years, it has a melody catchy enough to have been mistaken for a lost Fall Out Boy tune. It’s so good that it almost makes up for singer Jordan Pundik’s ridiculous is it ironic? Nicki Minaj t-shirt… almost. “Summer Fling, Don’t Mean a Thing,” in addition to having a great title, is another irresistible newbie. 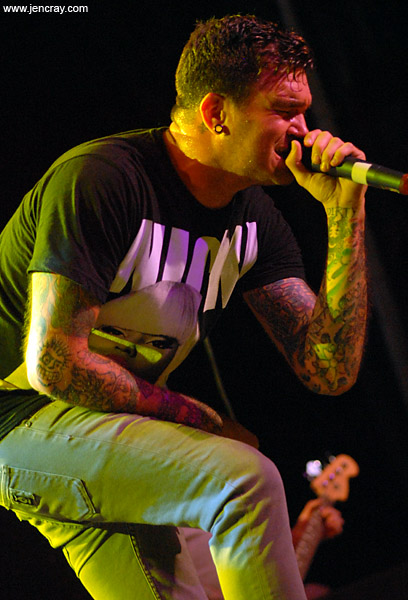 An encore of classic pop punk covers allowed the crowd of under-agers to scream along to “Basket Case” by Green Day and The Ramones’ “Blitzkrieg Bop.” The pair of brilliantly fun covers unintentionally made NFG’s otherwise quality originals sound much less potent. Time will tell if the brightly tattooed songwriting team will have penned some songs that last for decades to come.

Still, seeing them rock out these hits with fanboy gusto was a highlight of the night… or perhaps I was just excited to see Pundik change out of that freakin’ t-shirt. 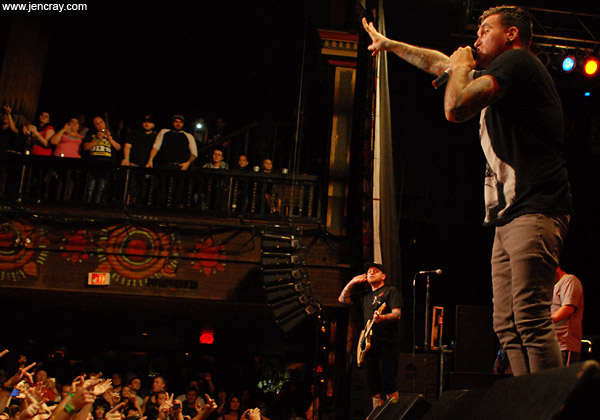 New Found Glory, a band I never got my ears behind until recently, can be grandfathered in to the pantheon of Pop Punkers for their sheer will and consistency of sound. After 15 years their songs still sound the same, and their audience has barely aged. If one thing can be said about pop punk, it’s that it keeps us young!