Let’s get something straight; you know who Roger Hodgson is. You just may not know that you know. Here’s a few words that should help you recall. “Give a Little Bit,” “The Logical Song,” “Take The Long Way Home,” Supertramp. There you go. Maybe you own one of the over 60 million albums they sold, or heard one his songs, honored by ASCAP for being the most performed. 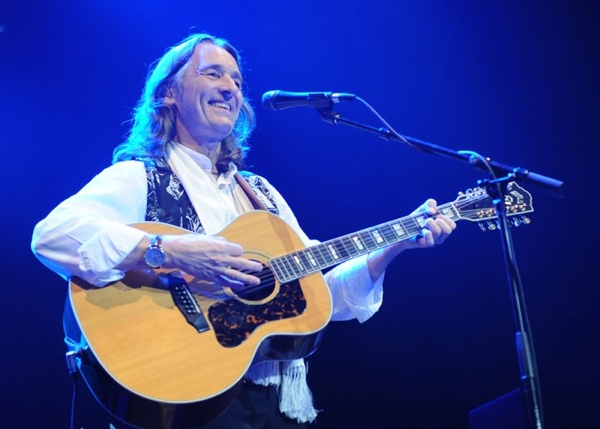 Though he’s been touring the world (solo and sometimes with band and/or orchestra) for the last eight years, this is his first time through the United States. Naming the tour Breakfast In America has helped the audiences here connect with him by recalling the songs and voice we all recognize so well, though perhaps not by name. Those previously-mentioned songs and many others are songs most of us can sing along to, and this well-received tour should help put his name on his shining voice here. But it’s not really just about attaching a name; Roger tours “because I just want to ‘give a little bit’ to life and to the world, and give what I can to help, and make people feel good and give them a bit of hope and joy and bring them together. I believe that really can be music and the artist’s purpose, to help people at least for two hours and then maybe in their lives.”

You’re going to read the words “spiritual” and “deep” a lot here because they relate to the core and drive of what gives Roger the power in his ability to connect directly to our hearts and souls when we open them. “Who are we and what is our purpose for being here?” These are the questions Roger has wed to catchy lyrics and melody, hopefully to evoke our exploration of that in ourselves. But he does so gently, with his own brand of tender loving catchiness.

Roger’s desire to create was born out of his lack of a deeper spiritual upbringing in his school years. His guitar became his best friend there, and he began writing songs at age 12, though he explains, “I didn’t really have a spiritual upbringing. I was raised in an English boarding school which is a very kind of harsh, typical Christian upbringing that didn’t make any sense to me. I never did well with anyone trying to preach to me so that is the last thing I want to do to anyone else. What I wrote about is what I felt passionate about, or what moved me the most, what I was feeling the most at the time. Obviously I was and always have been on my own spiritual quest, very private and personal, and a lot of my inspiration was my longing and yearning to know God and to know love which to me is the same thing. So that’s the place of longing that I went to when I started playing an instrument and that’s where the magic happened and a lot of these songs were born. My greatest gift was being able to come to California and redefine myself which helped me break out of all the conditioning I’d received in England.”

Most people would agree that entering the world of love is a good thing no matter which door you choose to enter, and Roger gives us choices as well. “A lot of my love songs I have so that people can take them in whichever level they want to, either in human love or divine love. I think artists are just human beings but naturally music is where I went to share my deepest emotions, questions and longings. I think because I did that it helped other people who maybe didn’t feel safe to ask those questions, and to not feel so alone. I’ve received a lot of emails saying thank you for making me feel not too alone.”

Roger simply exudes the art of connection. Because his song’s meanings are so positive and uplifting, our own life’s experiences with them are usually true and happy memories. Theaters and other venues filled with the energy of all those hearts in those moments help create that powerful connection Roger easily turns on with his smile, voice and music. As a natural at it, does he experience different styles of connection between his international audiences? “[The] further south you go into the Latin cultures, the more passionate they are, their response is immediate. They go absolutely wild. The more north you go, the more reserved we are, and it takes a little longer. But basically I think that people’s hearts are the same worldwide. I really just try in the show to bring people’s hearts out. And it’s not really trying – for me it’s literally going on stage and having the time of my life, enjoying what I’m doing, putting my heart in my songs. Then people, especially if they have a relationship with these songs, automatically start to feel things pretty deeply. I look out and see people crying and laughing and hugging each other, so it’s obviously a deep experience I’m giving people. At the end, when I play “Give a Little Bit,” people are smiling and dancing; that’s what I want to do, I want to free people’s hearts to really come out. Because it’s a tough world right now and people are kinda shut down and struggling and I think music can be a great medicine. Maybe I’m a medicine man.” 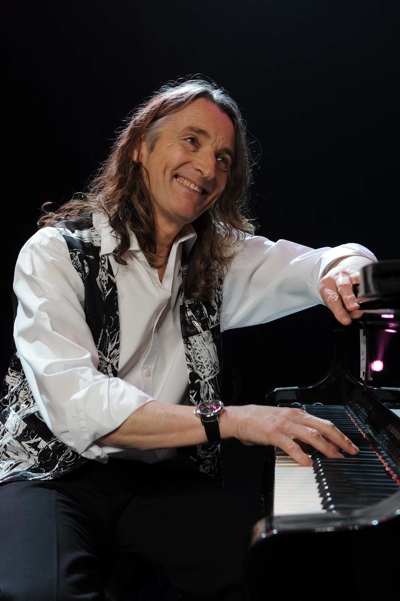 An event that certainly is a testament to that is when Roger took a bad fall and shattered both his wrists in 1987. The doctors’ prognosis was that he would never be able to play music again. Roger just said no to that, and was playing again a year and a half later. “It was a huge change, a wake up calI, so I had to really look at who I am without music because the doctors told me I would never play again. Homeopathy is the main thing that helped me, and I didn’t have to have screws and splints in my wrists as it helped the bones grow back in the right place. And a lot of physical therapy, praying and intention and absolute determination that I wanted to share music. So it was time to not take things for granted and really fighting to get back to where I could play music again.”

After Supertramp’s stellar success, Roger knew that raising children and nurturing his family was an endeavor that a rockstar could not keep up with, so he chose the priority of staying with his family while his two children were growing up. He gave his family “a healthy home in California away from the music industry and in a clean environment. We did a lot of home schooling in a home totally solar powered and off the grid. I was green before it became fashionable. I’m very glad I took that time off to be with my kids, and it enriched me spiritually too and I think that’s why I’m in great shape today. I took a sabbatical from the music industry and was craving a more simple life. It all came together at the same time, and now I’m back and kind of doing things on my own terms. I’m healthier in my heart and being, older and wiser, people tell me I’m singing better that ever, and enjoying myself better than before.”

As for the ever-elusive reunion question, there was a time when Roger offered to join in some of Supertramp’s touring but they refused him, while continuing to play some of Roger’s songs. That broke an agreement between he and Rick Davies (Supertramp’s other principal songwriter) that Rick could keep the band name, though they would not perform each other’s material. Roger admits the time for that reunion has passed. 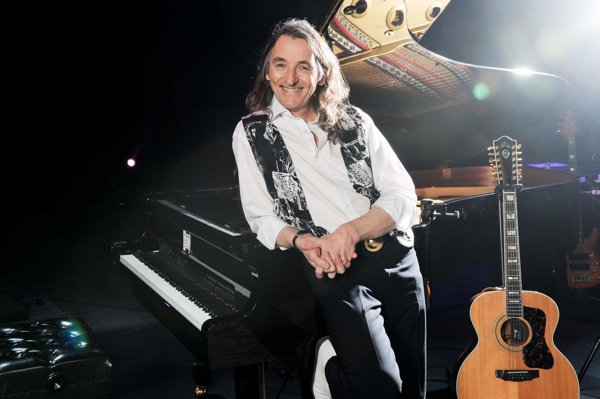 Okay, quick checklist here: Fourteen years in Supertramp ending with sold-out arena tours, and touring with Ringo on his 2001 All Star Tour, four solo albums and eight years of “solo” tours, performing at the Concert for Princess Diana at Wembley Stadium, raising money for Tsunami Relief, Red Cross, UNICEF, World Vision, Hurricane Katrina efforts and many other worthy causes… okay, I apologize. So there is no “quick” list possible of Roger’s accomplishments. But at least now you have a better idea who he is and his name beyond Supertramp should have a closer connection with you.

And what does Roger look forward to after his already full and worthy resume? Well, there is that stash of 60 unreleased songs that will surface “when the time is right.” But overall he paints a bigger picture for us. “My heart is really calling to do more live work, for me it’s the connection I have with the audiences and bring people together in sort of an alchemical connection way. I look to deepen that and make it more powerful and effective to people because there’s so much more that can be done with music. We haven’t really scratched the surface.”

Feel free to check Roger playing live at his Youtube channel; http://www.youtube.com/MrRogerHodgson, and see his tour schedule and much more at his website.