The first thing that strikes me when Tom Petty walks onto the Amway Arena stage is how much he reminds me of Dave Grohl. Sure, he looks more like David Spade, but his ease of cool and his just-happy-to-be-here attitude smells of how the Foo Fighters’ frontman will be in, say, 15 years. 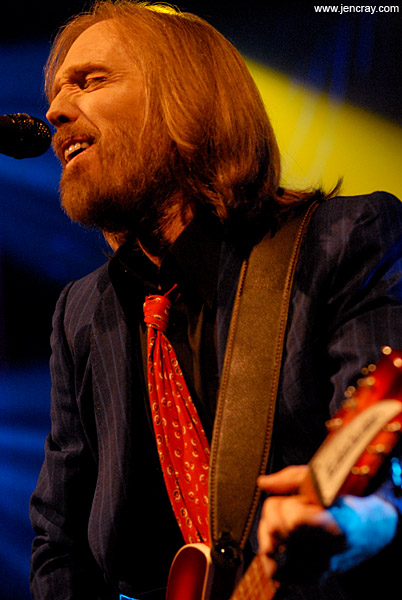 As for Petty, file him alongside Springsteen, Dylan, and McCartney as a songwriter/musician who could sell out a show anytime, anywhere, even if he never wrote another new song. His vast catalog of material includes two albums he made as part of The Traveling Wilburys alongside Bob Dylan, Roy Orbison, George Harrison, and ELO’s Jeff Lynne, a song from which he slipped in to tonight’s set (“Handle With Care”). Not bad for an Elvis fan from from Gainesville, Florida.

Staying true to his history of choosing warm-up acts good enough to get the fans to the venue early (the last time I saw Petty, The Strokes opened up), the evening began with a gorgeous set by Russian songstress Regina Spektor. An a capella opening, with her tapping fingers serving as percussion as they struck the microphone with every heartbeat, at the base of a filled arena is a bold, BOLD move and she nailed it like few others could! 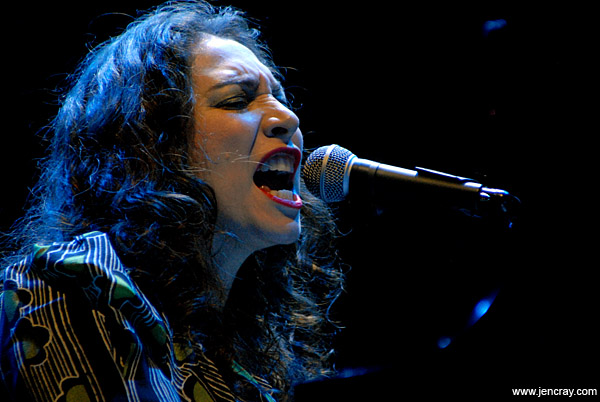 Once seated at her piano she was joined by a full band – including a cellist, and what followed was far greater than what her inescapable (and, I’m sorry, nauseating) hit “Fidelity” would have predicted. “All the Rowboats,” off of the upcoming What We Shaw from the Cheap Seats, is a plucky, poppy future chart-topper that sounds like early Tori Amos. In response to the audience’s generous applause, the curly-haired Spektor smiled sweet and humbly, but the power in both her voice and piano fingers betrayed a steady confidence. 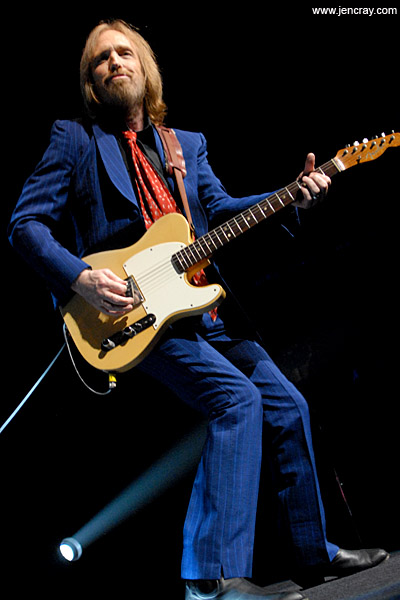 Tom Petty & the Heartbreakers, some of whom have been playing with the man since 1970 when they were called Mudcrutch, opened up with a song that was on the charts before my first birthday (feel old, yet?). “Listen to Her Heart,” from 1978, was followed by a hit from the ’90s (“You Wreck Me”) and another from the ’80s (“I Won’t Back Down”). Five decades worth of ear-ticklin’ nuggets followed, including some deep cuts – like “Something Big,” off of 1981’s Hard Promises.

“I always liked this one, and I never got to play it,” Petty admitted before launching into the blues rocker – one of many songs that allowed the frontman to show off his guitar chops alongside lead guitarist Mike Campbell. 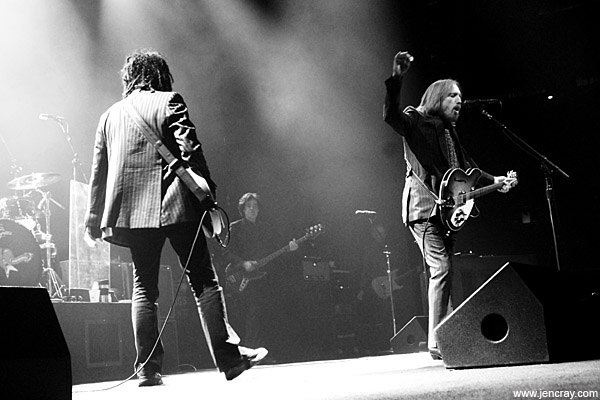 The opening strums of “Free Fallin’,” perhaps Tom Petty’s best known song, spurred venue staff to creep into the stairwells to tap their feet and nod along. A few rows in front of me, a pair of women raised their hands in near prayer, treating the song as if it were gospel. Older fans who had enjoyed previous songs, seated, felt compelled to rise up, and of course everywhere the eyes wandered, a lit up blue screen reflected back the images forever being captured on an innumerable amount of mobile devices. 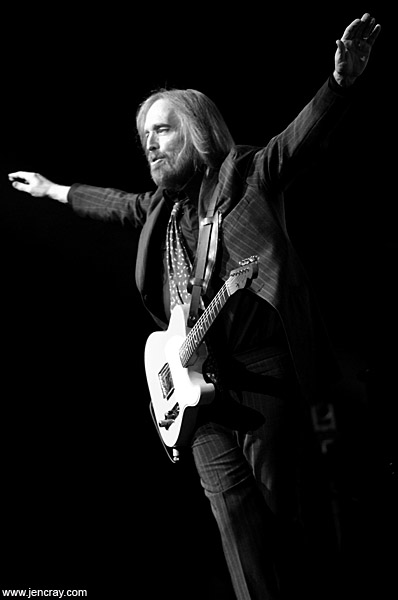 The bubble of a “moment” that swells up and encompasses an entire arena full of people comes few and far between in the live music scene, but it is for these moments that we all feel so compelled to be there.

Everything that happened after that – the drunken scream-along during “Refugee” that was going on all around me, and the one-two punch encore of “Mary Jane’s Last Dance” and “American Girl” – was all gravy.

Gallery of live shots from this show: Tom Petty and Regina Spektor.