Bruce Wayne could give a rat’s ass about what goes down in Metropolis, Keystone City, or any other burg in DC Comics’ very provincial universe. Gotham City is his to roam, his to protect, his to serve. 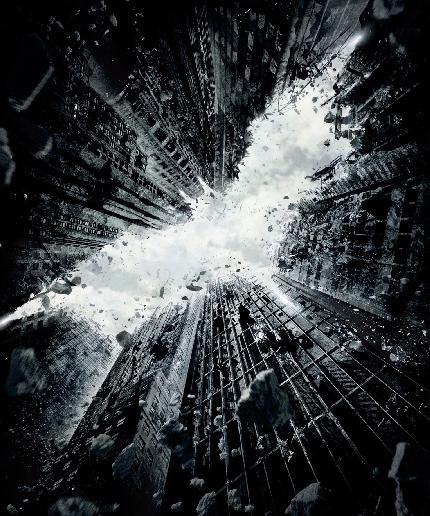 Historically speaking, that is. It’s been eight fictitious years since the tragic demise of two-faced Harvey Dent, and the Batman’s subsequent, self-imposed exile as a willfully branded murderer. With the advent of the “Dent Bill,” violent criminals have been detained indefinitely, and there is no desire for a caped-and-cowled champion. The Bat Signal lies shattered and rusting. But is there still a need for justice, for selfless bravery, for vigilance against the evil that men do… in short, has the city been lured into forgetting what the sign of the bat symbolizes?

Yes, “the city.” Like no other inked municipality, Gotham is a living, breathing character unto itself – sometimes gritty and menacing, sometimes majestic and awe-inspiring. Filmmaker Christopher Nolan has now made a third film that wondrously projects that multi-dimensional character onto a screen without (thank you, God) the “aid” of 3D technology. 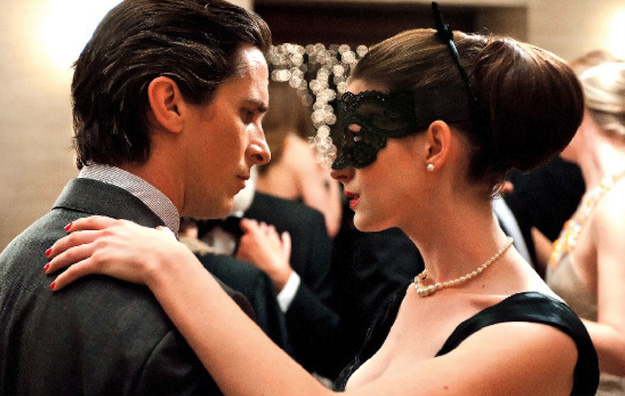 In The Dark Knight Rises, characters of the human variety are numerable, and quite memorable. There hasn’t been this many recognizable actors on one screen since Cannonball Run II, but thankfully none have throwaway cameos. Among the most notable… Gary Oldman returns as a ragged Commissioner Gordon, wearing the cover-up of Dent’s villainous descent like a lead raincoat. Oldman doesn’t get enough screen time in this outing – does he ever? – but is expectedly brilliant, moments at a time. Christian Bale’s Bruce Wayne, hobbled by years of rooftop leaps, is surprisingly and sympathetically vulnerable. Thankfully, his lispy, guttural mouth-breathing while wearing the cowl is kept to a minimum; Batman only appears when it’s time to either kick ass… or to get his ass kicked.

Portions of Oldman’s and Bale’s scripts seem to have been re-allocated to Joseph Gordon-Levitt, who portrays a headstrong and virtuous young cop whose appeal factor is off the charts. 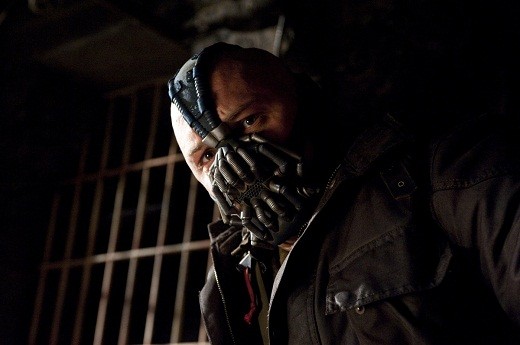 Oddly, there are very few women to be seen in The Dark Knight Rises, but less proves to be more. No one could make an audience forget the long list of cinematic Catwomen, so a complete, back-to-basics reboot was clearly in order. Sleek and impossibly sexy, Anne Hathaway re-invents the jewel thief as a wrong-side-of-the-tracks Robin Hood with plenty of vulnerabilities of her own. With “The Little Sparrow” in her rear-view mirror, Marion Cotillard is voluptuously radiant as a mega-wealthy financier who has an awful lot in common with Wayne. 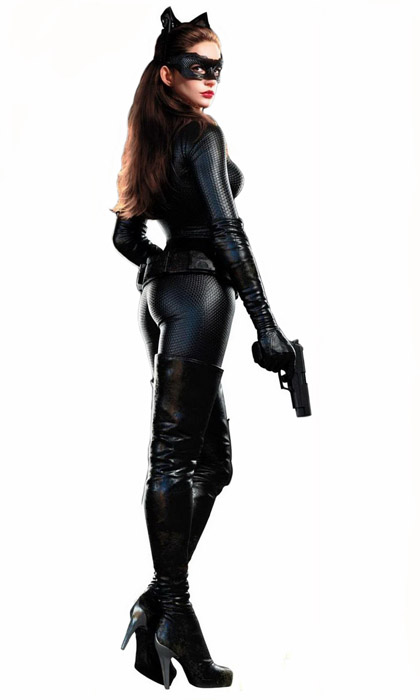 Altogether, two throwbacks to pre-Code Hollywood who take turns commanding the screen – and injecting warmth into a brutal and sometimes ice-cold film.

This multitude of personalities pop in and out of plots and subplots that careen from slightly confusing and questionable to highly intriguing and inspired in nature. Most of them involve Bane (Tom Hardy), one of modern Batman lore’s most popular baddies. While the Joker was an unpredictable but hardly bulletproof sociopath, Bane’s sheer physicality, combined with a genius intellect and a penchant for chiropractic sadism, makes for an awfully intimidating adversary of a completely different nature. He’d be even more frightening if his dubbed and off-centered voice – breathed through a weird mask – didn’t resemble Sean Connery talking through two handkerchiefs. 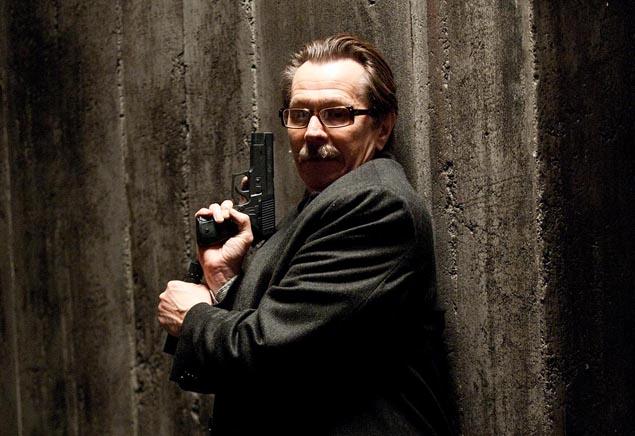 Great characters, excellent performances, a solid script, and indescribably stunning cinematography – but the most extraordinary aspect of The Dark Knight Rises is its director’s uncanny ability to remain one step ahead of the general audience’s guesses, and two steps ahead of the fan’s pre-conceived notions. Purposefully, and on occasion, probably inadvertently, the film utilizes the Rope-a-Dope to great effect. Just when one’s attention starts to lag (the story could’ve used a bit more tightening in spots) – Pow! Here’s a twist that no one saw coming. Just when one might think, “Oh, this is getting too wordy” – Boom! Nolan delivers action that pulls the audience back to seat edges. When an extended action scene might prompt the quick-draw pessimist to say, “Here we go, into mindless Michael Bay territory,” the filmmaker keeps raising the ante, upping the stimuli, with real stunts and stunts that appear to be quite real. Michael Bay, or most other directors of this era, for that matter, don’t have the stones or motivation to utilize special effects of this caliber, to make action sequences this realistic.

In wrapping up this groundbreaking trilogy, Nolan has been a bug under a microscope. How will this film compare to the previous two? Will The Dark Knight Rises top The Avengers as the “Greatest Superhero Movie of All Time?” Most importantly, can this film thrive with an elephant in the room: the specter of one of the most vivid performances in recent memory? 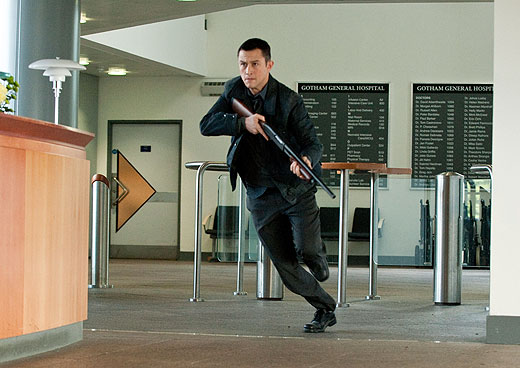 It may take close to three hours to answer these burning questions, but The Dark Knight Rises responds definitively. Nolan’s dark tales have never been superhero movies, no matter what a disappointed fanboy says. Ledger’s legacy was a masterfully creepy crime story; while crime is certainly involved, this new movie stands apart from its predecessors, a true epic in which many heroes rise to the occasion. None of them are super, and only one – or perhaps two – wears a mask. Without pandering to anyone, The Dark Knight Rises gives everyone, from complete novice to hardcore fan, what they came to see. It’s an imperfect near-classic that’s hardly above intelligent criticism, but its quality assures it a place beyond the reach of nitpicking jackals. It’s the kind of movie that provokes both visceral reaction and delayed contemplation, ultimately providing an emotional payoff more satisfying than a handful of Snickers bars.

Two viewings are compulsory; additional indulgences would be gluttonous, but certainly understandable.