Speak of the Devil

Speak of the Devil 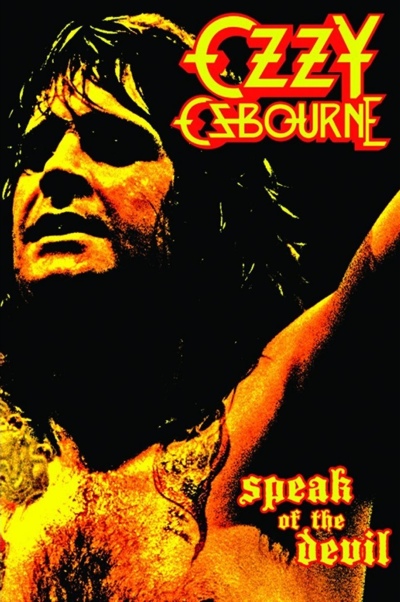 If all you know of Ozzy is mumble-mouthed dad on reality TV, you’re missing what made him one of the monsters of rock and roll. He and his mates started out as just another bar band in London, working for nothing and wondering why the crowds lined up for the cheap horror films showed across the street. It was the scare factor, and in a flash of musical brilliance his band changed its name to Black Sabbath, began singing about demons and death, and blasted out of obscurity with hits like “Paranoid” and “Iron Man.” After the typical 1970s band reshuffles, he ended up as one of the biggest touring acts of the ’80s before sliding into mega alcoholism and industrial scale cocaine addiction. The TV version is the post-rehab Ozzy; this video is the self-destructive Ozzy, a musical demon with flames shooting out his eyes.

As 1982 videos go, this one is pretty decent, but be forewarned: this was taken with a VHS camera and may be shockingly fuzzy-looking to your HD-acclimated eyes. The light show has lasers and some smallish flash pots; it’s not that spectacular by today’s standards, but it got the polyester-draped teens roaring. The music sounds fine and it’s better than average quality for a live show: you can hear all the words, the instruments all stand out from one another, and lead guitarist Jake Lee (who replaces the late Randy Rhodes) gets some nice solos, as does drummer Tommy Aldridge.

Opener “Over the Mountain” comes on hard and fast. It’s not the most memorable tune, but it’s all about setting the rock star mood and warming up the crowd. After it is a creepy “Mr. Crowley.” Aleister Crowley was the poster boy for Satan worship, and while these guys were all about show, if you read Ozzy’s great bio I Am Ozzy , you’ll discover it’s all an act. All the early hits are here on this release, and if nothing else, “Crazy Train,” “Suicide Solution,” “Paranoid” and “Iron Man” justify owning this. Will Ozzy ever put on a show like this again? I can’t rule it out; he’s amazingly resilient, but just so you don’t have to do a deal with the devil, check this out.