There’s an old Jewish saying: “There are those the sun shines upon, and the rest of us have to sell lox.” Walter Himmelstein (Jack Carpenter) goes by the nick name Putzel (Little Prick); Jewish mothers dream of him for their son-in-law. He’s been schlepping away in Hammerstein’s Fish like the biblical Jacob, there’s an implicit understanding that Uncle Sid (Pankow) will pass it down to him someday – after all, Putzel’s dad made the shop what it is today. When Sid enters his mid-life crisis and he decides he’d prefer the cash and a girl, it’s up to Walter to disrupt Sid’s romance with Sally (Lynskey). Smoldering sex and smoked gefilte fish fly until Walter wins the shop, then an evil thought enters his mind – is there life south of 52nd street, and do they breathe oxygen down there? 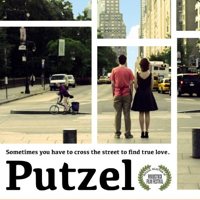 While not exactly a chick flick, this is a heartwarming romance suitable for any first date. The characters are lovingly built – Song the Korean cook (Steve Park), Tunch the fish obsessed delivery boy (Fred Berman), and Sid’s clueless wife Gilda (Susan Essman) all seem like your best friends. Their New York is unthreatening and polished, graffiti and gangs are relegated to some other big city film, and while Walter is the go-to nebbish, you never hate him or wish him harm. Fun and bit fluffy, it’s a gorgeously human film complete with a fish fight.

This movie is part of the 2013 Florida Film Festival. More information may be found at http://www.floridafilmfestival.com