The History of Future Folk

The History of Future Folk 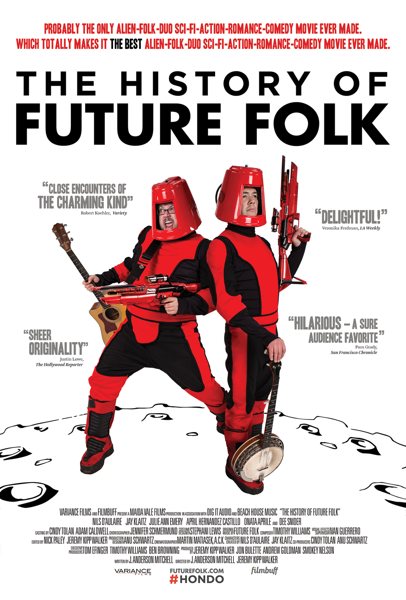 While this plot has been done a million times, The History of Future Folk is one of the most charming films I’ve seen in ages. Repeat after me: “Aliens invade earth, aliens fail to conquer us, let’s eat!”

Bill (Nils d’Aulaire) is an army of one, but he’s really kick-ass General Trius from planet Hondo, sent to deploy a virus that will wipe out humanity to make way for a Hondonian invasion – they need a new planet due to a massive comet, or something. But before Bill pulls the trigger on the bug, he discovers humans have a knack for arranging sound. The folks on Hondo never thought of music. 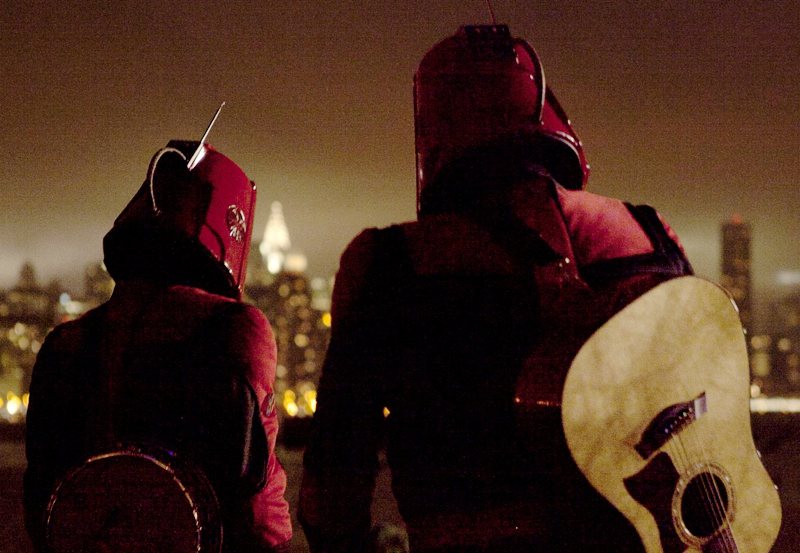 Bill blows off his mission, marries long suffering Holly (Julie Ann Emery), and spawns a cute-as-a-bug daughter, Wren (Onata Aprile). Bill commutes 140 miles each day to mow grass at an old nuclear missile site and keeps his mission’s secret in a mini-store unit (close to the subway, and reasonable rates). He’s gigging at The Trash Bar (run by Dee Snider) when Kevin (Jay Klaitz) arrives to complete the mission. They wrestle with their love of rock and roll and their duty to Hondo while selling out the house Saturdays.

Both Bill and Kevin seem like completely nice guys, and the entire surreal situation always seems completely plausible. Holly is concerned: either Bill is going nuts or he’s cheating. The boys do their musical acts in their space suits, Bill pointing out they don’t have buckets on Hondo and that’s why the helmet looks so funny. If it wasn’t for the ray guns, you’d class these guys as a low rent DEVO trying to pull off a Steve Martin comedy set. Snider is perfectly cast as a bar owner, Holly is a sort of girl-from-the-next-planet anyone would fall for, and the exciting and spectacular climax makes no sense whatsoever, but is a perfect curtain on this story. The music runs to indie pop with a banjo flavor, and I don’t see why we couldn’t coexist with the Hondonians. We could put them in Portland or Austin and no one would notice anything. 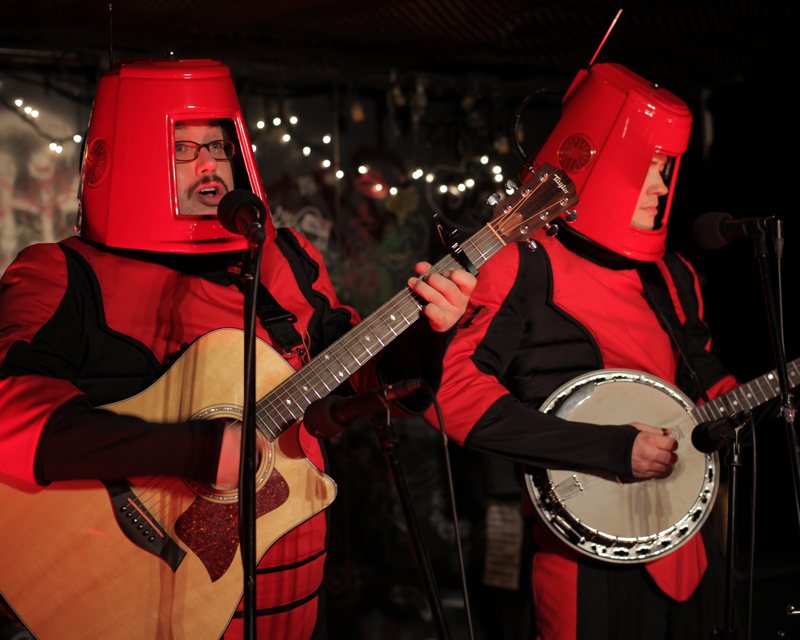 This film is a loving buddy picture with two guys trying to do the right thing, yet willing to take the time to entertain us with something they love to do. This film is wonderful.

The History of Future Folk: http://www.futurefolk.com/