A British Invader Looks Back At Setting Sail For America

One of the most remarkable success stories in rock history, Peter Asher went from being a 19-year-old singer/guitarist in the legendary Peter & Gordon duo to heading A&R at Apple Records, championing a young James Taylor, producing some of popular music’s milestone albums (from Taylor and Linda Ronstadt to Cher and 10,000 Maniacs), working as an executive at Sony Entertainment, and establishing a formidable artist management company.

At 70, the multi-Grammy winner shows no signs of slowing his astounding pace. In the wake of Gordon Waller’s 2009 passing, Asher continues to perform solo shows; he’s also emceed and performed in a “British Invasion 50th Anniversary” tour of the States that continued this winter. Ever the multi-tasker, one of his current projects is finishing production on the follow-up to Steve Martin & Edie Brickell’s 2013 smash, Love Has Come For You – which Asher also worked on. Oh, and in-between all of of these efforts, Asher returned to England to receive a long-overdue honor of Commander Of The British Empire from Buckingham Palace.

Roughly fifty years after the Del Shannon-penned classic “I Go To Pieces” was joined by a cover of Buddy Holly’s “True Love Ways” on the U.S. charts, Ink19 secured a brief chat with this unique witness to the birth of Beatlemania, and key participant in the British Invasion. In what could’ve been Asher’s ten thousandth interview, the quick-witted conversationalist seemed remarkably enthusiastic – at 7:30 in the morning, mind you – in obliging the press.

Q: In the early/mid-Eighties, baby boomers had their shot at nostalgia… and, at the time, I thought that the Sixties rock revival would be short-lived. But the music seems to be persistent, doesn’t it?

A: With any luck, good music keeps coming back from time to time- and there was a lot of good music made in that era. Of course, all the music that we were making was in tribute to the brilliant music that had come out of America in the first place.

Q: Were you surprised at how ravenous American fans were for British bands, once you got here?

A: Yes, surprised and delighted. It is a bit strange, because we had all idolized America, and American music. America was the home of jazz and r&b and rock ‘n’ roll, and all the music that we loved and admired and were influenced by – and were trying to sing. The fact that we were not only allowed to sing it, but then allowed to bring it back to America and have people enjoy it… that was amazing. 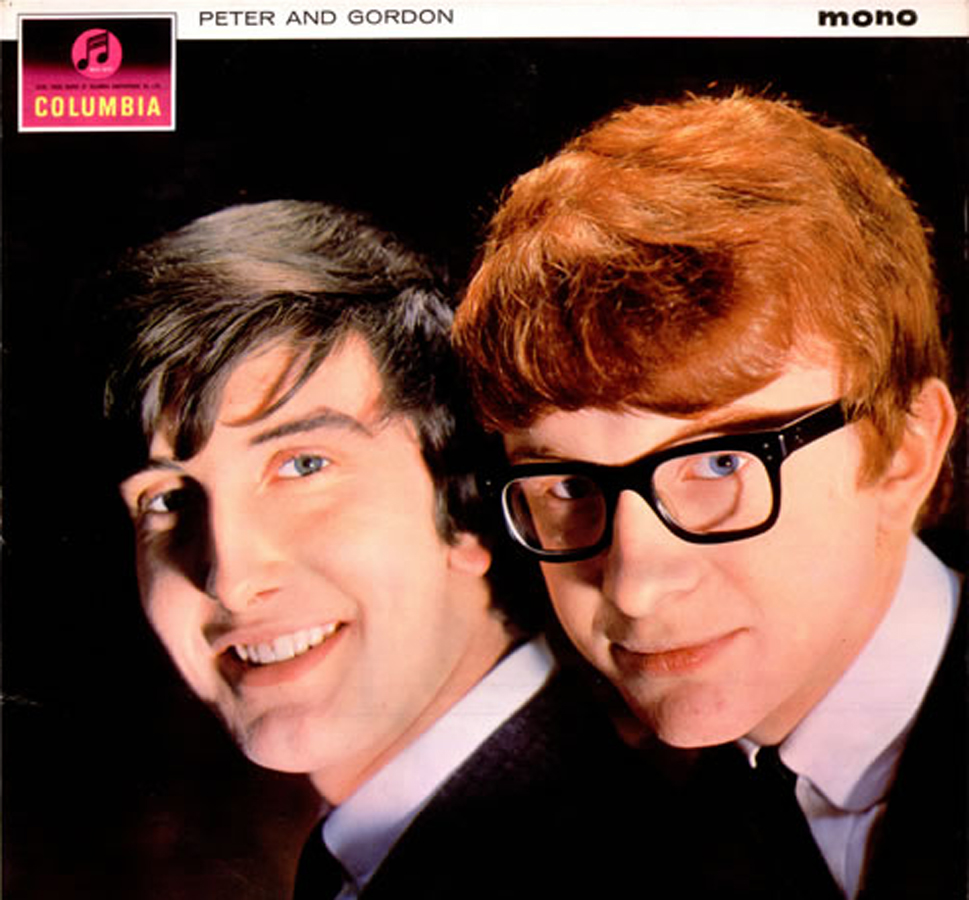 In some cases, of course, particular songs that had been overlooked… when the Stones would cover Jimmy Reed or someone – most kids had no idea of who Jimmy Reed was. It was coming full circle. The Moody Blues doing “Go Now”‘… these were essentially tribute bands to American music, really good bands who brought something different to it, by virtue of the culture that we were in at the time.

The whole thing was surprising; if you made it up, it wouldn’t be very credible – but it did happen! And I was delighted to be part of it. I remember when the Beatles got the phone call informing that “I Want To Hold Your Hand” was Number One, or when we got the phone call saying that “A World Without Love” was Number One – the most exciting aspect of that phone call wasn’t the “Number One-ness,” it was the fact that we knew that we were going to America.

I had a big poster of the New York skyline on my wall, I had a copy of Downbeat with all the jazz clubs circled that I wanted to go to. Back then, traveling to America was a big deal – expensive, and relatively rare. And I was going!

Q: Of all the acts on the British Invasion tour – Chad & Jeremy, Terry Sylvester, Billy J. Kramer, the Searchers… one name sticks out for me – Denny Laine. He hasn’t received as much press as some of the others, over the years. 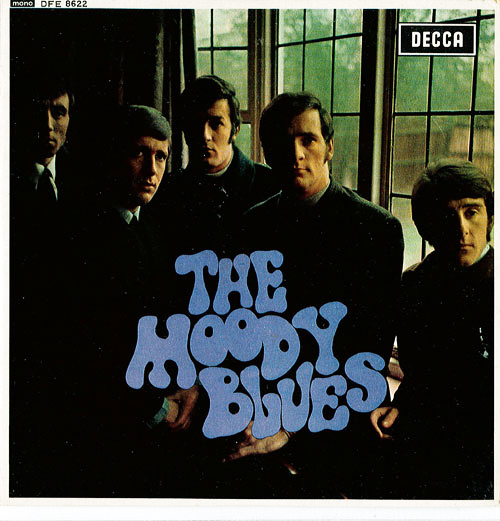 A: Yes. He’s fantastic. I mean, “Go Now” is one of my favorite records of the whole British Invasion era. This is when the Moody Blues were a blues band, and Denny sang this amazing cover of an American r&b record – which was obscure in England. He really sang the shit out of that (song). “Go Now” is one of the highlights of the (British Invasion) show… Denny is extraordinary. I met him back in the Sixties, but we didn’t become friends until later on.

Q: “Go Now” is so horribly recorded, but it worked.

A: Yeah, the piano and the vocals, totally distorted. But it was cool. When Denny sings, ‘We already said… ‘ you’re sold.

Q: What sort of American acts had you seen in England, as a teenager?

A: As Gordon and I were huge Everly Brothers fans, we saw them at the Albert Hall one time, saw them somewhere else – I can’t remember where at the moment. My first American rock show was Bill Haley. My sister Jane and I went; we made our parents take us.

Q: Was there a period of adjustment for you, personally, mentally, as the ‘British Invasion’ era drew to a close?

A: No. No, I was busy doing other stuff. I’m not a deeply reflective person, by nature; I’ve never ‘not been busy’ for as long as I can remember, so I’ve never had time to sit around and get morose… “Oh, this phase is over.”

Q: You certainly have never let moss grow under your feet. Is this drive the result of your upbringing?

A: I don’t know; perhaps. My parents were both people who achieved a lot. My father was a significant physician who wrote a lot, lectured a lot; he was held in high regard. My mother was a professional musician; she played in some of the best orchestras, and was a music professor. So yes, I was brought up in an atmosphere of people getting stuff done. Our household was fairly intense in that regard; everybody was doing something, all the time.

Q: Of all of the turning points of your career, I find the decision to relocate to America particularly fascinating. How bold or risky of a move was it for you, personally?

A: It didn’t seem that bold, at the time. I was young, and unencumbered – didn’t have children, or any major financial obligations. It was a bet – I was betting on James Taylor, whom I felt very strongly was a good bet. History has bore me out, in that regard. When you’re young and brave, you don’t think, “Oh, is this the right thing to do?” I just thought, “Apple (Records) is falling apart, I believe in James, his career lies in America, he wants to go back – let’s go!” And off we went. He didn’t have much money, and it was a bit nerve-wracking… but that is what youth is for – taking a gamble.

Q: Pardon me for not knowing the answer, but it just dawned on me that you might have an autobiography?

A: No. I generally have leaned against it. It’s a lot of work, and if I did it, I’d want to do it myself – I wouldn’t want a ghostwriter involved. Plus, I do this “memoir show,” which is kind of the same thing – but with the advantage of being able to change or correct things. So far, I’ve declined the book offers I’ve received… but I’d never say never.

Q: Is it primarily the baby boomers who come to the concerts, or do you have some younger people in the audience, too?

A: It really varies. It’s interesting, because I always stick around after the end and sign autographs, have a lot of interesting conversations with fans. It’s fascinating. Yes, the vast majority of the audience are contemporaries who reminisce in the same way we might… but there is often a quite a number of younger people – college age, whatever – who have taken a fancy to the era. As a historical or musical curiosity, music they’ve come to like, whatever. They’re very knowledgeable about it.

So, there’s a mix. There’s an aura to (the shows), for those who were around at the time, and for others… they get to talk to some surviving specimens of ancient history!