with Cardiknox and Fairground Saints

If Orlando was actually home to any hills, they certainly would have ALL been alive with the sound of pop music, when poster princess, Carly Rae Jepsen, brought her current Gimmie Love Tour to O-Town.

Barely 100 early birds had braved the damp and chilly February evening as doors opened at 6:45pm – 15 minutes ahead of schedule, presumably due to the intermittent light showers passing through town. However, by show time, a mixed-bag of approximately 600 enthusiasts had arrived on the scene – effeminate guys, beautiful girls, twenty-something hipsters, soccer moms, misplaced creepy old dudes (e.g. yours truly), and more than a few six-year-olds who were giddy for their first “big girl” concert experience. 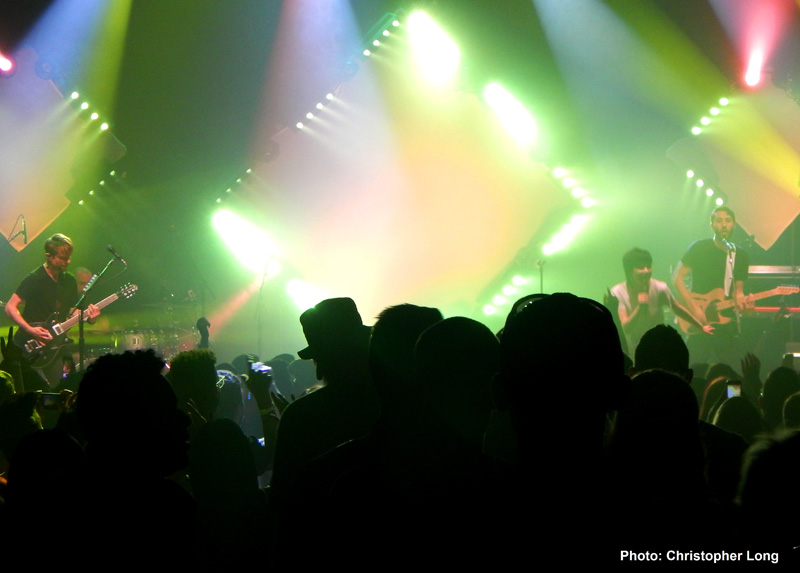 Pre-show and in-between-set music created the perfect backdrop for the triple-bill production, as timeless ’80s pop classics from Michael and Janet Jackson, Lionel Richie, Madonna, and The Pet Shop Boys filled the hallowed halls of Orlando’s groovy Plaza Live throughout the night. 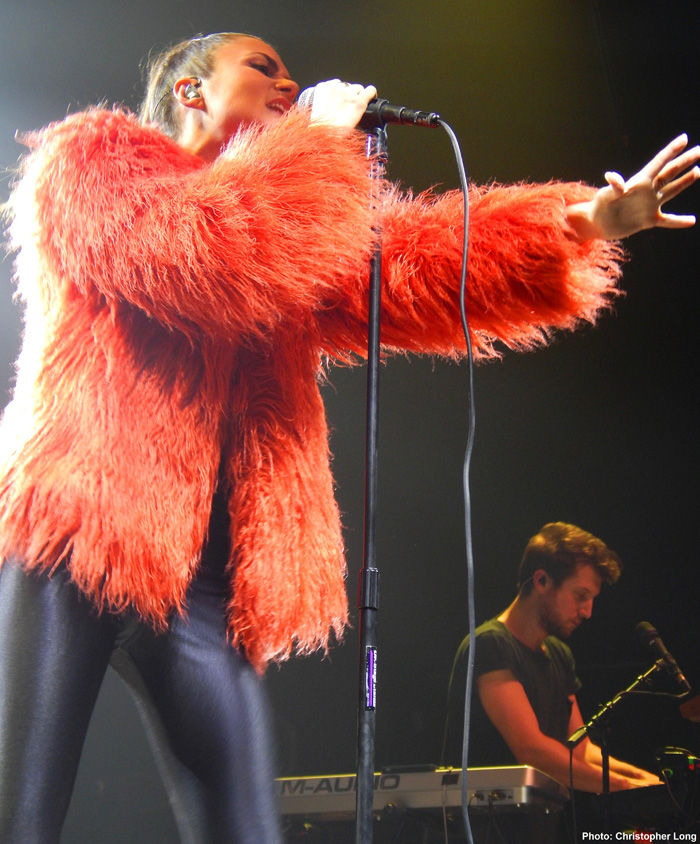 The newly-minted pride of Warner Bros. Records, Cardiknox, stormed the Plaza Live stage in a blaze of roaring glory. Praised recently by VH1 for possessing an, “almost unhealthy amount of star quality,” the (now) L.A.-based duo took the Orlando crowd by the throat – maintaining their synth-pop-tinged deathgrip throughout the all-too-short, 20-minute set. 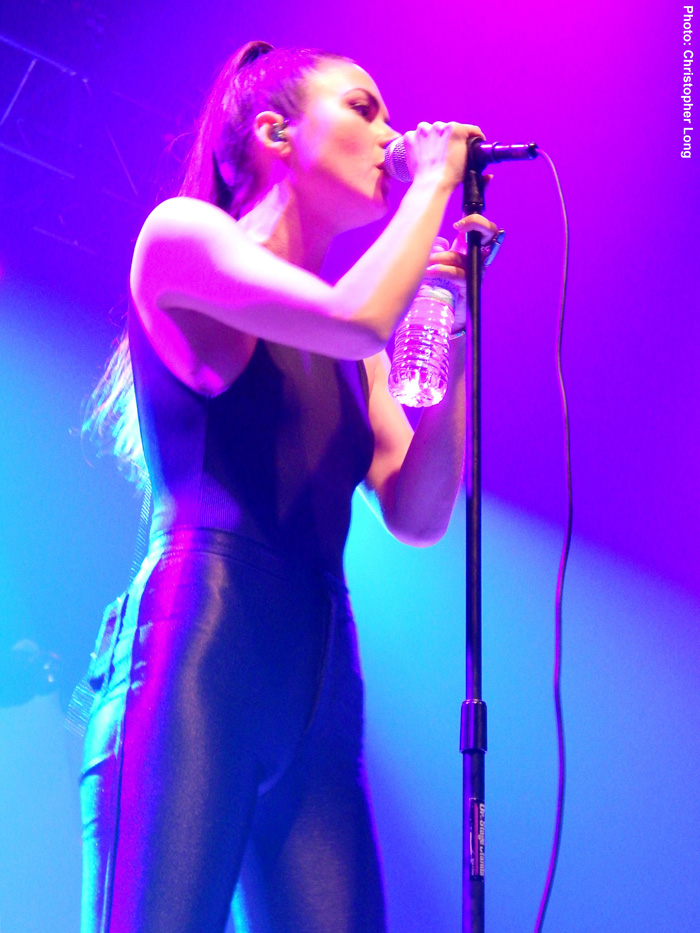 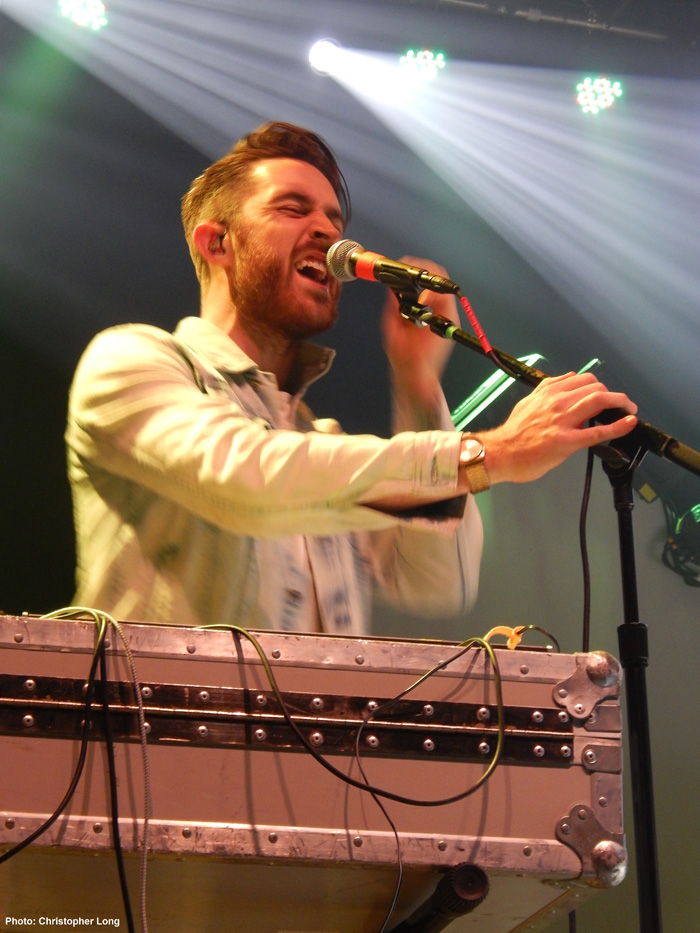 Sealed seductively in authentic ’80s-style black spandex, airbrushed over a skintight black bodysuit, and draped with a fabulous thick red fur(ish) coat, frontchick Lonnie Angle took charge in short order – commanding the stage and demanding the FULL attention of ALL, as her dashing musical partner, keyboard/guitarist, Thomas Dutton led the boys in the band.

With their debut record, Portrait, slated for a mid-March release, Angle and Dutton hit ‘em hard with the infectious lead-off single, “On My Way.” “This song is about sex,” Angle announced to the fast-adoring crowd as she introduced the hypnotic and hooky, “Perfect Storm.” Brimming with energy and undeniable rock star swagger, the catchy, “Into the Night” was arguably the best-executed of the five-song mini set – making for a mighty set-closer, and prompting one female teenage convert to surmise that the evening’s headlining slot may have been misbilled. 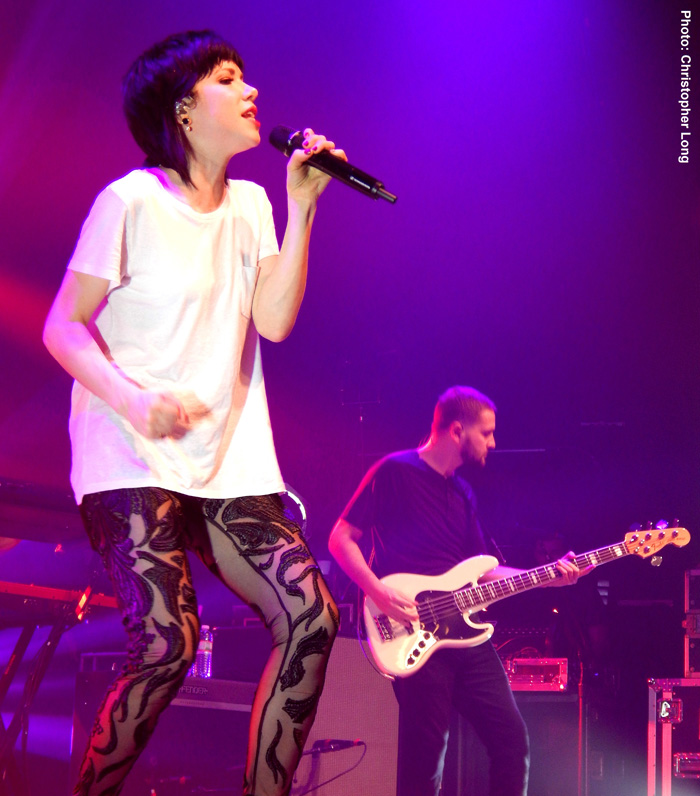 But the night did, in fact, belong to Carly Rae Jepsen. The pop chart-buster made her grand entrance at 9pm – opening the show with “Run Away with Me” – the high-energy, oft-played second single from her latest album, E•MO•TION.

At age 30, the Canadian singer/songwriter has clearly matured and evolved on several levels since scoring her worldwide #1 hit, “Call Me Maybe,” back in 2012 – her once signature “girly” look, now replaced by one that’s more tomboy “scrappy” and less Sunday school “snappy.” However, one aspect of Jepsen’s artistic persona that has remained untouched is her steadfast ability to engage her audience. And it’s that unique connection that further enhances her songs in a live concert setting. “This one is really just about my ego,” she confessed during the introduction to “Emotion.” As a prelude to “This Kiss,” Jepsen offered choice personal insights regarding her current tour experiences. “I’m the only lass, traveling on a bus with all men,” she revealed. “I bring as much pink and purple onto the bus as possible.” In another transparent moment, Jepsen dedicated “Think About You” to her “secret crush.” 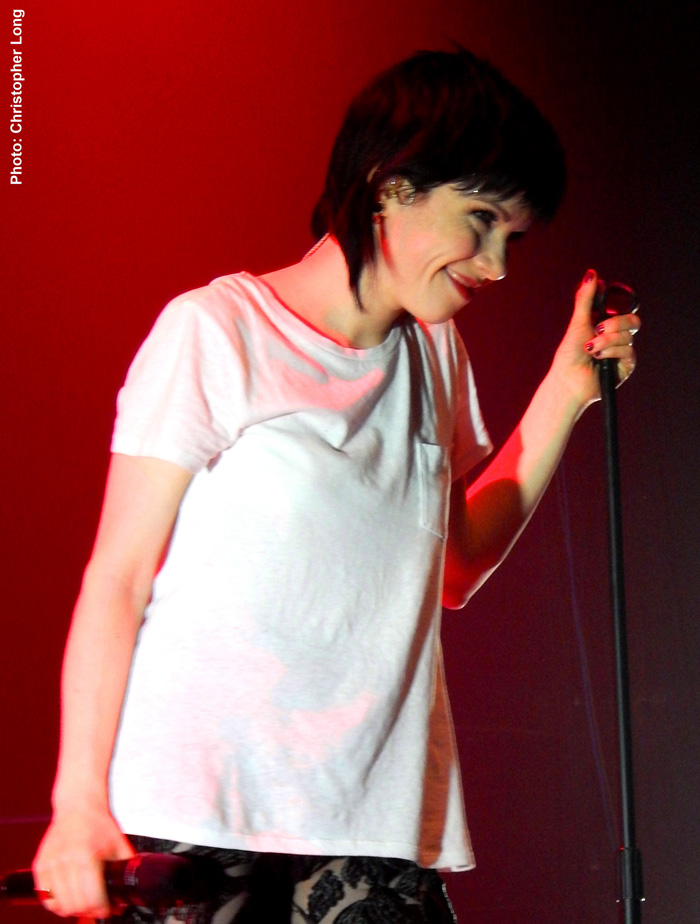 All in all, Jepsen’s set provided fans with tremendous fun factor. The show looked great, Jepsen and band both sounded great, and they all performed masterfully -leaving even the two adorable four-year-old girls standing behind the stage right security barricade wearing matching pink “Call Me Maybe” t-shirts, jumping for joy from start to finish.