The stage looked ready for traditional rock ruckus. There was an Ampeg 8×10 bass cabinet, a Marshall half-stack, a tight little kit with an enormous bass drum, and up front, well within adoration distance, a mic stand. The audience milled about, as audiences do before the action starts.

I would like to follow that up with something to the effect of the band exploding on stage like a thousand A-bombs, but the reality is that three of the four members of Geezër were led onto the platform by orderlies, elbows and shoulders gently but firmly clenched for guidance and support, at the slow but steady shuffle that elderly bones can afford. As the backline made their way to the stage, in agonizing slow motion, the audience could take in the high-waters, the suspenders, the gray facial hair, the old-fashioned hats, the halfway-confused crotchety looks on bespectacled faces. Was there a bow tie? I don’t remember if there was a bow tie, but there could easily have been. 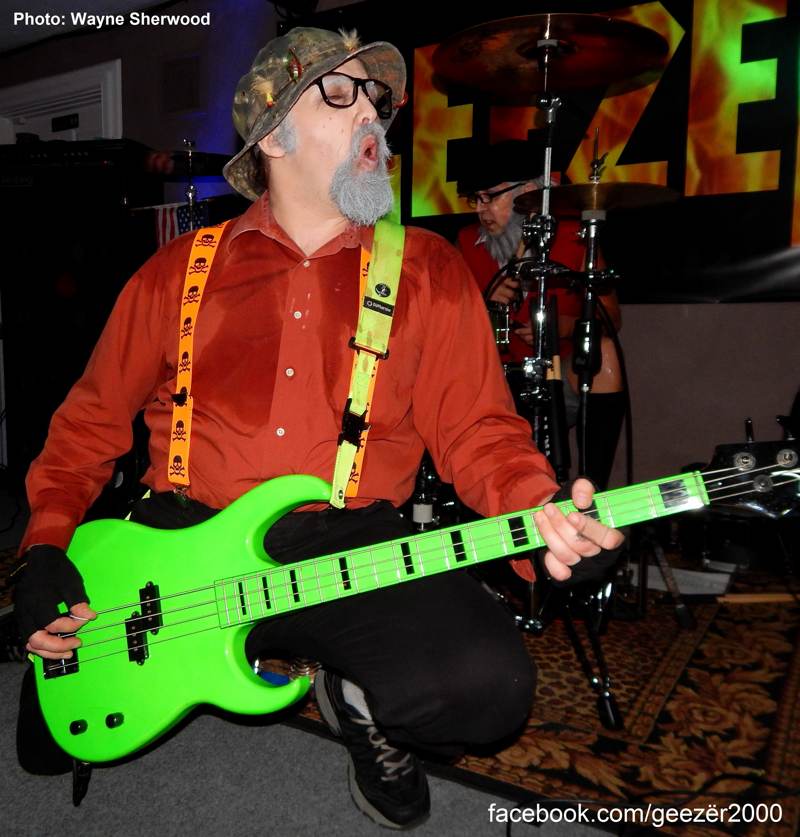 The guitarist (Leonard Geezër), drummer (Victor Farnswörth), and bassist (Calvin Sizemöre) were glacially maneuvered into their positions, and assisted with the donning of instruments. The series of pops, hums, clanks, and hisses that announces rock sound is about to start was heard clearly by all. Shortly after, the band launched into a pounding one-chord riff (I think it was an A), and they hung on that A, with the cussed tenacity only the elderly can muster, for the number of measures it took for lead vocalist Harvey Geezër to be led to the stage by his orderly. A very high number of measures, as Harvey seemed to be especially fragile. He unsteadily took his position behind the mic stand. 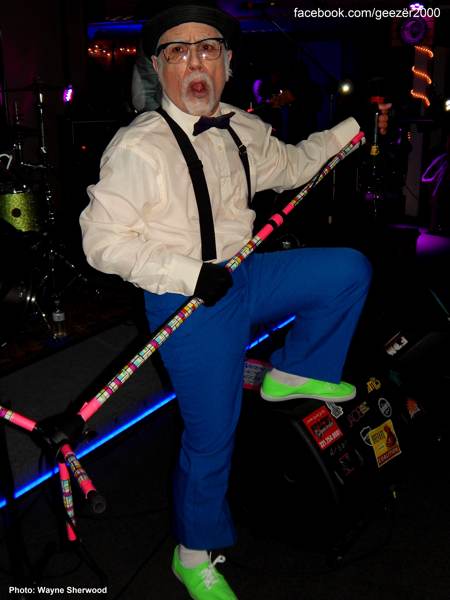 Seriously, I don’t know what’s in the water at the Golden Twilight Nursing Farm, or wherever it is Geezër’s umlauted ancients are parked between gigs, but I tell you it is activated, and very violently, by one specific sound in particular: no-holds-barred-Ramones-punk. That’s right, put those soundwaves in the air, and these ambulatory history books (the band’s average age hovers around 80) start acting ten times younger, and in need of a Ritalin horsepill. Like a runaway fusion reaction, as the band plays their sound they wind themselves up even further and blare forth stronger. Harvey prowled his territory like a feral suspendered David Lee Roth, demonstrating (like Roth before him) that the suspenders are not an affectation, but rather a quite necessary safety precaution when performing ass-shaking moves of Richter proportions. 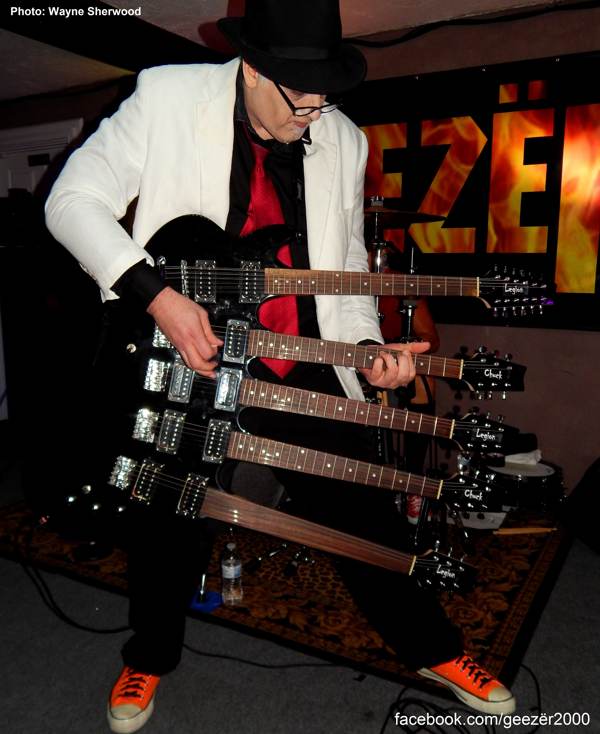 Geezër play the sort of music that sounds like old 45s played at 78 and cranked until they distort. It’s a pummeling attack of girls, the beach, teenage tragedy, feeling different, or good, or bad, filled with innuendo and all in very good fun. “Good evening, Pasco county!” intoned Harvey to the rapt denizens of Brevard county at one point. Though the man’s mind wanders between the very brief and infrequent gaps between songs, once the music starts, it’s as if he is a puppet in the hands of rock and roll, gyrating and beckoning to the crowd like a seasoned showman. The band steamrolled through a full set, mostly original material (“Silly Putty Buddy”, “Feelin’ Freakie”, and “Smile Sarah Smile” are some titles) with a nod to Motörhead (“We Are The Road Crew”) and a grand finale with Cheap Trick’s “Surrender”, complete with five-necked guitar. I don’t know how Leonard didn’t fold like a cheap tourist map under the mass of that slab. He played it like a champ, fretting notes on most of the necks with either some sort of plan or because he forgot which one he was supposed to use. Either one is fine with me. 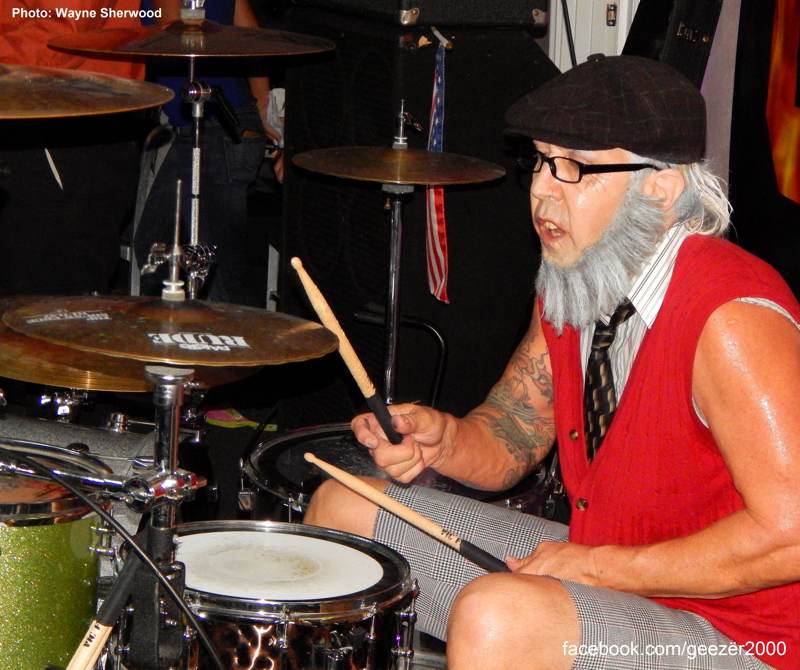 After the show, I went to say hello to Harvey, who was besieged by fans. Although clearly ready for his night-pills, he was alert and kind enough to pretend to recognize me (I’ve never met the man!) when we posed for a picture. Geezër left the audience with an unspoken but very loud message: you’re never too old for rock and roll.