PEARS have had a rough month. First, two hours before the New Orleans punks were set to board a plane headed for Australia for a tour with Strung Out, their bassist quit the band. Soldiering on, the remaining three continued on into the land of koalas and kangaroos finding fill-in bassists when they could and have singer Zach Quinn strap on a bass when they couldn’t. A few days into the tour, Zach broke his hand during a show (punching the stage, as happens). Multiple surgeries, slings and pain pills kept the notoriously rabid frontman upright and, once again, the band powered through. The cost of broken arm upkeep began to drain the band’s bank account and threaten to halt their tour so they had to reach out to fan’s for help, who very quickly opened their wallets and allowed the group to pay Zach’s hospital bills. 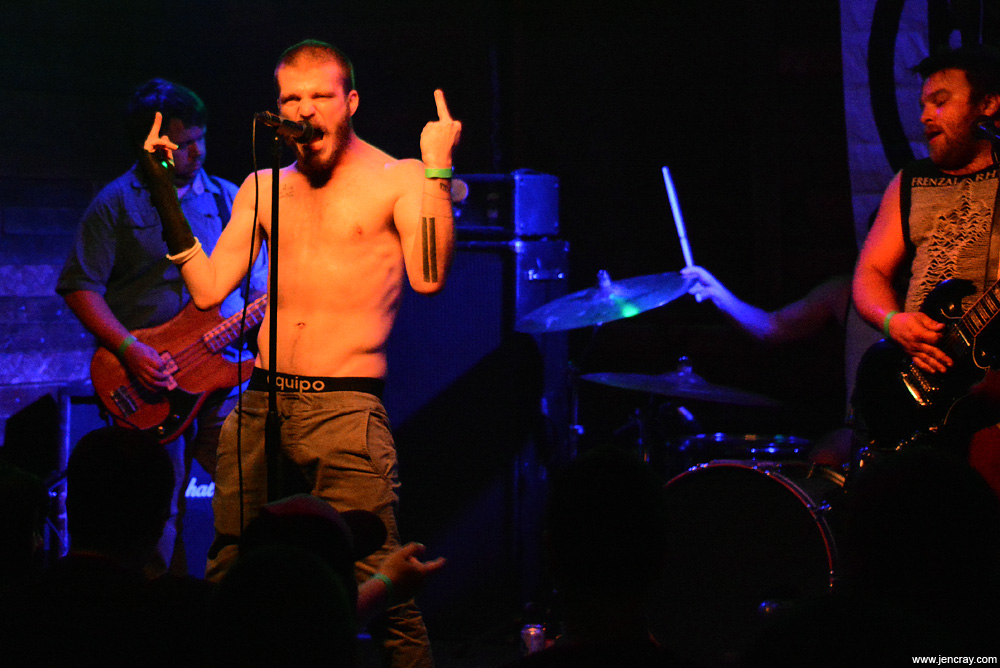 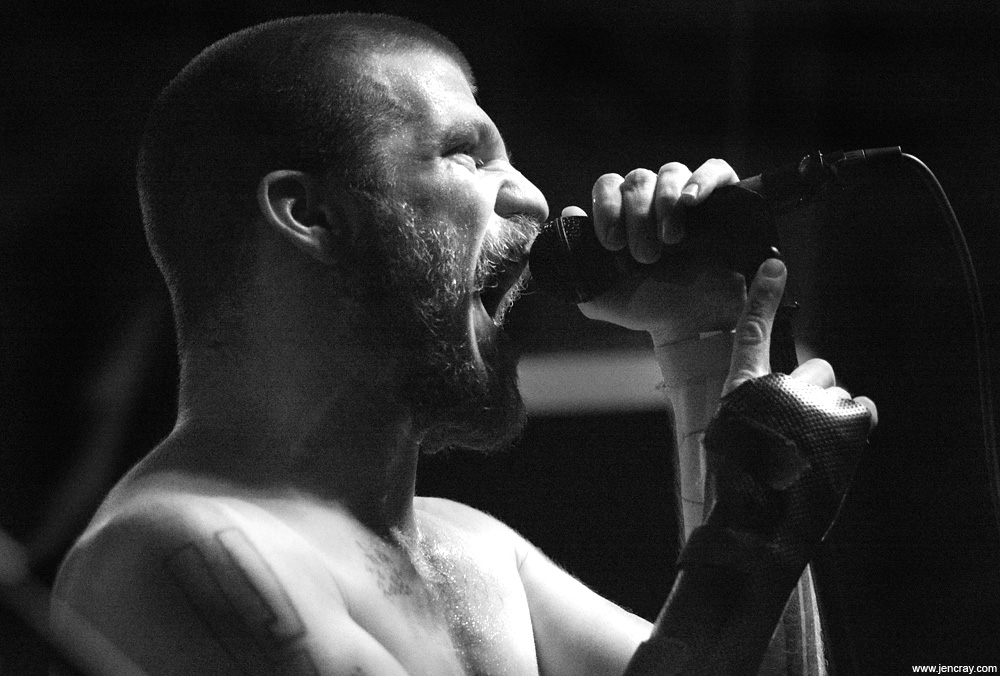 Coming off of this tumultuous Australian tour, PEARS landed in Orlando for one of the first dates of an East Coast US tour. Even with a cast fitted to his hand and wrist, the frenetic frontman pulled no punches (save the ones that may re-shatter his knuckles). With wild eyes and a maniacal energy, Quinn stalked the stage and the fans at the lip of it like a caged animal. Bare chested and at break neck speed, he didn’t just deliver his vocals, he annihilated them with a ferocity that exceeded what can be heard on record. 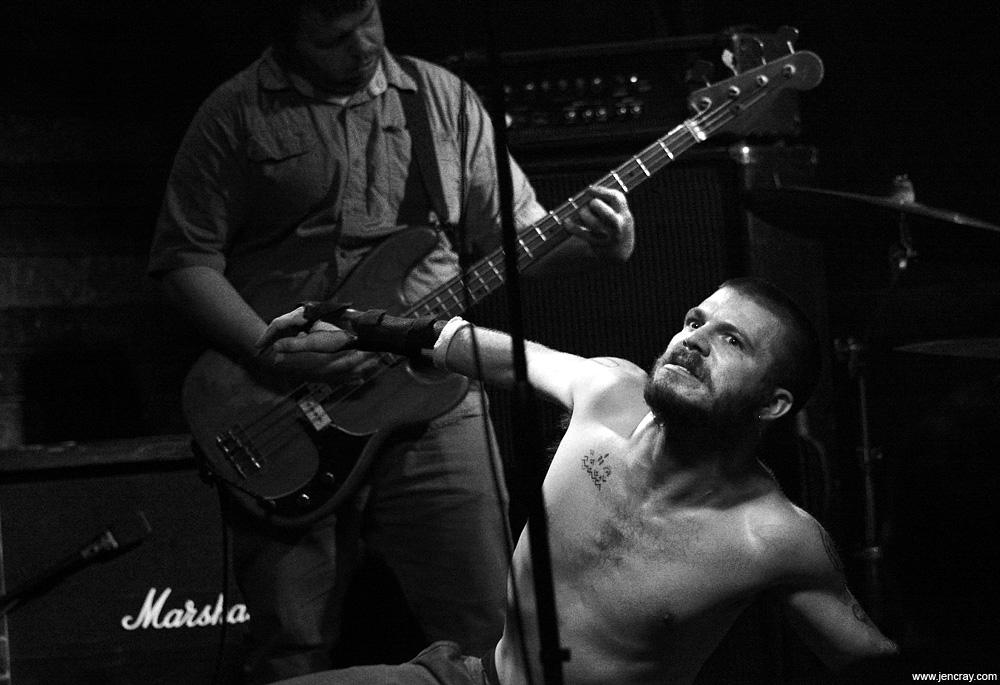 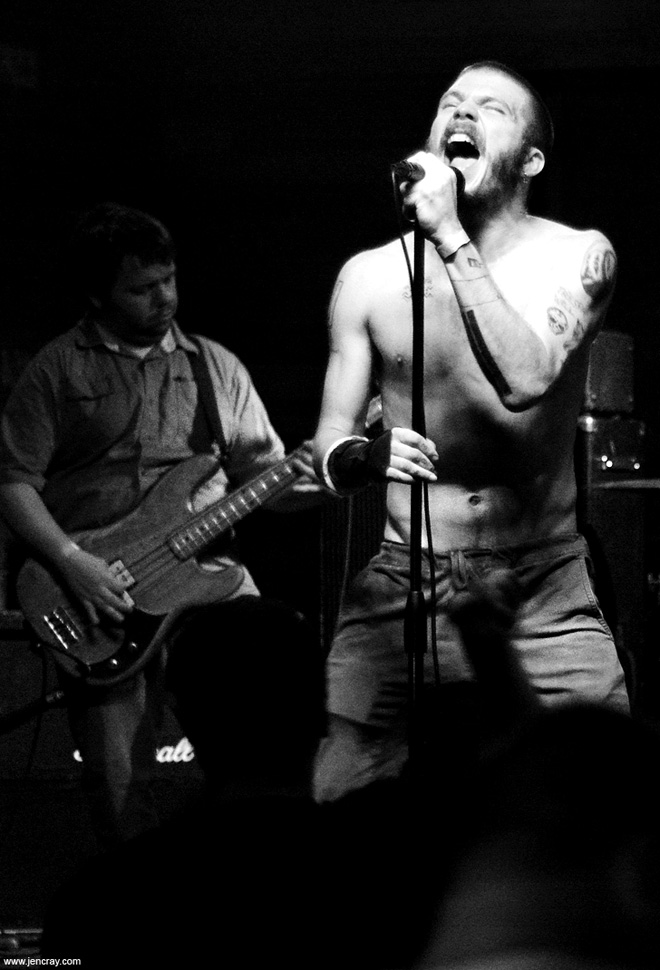 The band’s latest release, Green Star is more polished than it’s predecessor Go to Prison, without losing an ounce of its root anger or intensity. “Cumshots” is a crazed blend of hardcore and metal with moments of melody slipped into an otherwise shotgun blast of aggression. Like the previous record’s “Sycophant” or “You’re Boring,” it’s an absolute floor destroyer when performed live. And though the audience was a little timid, a few brave souls did try to churn up the pit these songs should inspire. It should have been larger, it should have been more unhinged, but when it’s a long show like this (four opening bands) most of the crowd is either drunk or tired by the time the headliners hit. 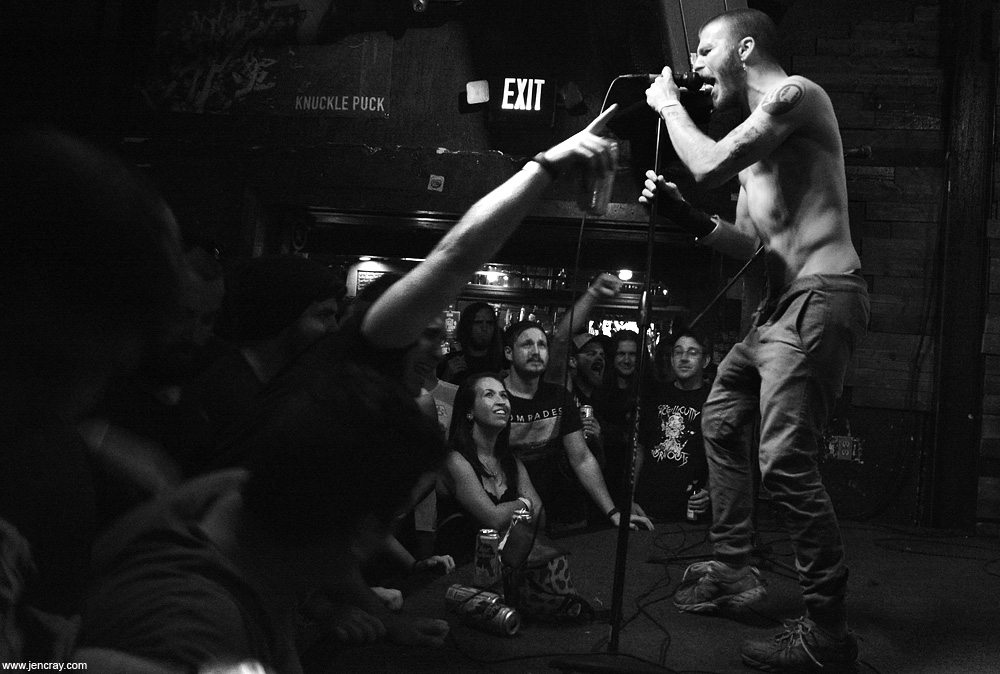 Three local acts (Panther Camp, Suck Brick Kid, and Caffiends – look ‘em all up, punk fans!) and NY’s Such Gold opened the night. Such Gold are a bunch of clean cut, sweet seeming boys who “joke” about whey protein and pit stops at GNC, but whose limber physiques betray an obvious attention to fitness. For this, and not for their emocore sound, I appreciated them. They had a loyal handful of fans who were eating up their melodic punk with its strained vocals, but to me it just sounded dated. 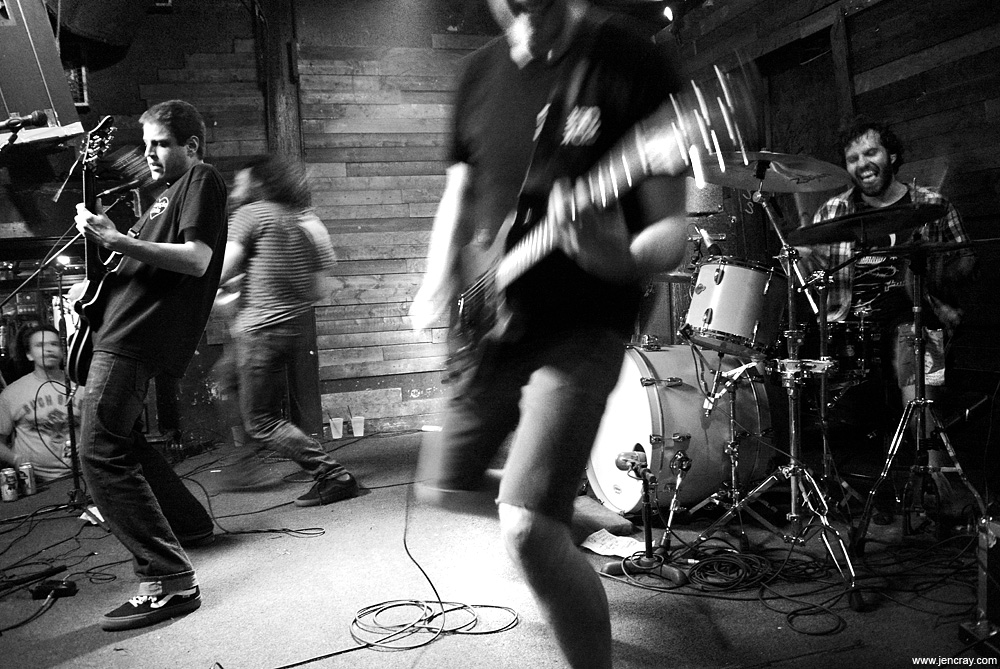 Broken bones and bassists be damned, PEARS are the band to see.

Galleries of photos from this show: PEARS ; Such Gold.