with Fear of Men, Weaves

Mitski’s introspective raw bedroom pop is pretty yet disconcerting. With starkly poetic lyrics that play out over top of melodies that rip from whisper quiet to tantrum loud, her live show was a big question mark that I set out to answer. What I found, crammed elbows to ribs in a sold-out space, was more questions.

Onstage, as a trio, Mitski stood mostly stock still backlit by torch-like lights that colored the room with firelight, in a low cut black dress suited for a hot night out on the town. She barely moved, even her lips seemed hardly to part as the words slipped out of her and wrapped their arms around the mesmerized faces that looked up at her. All was still, the whisper poetry instilling anxiety in its demand of patience.

When, at long last, the moments of crescendo would come they felt like desperate gulps of cool water after coming inside from the beating sun, but those moments felt few and too far between. Were we sitting on the floor in someone’s living room transfixed by this subtle songstress this quietude might feel more natural, but in the uncomfortable embrace of warm bodies it felt frustrating. 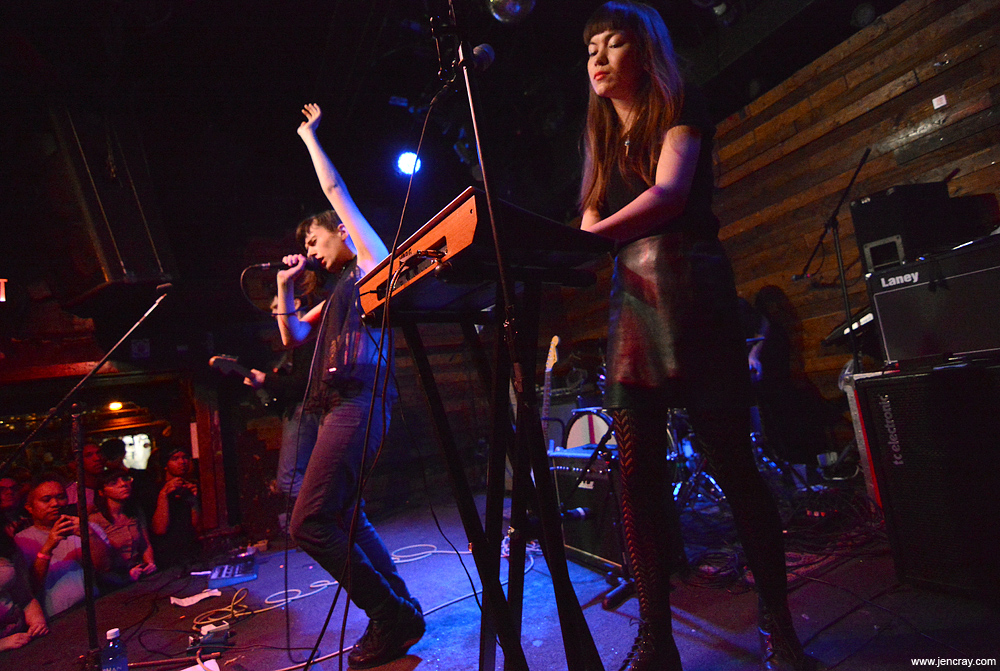 England’s Fear of Men, making their Florida debut, could have had a transcendent performance had they not been marred by sound problems that consistently pulled the hypnotism out of their set. Faulty cables, low guitar levels, and feedback aside, the band successfully bring back the celestial beauty of The Cranberries and marry it to the whimsical electronics of School of Seven Bells. Theirs is a sound, and a mood, to get swept up in. 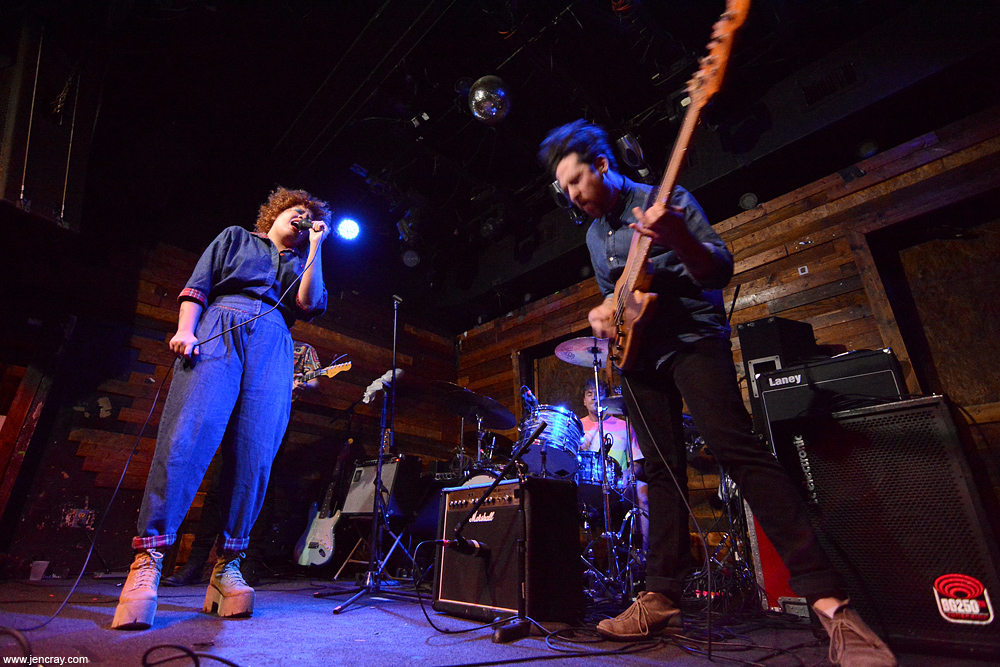 On an entirely different note, Weaves (out of Canada and also making their Orlando debut) were a delightful weird piñata of fun that threw some old school ska grooves into art rock that otherwise owed a debt to Yeah Yeah Yeahs and St. Vincent. Frontwoman Jasmyn Burke showers the crowd with quirky lyrics about pizza and babyish choruses about being “coo coo,” yet her delivery is off-road enough to make it all sound very avant garde. The band is an absolutely joy to behold and exactly the type that could blow up on word of mouth buzz any day now.