Waking up to the news on Wednesday morning that founding Allman Brothers Band drummer Butch Trucks was gone flooded my head with shock, disbelief, hurt, anger, despair and grief all in rapid succession. My brain could not comprehend it, and still can’t. Knowing that I will never again hear his salty, sharp-tongued wit leaves me dumbfounded. Knowing that I will never again hear him play drums leaves me depressed. But knowing that he was an integral part of a musical legacy leaves me grateful. Fans are well versed in the band’s storied history, including the untimely demise of founding members Duane Allman and Berry Oakley. When Allman died, a little piece of all the Brothers died right along with him. Then Oakley left this world and it seemed almost too much to bear. But even after Oakley’s death, the band carried on because, really, they had to. Their music was a game-changer, and it left an indelible mark for legions of fans while paving the way for so-called Southern Rock bands to carve out their own little niche in music history. 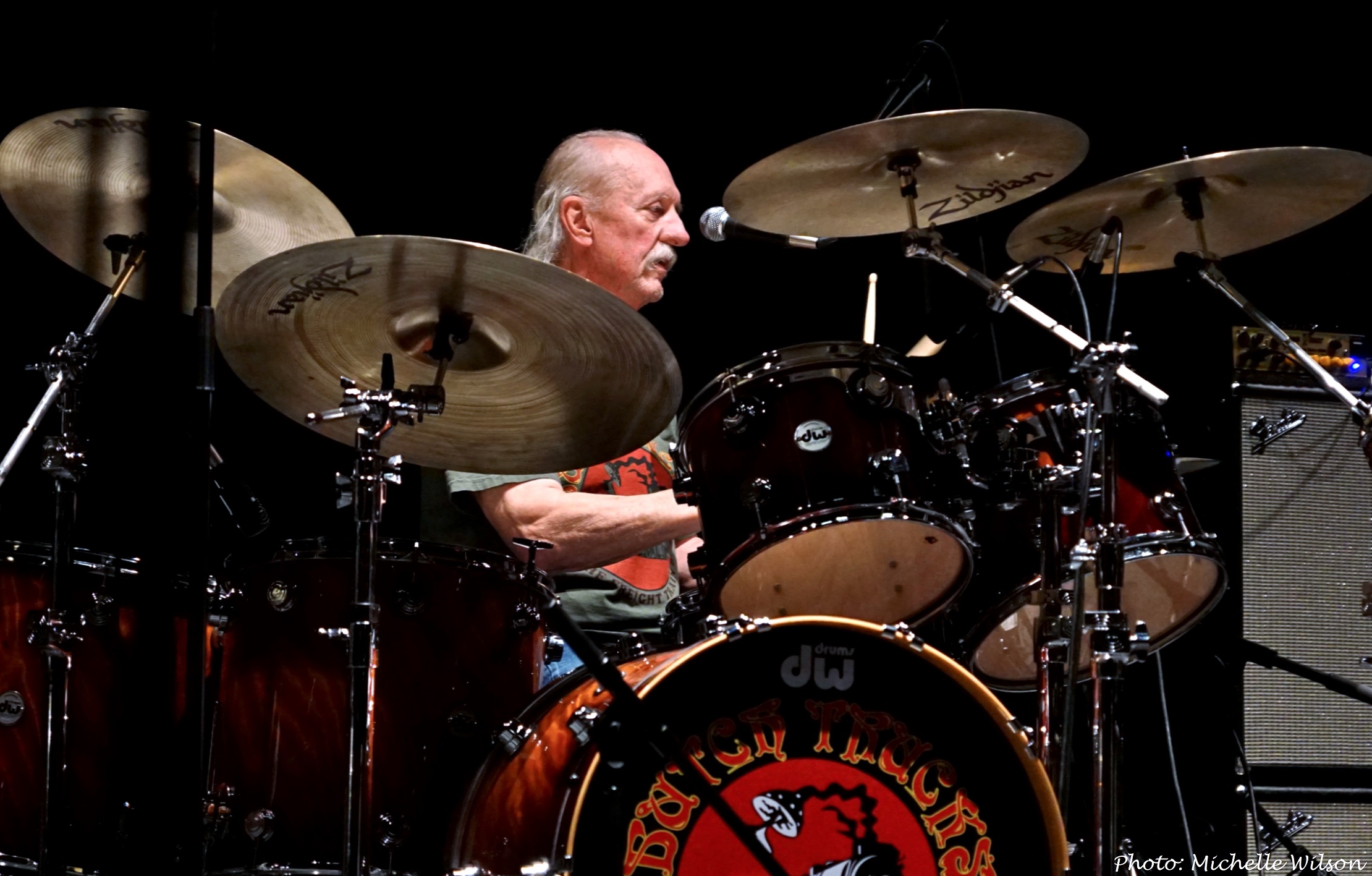 I was honored to spend time with Butch and to develop a close relationship with him over the past year and a half, but more importantly, to capture the sights and colors of Butch and his two current bands. Michael Yanko and I traveled the country to photograph The Freight Train Band and Les Brers at various shows and festivals including The Cox Capitol Theatre in Macon, Georgia, Wanee Festival in Live Oak, Florida, The Peach Music Festival in Scranton, Pennsylvania and Terra Fermata in Stuart, Florida, a favorite venue or ours. The Freight Train Band played there several times, the last performance just a few weeks back on December 27, 2016. Butch had endured some harrowing flight challenges en route from his home in France, and he arrived just in time to play the gig with very little sleep. He was tucked away in a hidden corner of the outdoor venue when we arrived, and we chatted with him while he and several Freight Train Band members grabbed a quick bite of dinner before the show. He was concerned that he might not make it through the entire concert due to jet lag, but anyone who knows Butch Trucks knows that he never missed an Allman Brothers Band show, except once. Not only did he make it through the show, but he thrived. Because it’s what Butch did – he lived and breathed the music. And even though he was a world-famous musician, Butch was extremely approachable and down to earth, never allowing his fame to prevent him from being himself.

On a personal note, I would like to extend my deepest condolences to the entire Trucks family and the extended Allman Brothers Band family. Butch was fiercely proud of his children and grandchildren, and he loved having them on stage with him at Freight Train Band shows. As a fan of The Allman Brothers Band, I have been fortunate enough through social media to connect with an entire community of like-minded fans, many of whom have become my close friends. I would like to share the words of my good friend, musician Mark Vormittag, because I could not have said this better myself. “Butch’s talent as a drummer was matched by his skill as a musician. He was all about the drive, the unstoppable ‘Freight Train’ that propelled the band. Duane Allman knew what he needed. Duane wanted a powerful rhythm section that could be strong but nimble, able to cope with and enhance the mid-song time changes and outright different rhythm component passages that strayed from the original pattern, and then come back into the structure of the song. He put Jaimoe with Butch and along with Berry Oakley, the magic was there. Butch was the timekeeper behind the extraordinary work of virtuosos like Berry, Dickey and Duane. And yes, even Jaimoe. Butch was the rock….the guy who was always there……every show. Farewell Butch. Thanks for being that guy.” Rest in Peace, Butchie. The Road Goes On Forever…