What if Thelma and Louise [spoiler alert!] didn’t ride over that cliff at the end of the movie? What if they escaped the cops, formed a band and started writing deep fried southern rock songs about fuckin’ and stabbin’? Well, then they’d be Thelma & the Sleaze. Like a shot of whiskey before an alligator hunt, TATS are unpredictable, unhinged, and a wild good ride. 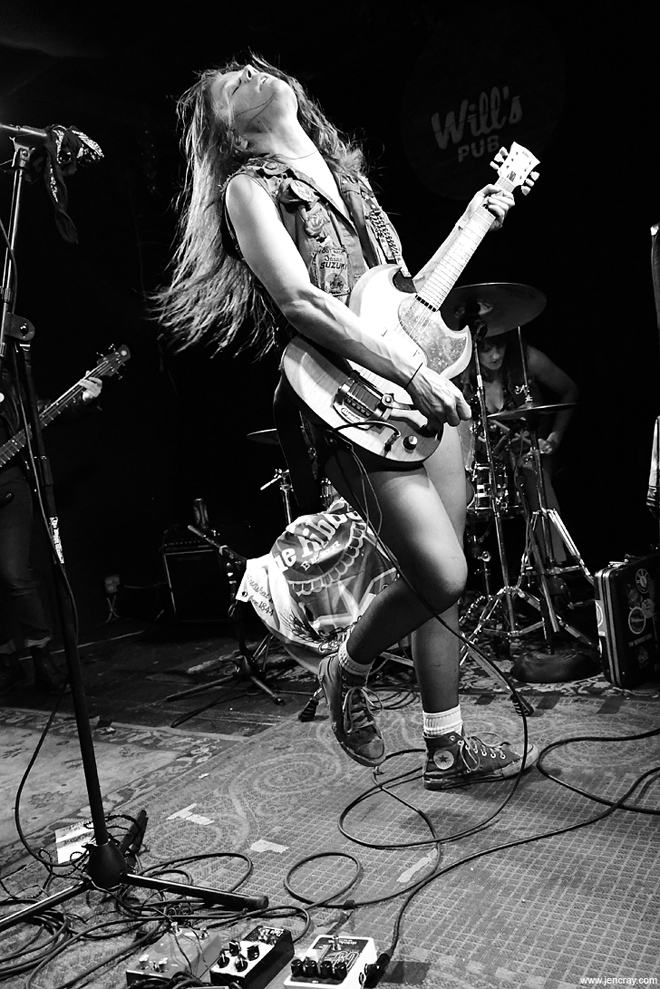 Their Orlando debut, at Will’s Pub, not only should be noted as (I’m calling it now) a highlight of the 2017 concert season, but it also marks the first occasion when front woman, LG, got a pair of bare breasts flashed her way.

“Did you just show me your titties?” she inquired of the frisky fan. 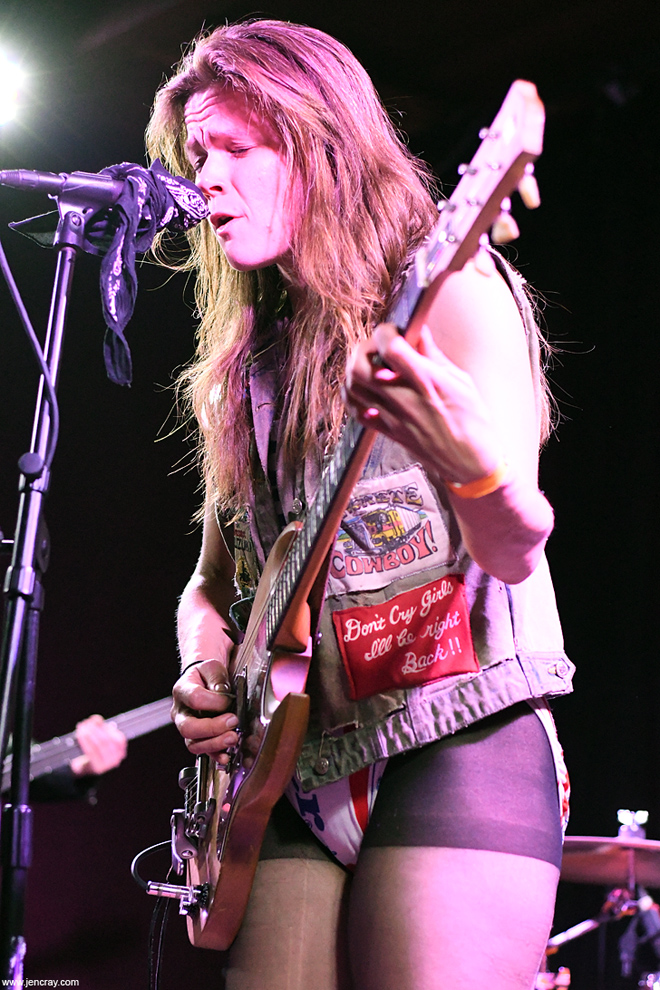 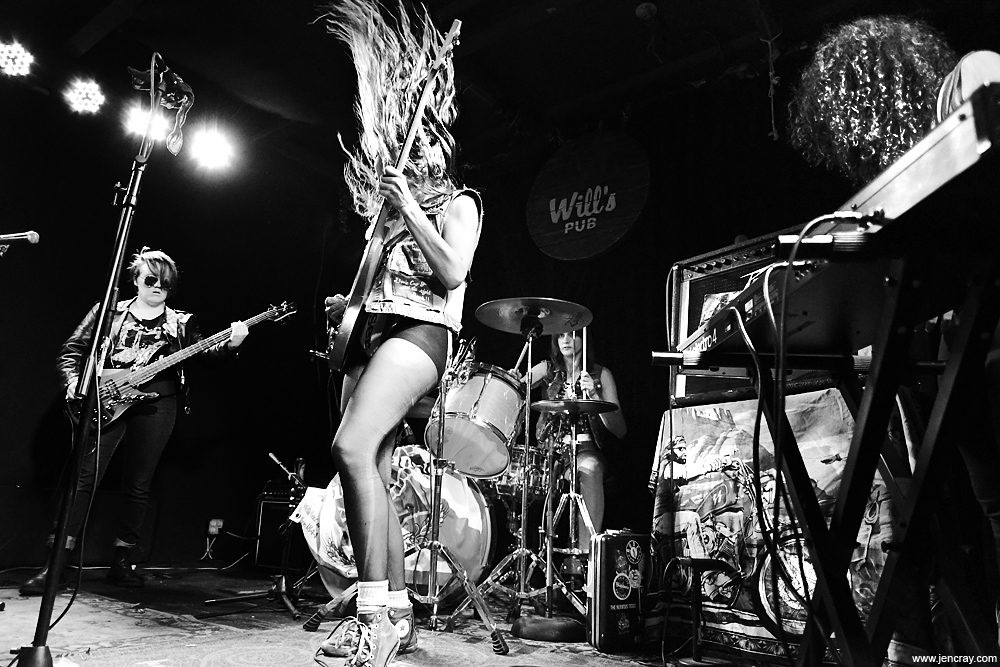 It’s not surprising. There’s something about LG that pulls you in. She’s part Janis Joplin, part Jimmy Page, and has such supreme Cunt-fidence that she can totally get away with wearing a Budweiser leotard onstage. It’s not so much a concert as a demonstration of what Rock ‘n’ Roll is supposed to be. She rides her SG like a Harley and strokes it like a lover. Her between song banter is casual, crass, and funny as hell – like when she tells a story about a bad roommate she once had (“it’s not You, it’s that you do crack and steal all my stuff!”). And her voice is straddles the line between soul and orgasm. Add to the fact that the rest of the band are all wizards on their instruments and characters in their own right and you’ve got a dream live band.

Playing just before, and tapping into a completely different spectrum of cool, was Atlanta’s Chew. Not to be mistaken for the Chicago punk band of the same name (“Wait. That’s not Chew,” was my first thought when I ran in to catch their set), this instrumental trio slay with spacey experimental music that lays the beat down hard and fast, thanks to the intensity of drummer Sarah Wilson. Their hypnotic set was the audio equivalent of smoking a bowl. 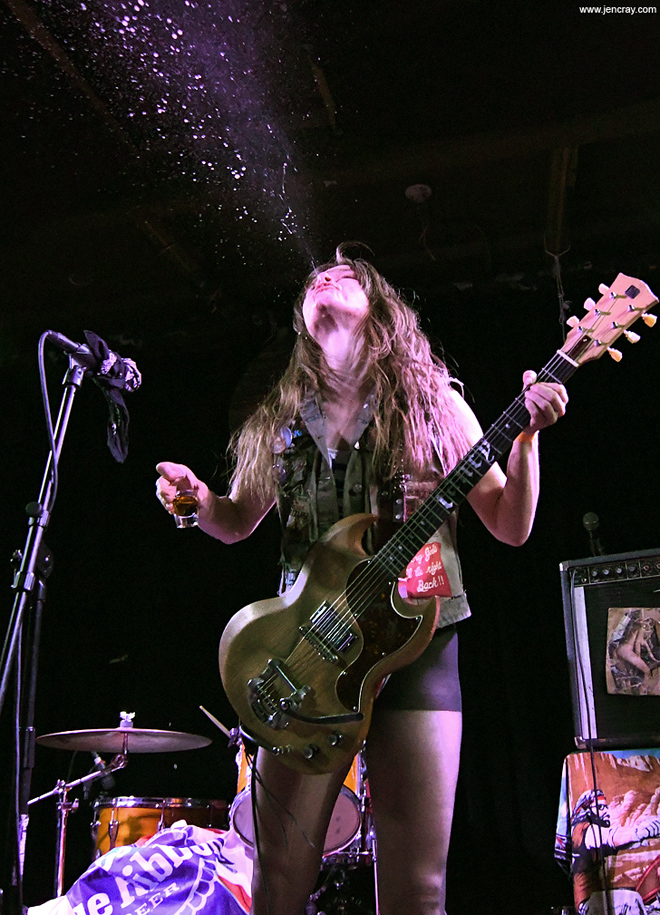 If Chew was the weed, than Thelma & the Sleaze were a straight up whisky shot – one that rather than slam back, you spit out over a crowd. It was that kind of night.

Click for full photo galleries: Thelma & the Sleaze, and Chew.