Seeing Shonen Knife is better than Prozac. When this trio of women from Osaka, Japan take the stage it’s hard not to be swept up in their overwhelming joy. Since 1981, various incarnations of Shonen Knife have been celebrating simple joys with spare garage rock tunes primarily written by founding member Naoko Yamano. 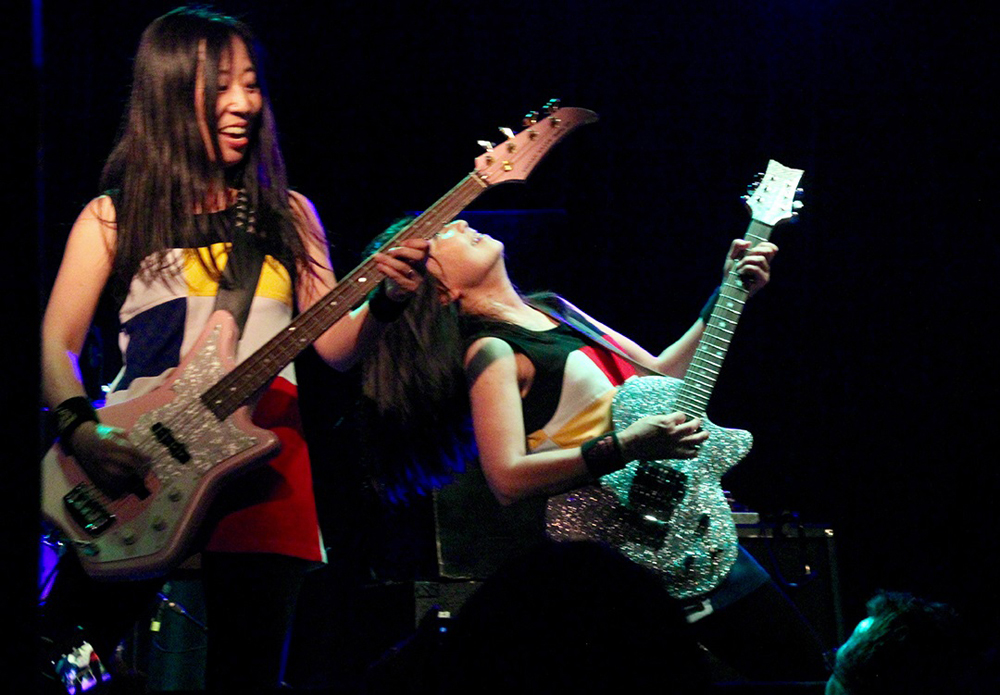 Shonen Knife has never played Tampa, so there was a band of devoted fans primed for this show. The fast paced set opened with some of their classic tunes, including Twist Barbie and Banana Chips before highlighting tunes from their latest album, Adventure. New songs like Wasabi and Rock and Roll T-Shirt have a bit more 70’s glam rock sheen to them. Naoko and bassist Atsuko had fun striking guitar god poses during the instrumental breaks. 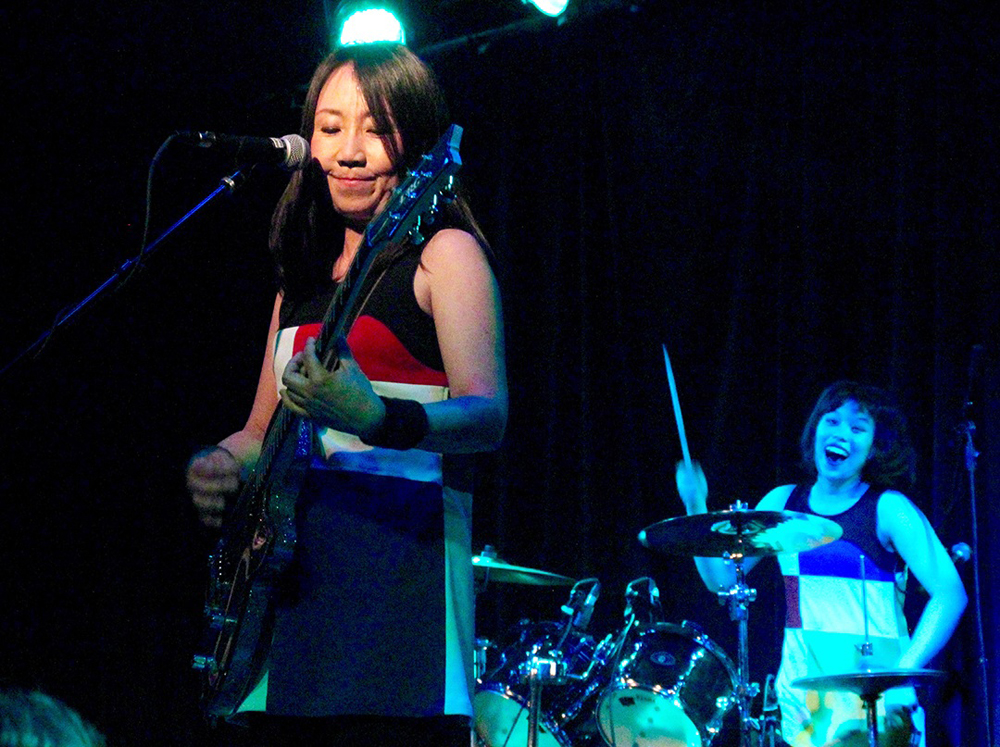 Drummer, Risa looked like she was having the time of her life back there on the drum kit. She got to sing lead on Green Tangerine and just couldn’t stop smiling. Atsuko got to take lead vocals on Wasabi and everyone had fun singing about the Capybara. 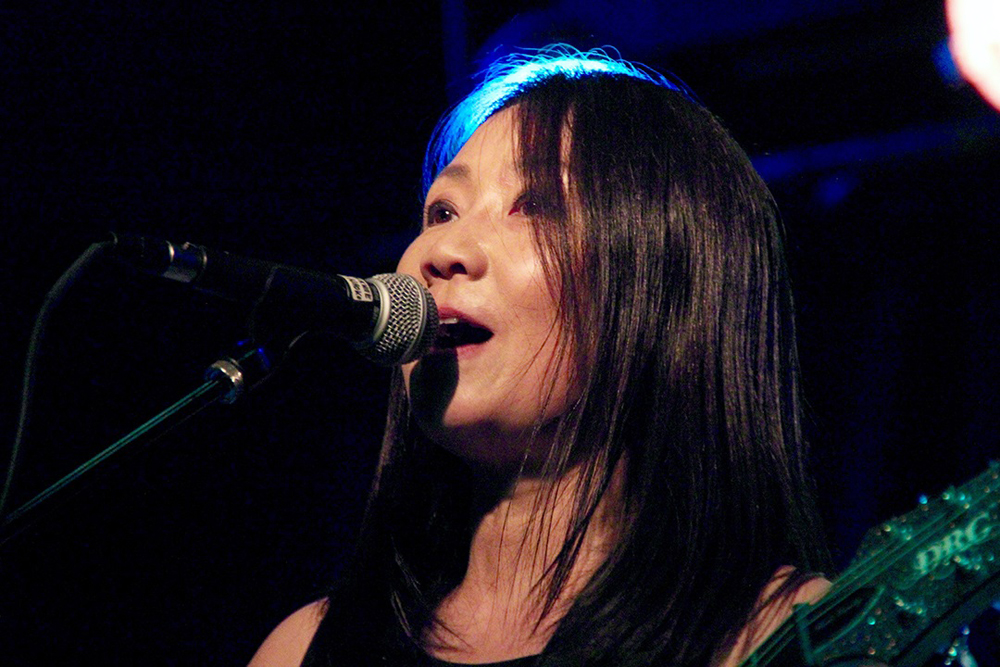 The middle portion of the show covered songs about food. The current tour is called Ramen Adventure. Naoko gave her review of a local noodle shop (very tasty) before launching into the tune Ramen. They also played tunes about Wasabi and Sushi before turning to American food with BBQ Party: a lusty celebration of pigging out on pork products (never mind the diet). 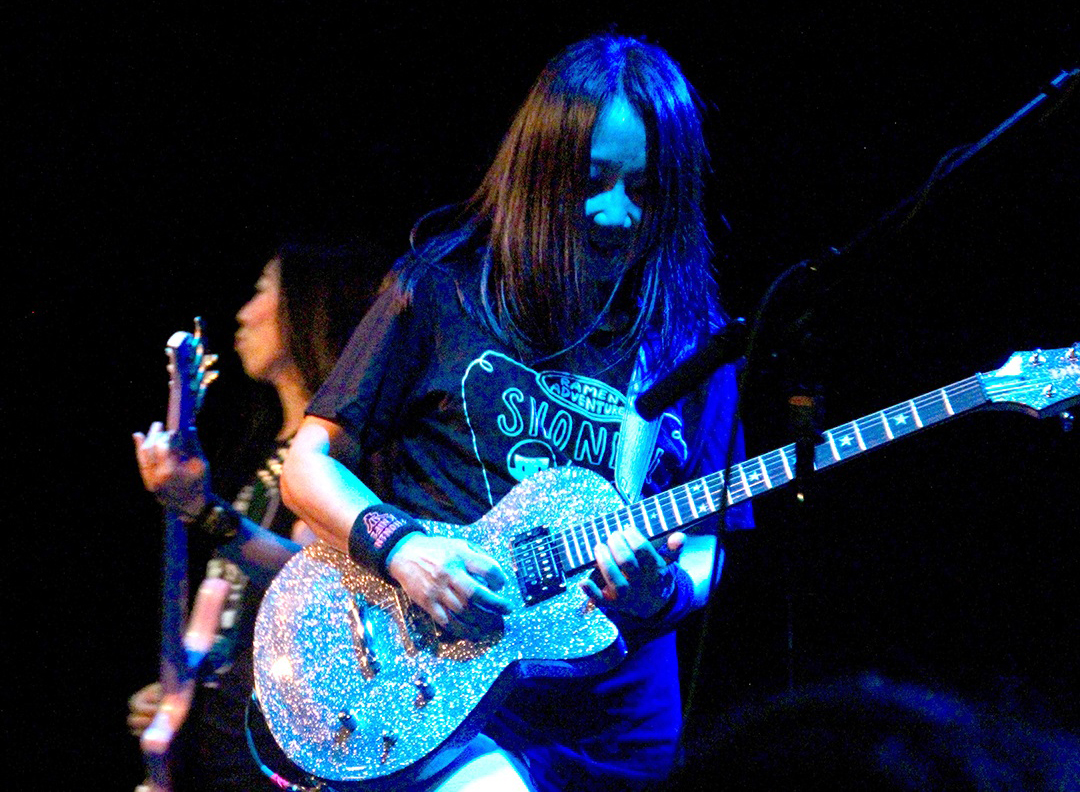 Old favorites like Riding on a Rocket and Bear Up Bison made the fans happy. Shonen Knife wrapped up the show with a cover of the Monkeys hit, Day Dream Believer. When the show ended, audience definitely wanted more. It looked like almost everyone in attendance lined up to take picture with the band and get records and CD’s signed and just tell the women in Shonen Knife how much they’re loved.

It was a good night to be a rock and roll fan.