Gone is the dark little trip hop duo who strobed out small clubs and hid inside of the shadows, sexing up smokey rooms with a sound that was like a 3am mistake. In the early days, fresh off the high of their shape-shifting debut Eyelid Movies, Phantogram were like a funkier The XX, a less brash Sleigh Bells, a little like M.I.A. fronting Polica.

These days they’ve gone tits-out mainstream. Sarah Barthel, one half of the co-ed pair, was once a dark haired goth chick who hid behind her keyboard – not that her charm and star power didn’t ooze out in spite of herself. Today, Barthel is a platinum blond popstar bombshell who owns much MUCH bigger stages with the confidence of the Katy Perrys of the world. I don’t know what Matrix-level red pill Barthel and bandmate Josh Carter have taken, but the band have become Stars – filling up Hard Rock Live to near capacity. 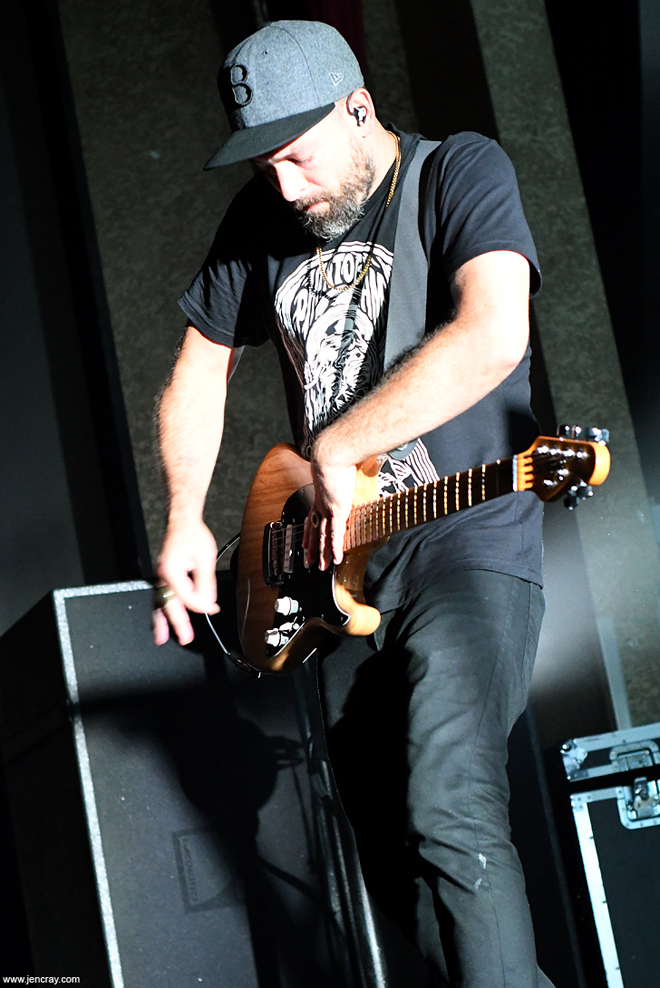 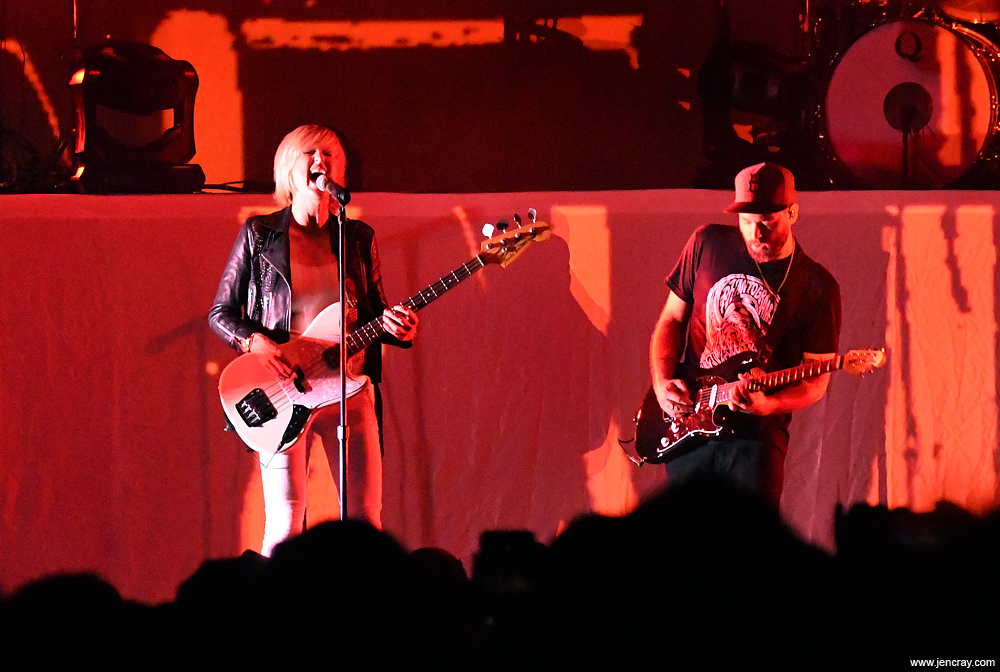 Their stage show is a grand two story affair with all of the bells and whistles of an arena tour, complete with more pop-centric songs, off of their latest album Three, that have made what was once a starkly hip electronic act palatable to the masses. I would cross my arms and shake my head in disgust if they didn’t pull it off so superbly. “Same Old Blues” may not trigger the same visceral response as early songs like “When I’m Small” or “Mouthful of Diamonds,” or even “Dont Move” (all of which they, thankfully, played), but it’s still an undeniably hot song. And the fact that we all had to wait through 90 minutes of vocal-less opening acts leading up to it only made Barthel’s voice sound that much sweeter.

Vocal-less (except for one song with guest Thomas Mullarney III of Beacon) but incendiary, Tycho is a full live band, led by Scott Hansen, that makes ambient music that you can dance to. Their set is like being adrift at sea in one of Wayne Coyne’s see-through hamster balls. It’s a kaleidoscope of color and mood and it’s brilliant, but after the 45 minute techno dj set that Heathered Pearls had just put on, it wore out its welcome after about a half hour. 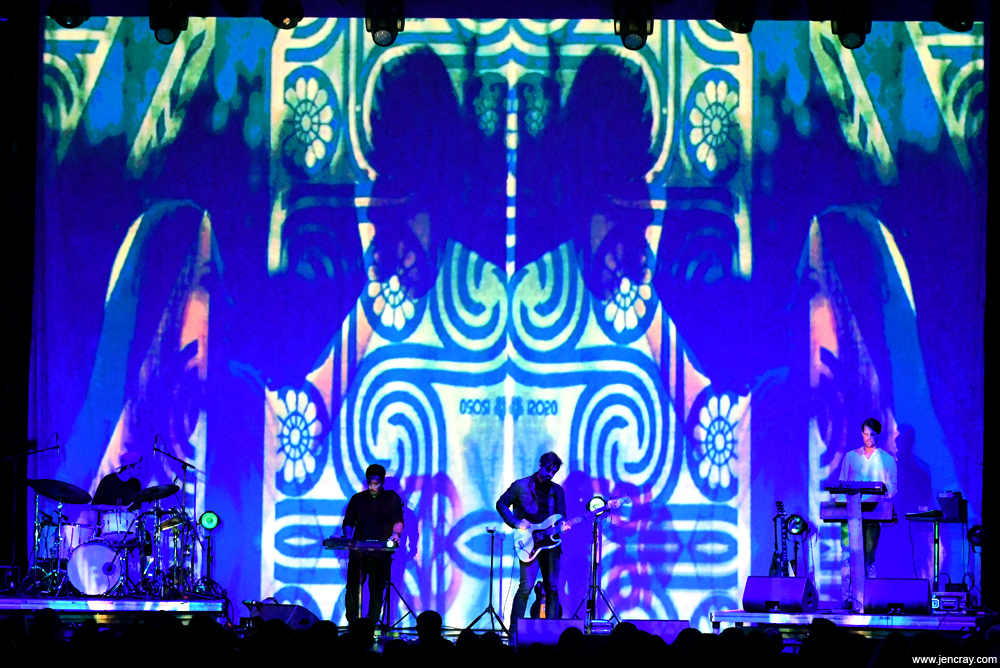 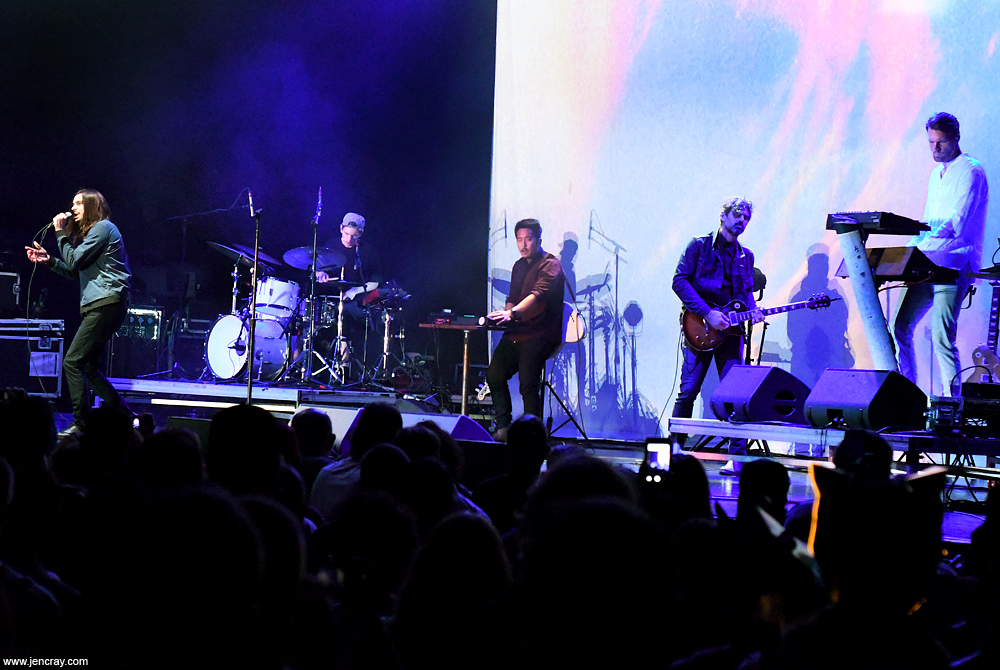 Techno is great, ambient dance music is rad, but one right after the other, before the sun has even tucked itself in for the night, was a bit much… unless you were one of the Cheetah headed/fur boa twins who danced their way through the crowd. Those two were in the ZONE and it mattered little if it was a dj, an ambient act, or the hypno pop main act onstage. We should all hope to Rave that hard!

Check out for photo galleries: Phantogram and Tycho.