Everywhere I turned, bodies lay in varying degrees of undress. Pale faces and collapsed frames, stewing in puddles of sweat, with abandoned bits of pizza and Gatorade scattered about, forgotten… Everywhere, bodies.

And I was about to become one of them. 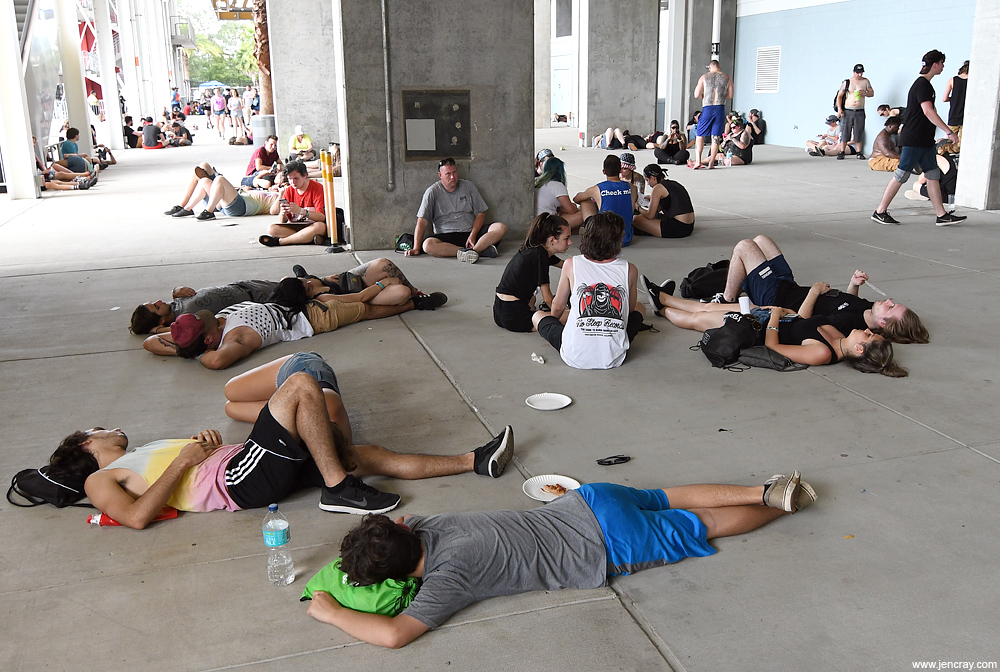 Even more so than in years past, the Vans Warped Tour had kicked my fragile, dehydrated ass, and it was only 4pm. With the Florida heat clocking in with RealFeel temps upwards of 115 degrees, the shaded confines of Camping World Stadium had become a cool oasis from the scorching fields of play. Sweat, hydrate, repeat. A day of purge and replenishment… and then the storms came.

So, yeah, it was a typical Florida summer’s day, but it was also the Warped Tour. So, despite the elements, the bands played and despite the discomfort, the fans raged with them. 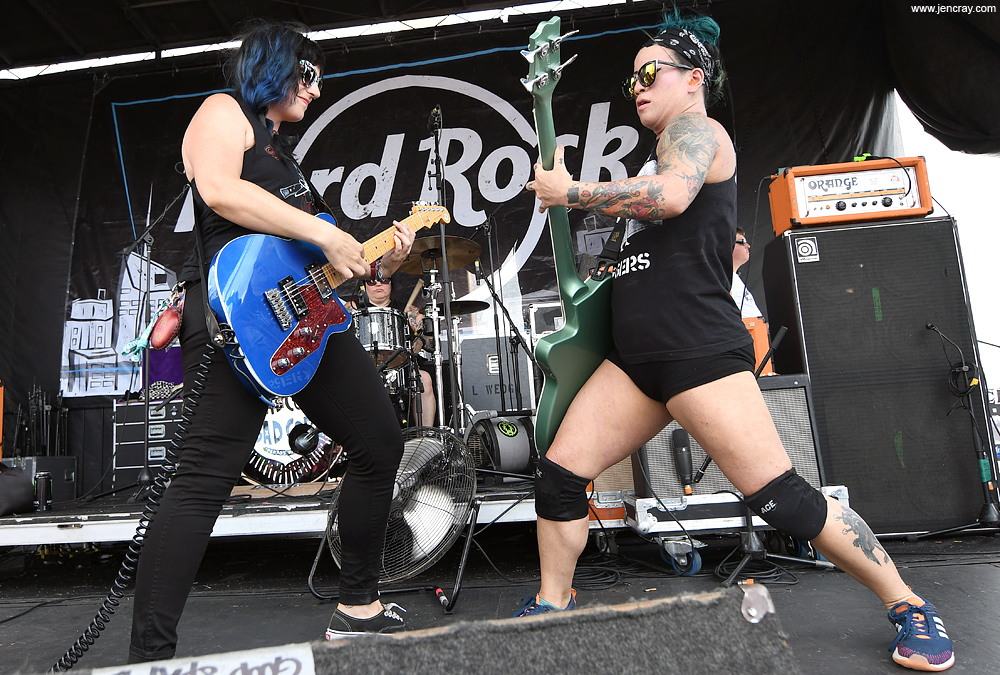 As has become typical for my personal Warped Tour experience, it was the small stages that housed the bands most interesting to my tastes. Valient Thorr brought their dirty interplanetary punk into the daylight and proved even more fierce in bright sunshine. Municipal Waste slayed with a pre-storm set of thrash metal replete with stage rattling furor and provocative political imagery (note their pretty banners). Bad Cop Bad Cop carried the torch for Fat Wreck Chords-style punk, delivering one of the most ear pleasing sets of the day – imagine NOFX doused in feminism instead of testosterone. All of this goodness was what the Hard Rock Stage had to offer.

Next door, on SkullCandy was where War on Women planted their flag in the Warped Tour 2017 beast as “the reason to attend the show.” Songs about abortion, songs about rape, songs about gender equality – this punk political powerhouse pulled no punches, bulldozing through a cathartic set that found the balance between anger and unifying peace. “At Warped Tour, you get Feminism and free slushies,” as frontwoman Shawna Potter gushed. Further endearing themselves to Orlando, the band brought Tierney Tough (of The Pauses) up onstage for a song. 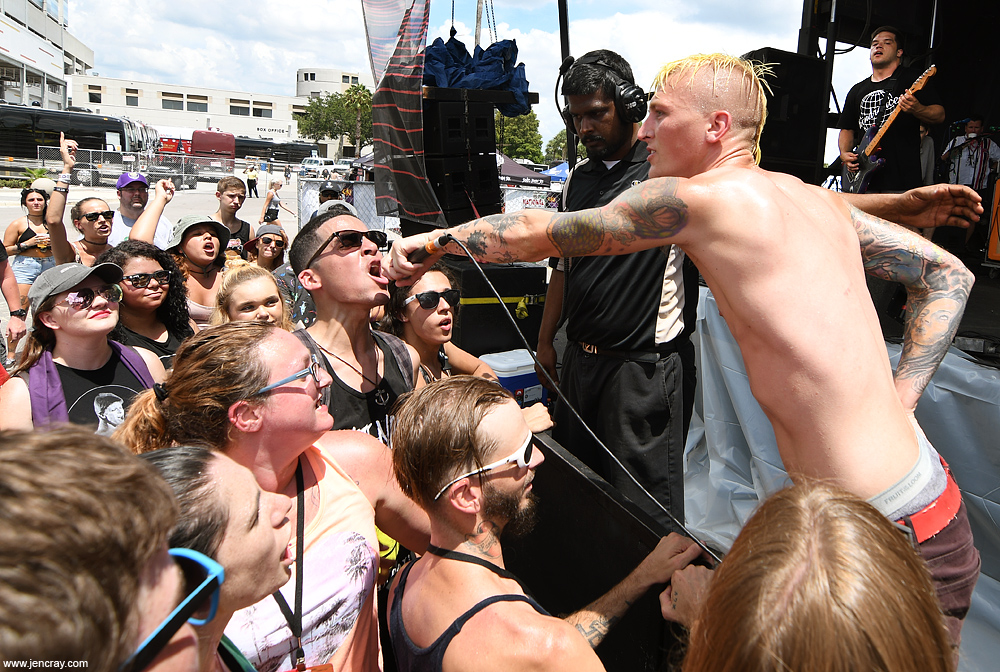 Other notables include Creeper, who are keeping the goth flavored emo of yesteryear alive and well. They’re on the small Full Sail stage this summer, but these guys could be main stagers next year, easily. Also ready to outgrow the small stage, The Fantastic Plastics. The pair’s Devo-esque stylings, and crayola colored look, was a delightful distraction from the white noise of the typical Warped sounds (with no disrespect meant to The White Noise, whose set I rather enjoyed). 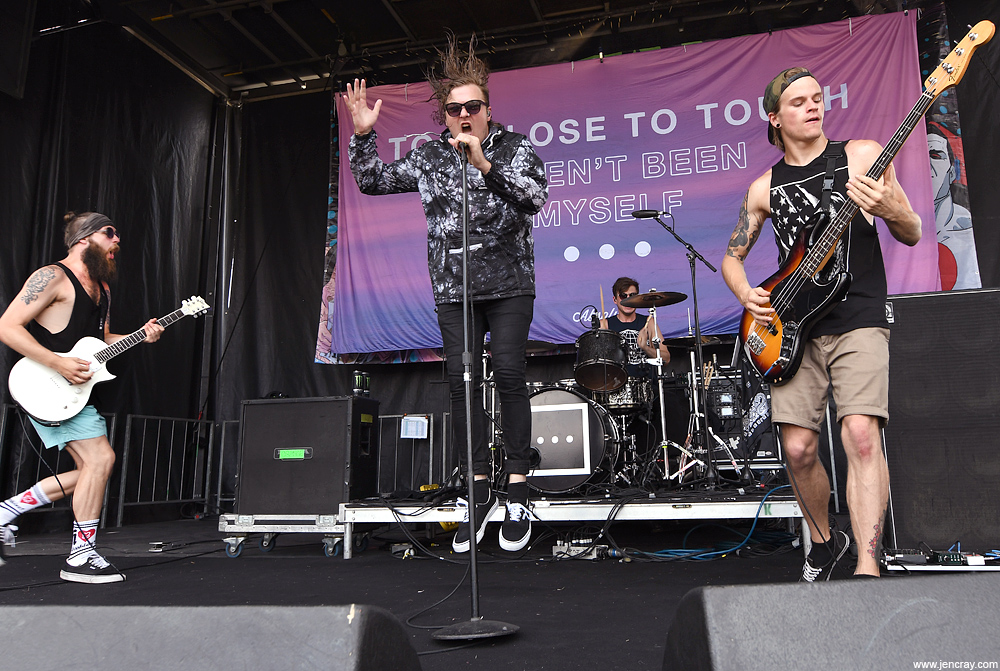 Jen Cray
Too Close To Touch

Per usual, exhaustion eventually set in and my day of Warped was brought to a forced close. There were still a ton of bands on my hope-to-see agenda for the day (I’m looking at you, Barb Wire Dolls, Anti Flag, and Save Ferris), but when you start seeing spots in front of your eyes and the world is no longer in focus, it’s time to go home. 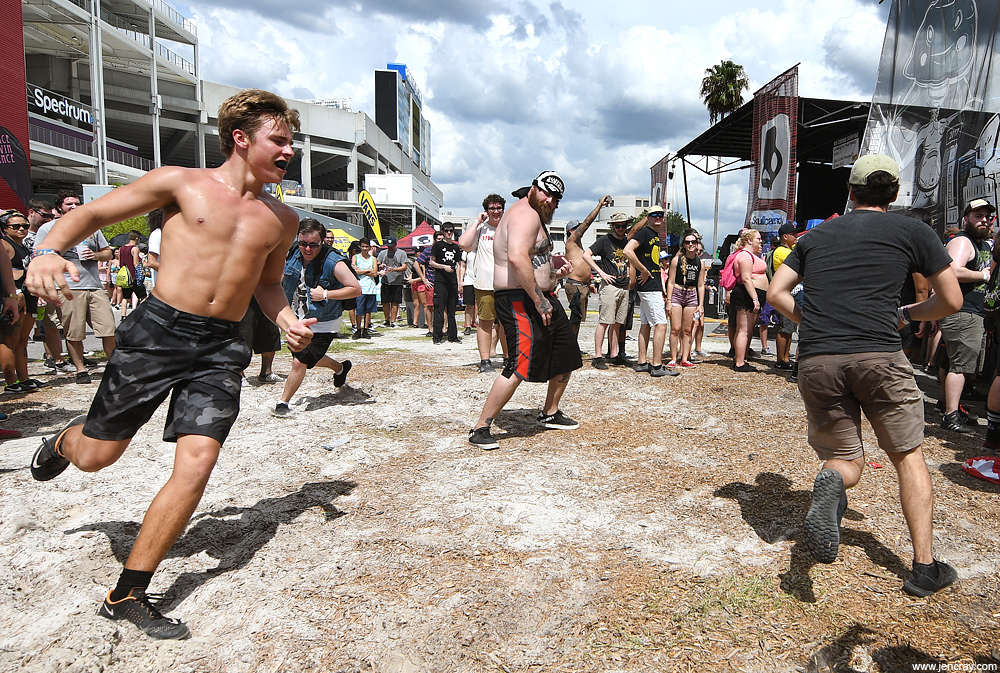 Until next year, Warped Tour.