Tampa’s indie rock faithful came out to celebrate the release of DieAlps! long awaited full length album at New World Brewery in the Ybor City historic district. It took more than two years and numerous personnel changes for the Tampa band to follow up their self titled debut EP with Our City. The event was also tinged with sadness. The home away from home for many Tampa area musicians is closing in September and tonight is the last time DieAlps! and opening act Pohgoh will play the well-loved venue. 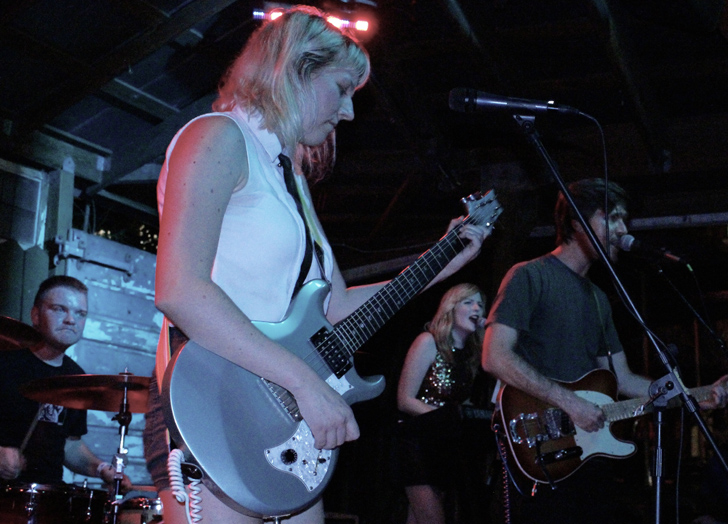 Connie Calcaterra, acknowledged the bittersweet moment by opened the show with a new song. Many new songs have been debuted on the New World’s courtyard stage and Calcaterra wanted to do it one last time. DieAlps! proceeded to play Our City in its entirety. Frank Calcaterra, took the lead vocals on the album opener, “Running Into Walls”. Connie and Frank share the vocals and guitar duties as they run through the dozen songs on Our City. Sarah Modene (keys) Jonathan Robbins (drums) and Ariel Cortes (bass) complete the sound.

The New World show served as both the launch for the new album, but also as the kick off date of a tour that will see DieAlps! playing shows and festivals around the Southeast. 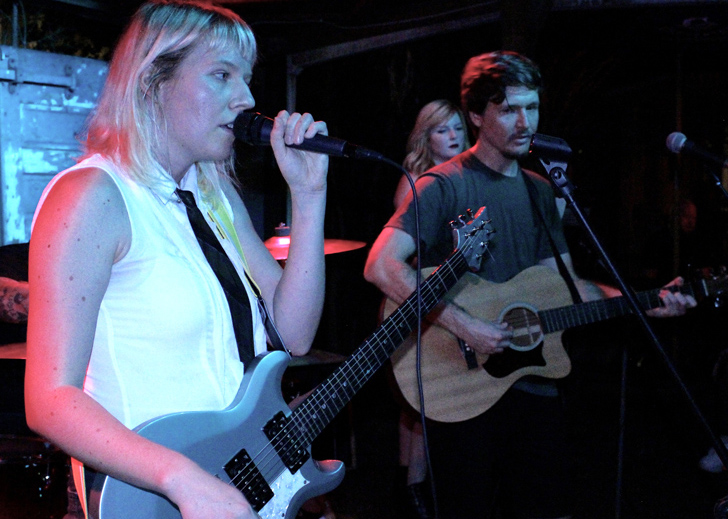 Our City was self-recorded with Frank Calceterra acting as engineer and producer. Connie’s songwriting reflects her Austrian heritage with waltz tempos and baroque elements flavoring the band sound. Overlaying this foundation is a ’90s vibe with references to Radiohead and the Shins. The tunes are as bittersweet as the release party. Growing old and the tragedy of the Pulse shootings are addressed in the songs, as well as just the struggle of day to day living.

The incarnation of the band that is taking Our City on the road is different from the group that recorded the album. The Calceterras were joined by Doug Nelson (bass), Vinnie Cosentino (drums) and Cormac Kavanagh (keys). Change has been part of the DieAlps! story from the start. Ariel Cortes, the band’s current bass player was their original keyboard player. Its all part of the band’s continuing evolution.

And like DieAlps!, the New World Brewery will have a new incarnation in a few month. When the new venue opens, DieAlps! and many other Tampa bands will have a new home away from home.