Andy Frasco and the UN

Andy Frasco and the UN

Andy Frasco and the UN are spending a lot of time at sea lately. They just came off the Jam Cruise and will be heading back to the waves for the rock cruise in about a week. The Crowbar show feels like a continuation of a non-stop party. Andy brought along musicians and fans from the Jam Cruise to fill the Ybor City bar with over two hours of mayhem. Having checked out the Songs From the Road, Frasco’s frenetic live album/DVD release, I was ready for an energetic set. On the disc, Andy came across as the delinquent nephew of Bruce Springsteen. Seeing the band in person, Andy comes across as Bruce Springsteen’s delinquent nephew who is trying to make his uncle look like a lazy couch potato! 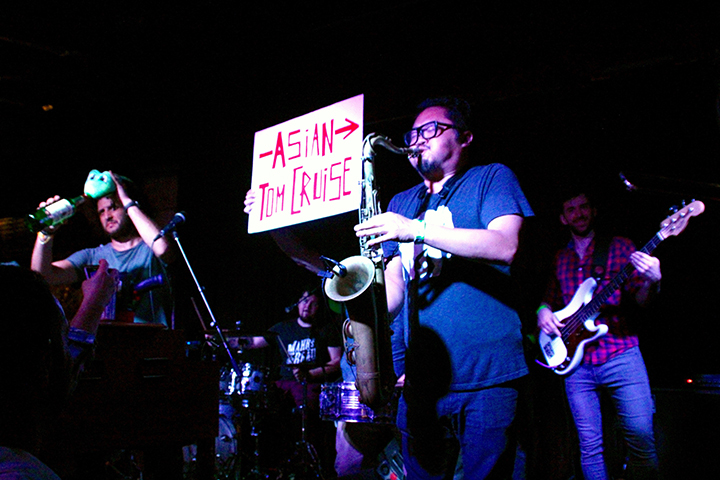 The UN Kicked off the music marathon with his ode to bondage, “Tie Me Up” and things never really slowed down for the next two and a half hours. The set was loose, almost to the point of anarchy, but never actually falling apart. Andy treated the show as a rehearsal by trying out new songs and covers they’re working up for the rock cruise. Friends kept jumping into and out of the set. Texan’s Chad and Matt Cocuzza from the band Spoon Fed, jumped in on a lot of songs adding marching band percussion to a lot of tunes. The horn players from opening act, Gwan Massive joined the fray on a lot of songs too. I was impressed with how seamless the playing was with people coming and going all night long. The UN was also playing with a pick-up bass player because their Dutch bassist got deported coming off the Jam Cruise.

An Andy Frasco show is an interactive event. Andy sent guitarist Sean Eckles and sax player Ernie Chang out onto the dance floor for “band parties” where the players had cutting contests on the dance floor. Andy came down off the stage to lead the dancers in a Soul Train style dance showcase. Andy frequently mentions his Jewish heritage and after the Soul Train tribute, Andy went full horah on us by getting six folks hoist him aloft on a stool as people danced around him. A bit after midnight, Ernie and Andy helped a woman celebrate her birthday. The young woman came onstage to receive her birthday lap dances from Ernie and Andy. 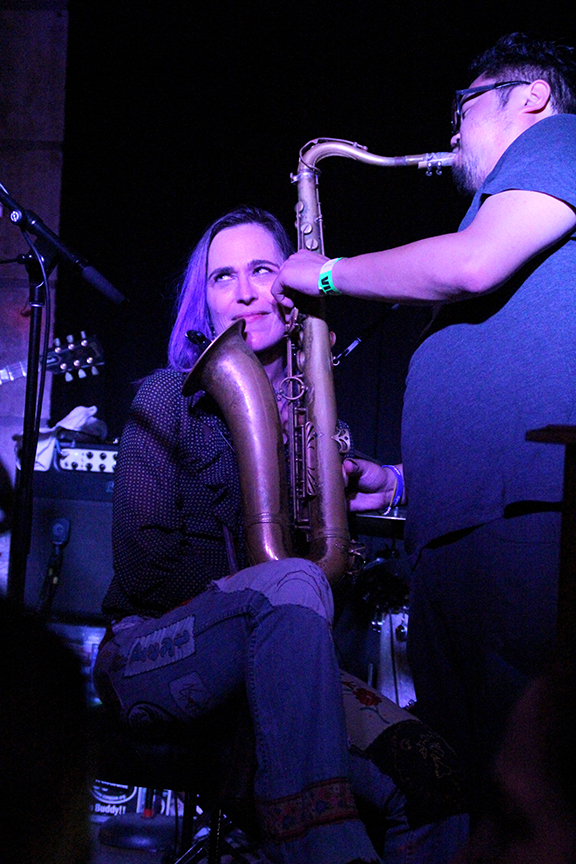 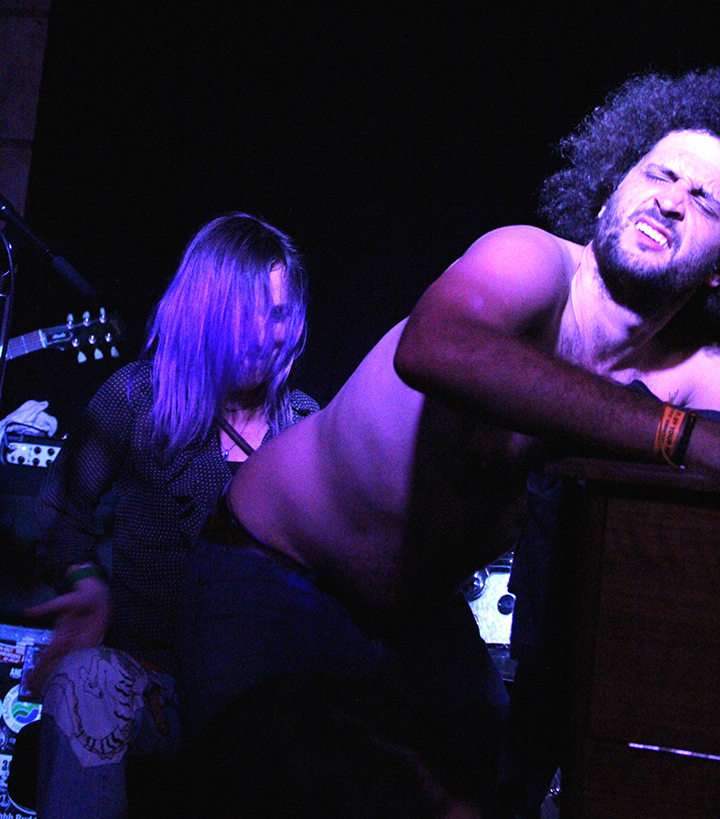 At this point, you’re probably realizing that trying to describe an Andy Frasco show is like trying to describe a hurricane. I’ll just tell you to dive into the chaos if you ever get the chance and let the music carry you away. You may wind up doing the freeze dance with a guy in a gold cape and a plush snake or drinking Andy’s whiskey. Andy asked us to make him a promise, that whatever happens, let’s just be happy. For a curmudgeon like me, that’s a hard promise to make, but for a few hours, Andy Frasco and the UN can chase the blues away.

Tampa’s soul/hip hop review, Gwan Massive warmed up the congregation for Andy in fine style. Their horn players spent a long time on stage playing with the UN as well.