Beyoncé and Jay-Z are On the Run again, taking their co-headlining “we are the biggest stars on the planet” tour to stadiums all across the land. Curiosity brought me through the gates of Camping World Stadium when the larger-than-life tour dropped down in Orlando. Complete and utter love and devotion brought the other 50,000 or so. 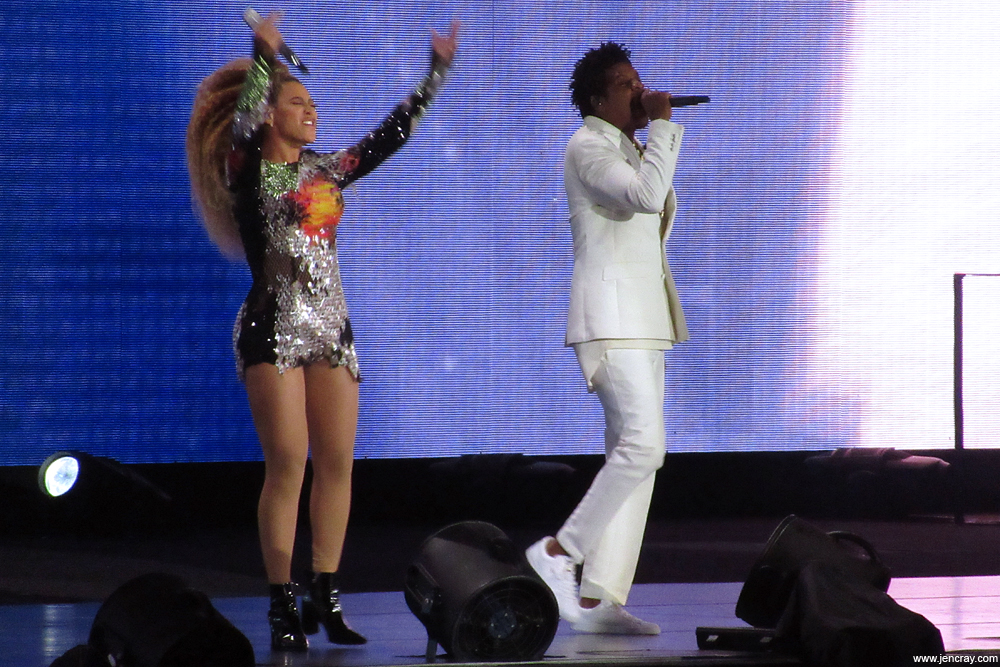 It’s been 11 years since Beyoncé has graced Orlando with her presence and at that Amway Arena show she was so lost in the performance, and in the whipping ‘round of her hair, that she tripped and fell – face first – down a set of stairs. And got right back up again – like a boss. That, in a nutshell, is the legend of Beyoncé. When she discovered that her famous husband was cheating on her, she reacted in song with what many consider to be her finest record to date (Lemonade). That’s class, that’s power, that’s why Bey is bigger than ever. She’s gonna “keep running cause a winner don’t quit on themselves.”

That’s also why she cast a large shadow onto Jay-Z on this tour. The pair may have been sharing top billing, but it was clear who the star was in the eyes of the audience. It was also clear that Jay-Z knew it, accepted it, and felt lucky to be standing alongside her. The theme of the night was reconciliation and second chances at Love. It was both a celebration and an apology.

The pair shared the stage, trading off songs and solo moments in a breathless assault to the senses. The stage was enormous, the video screen that stretched the length – large enough to be seen from the moon, and a pair of catwalks led out deep into the field of fans – and even up into the air, as one catwalk extended into a raised staircase (be careful, Bey!). There was pyrotechnics, an army of dancers, and even money metaphorically thrown to the fans (a local high school student was surprised with a $100K scholarship grant from the couple).

It was over the top, as a stadium show of this stature should be. It may have been curiosity that I was feeling at the start of the night, but in the end what I felt was respect and awe. 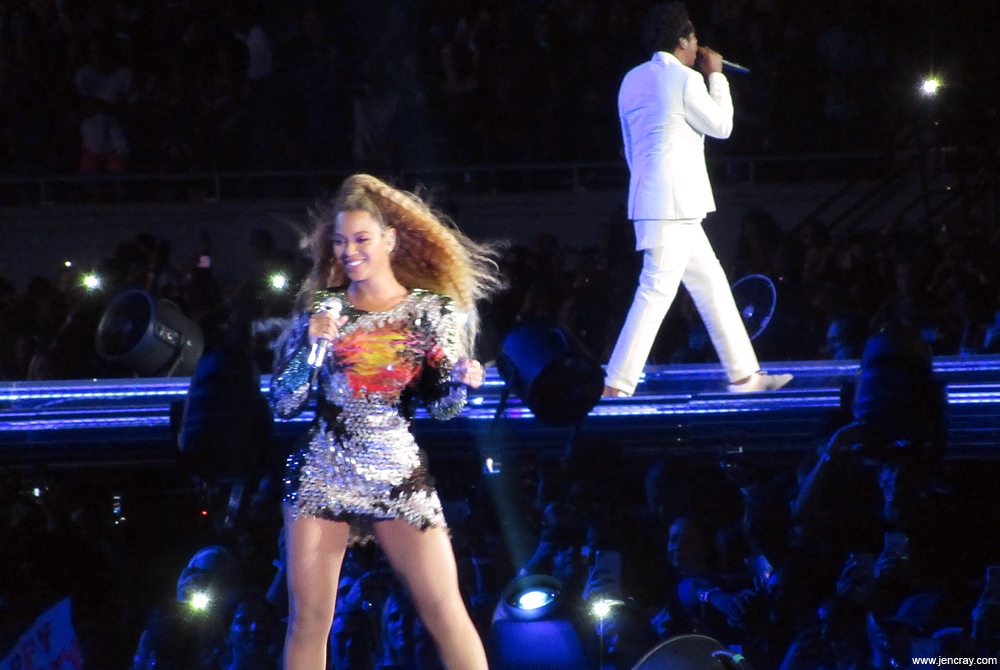 Full gallery of photos, from a fan’s point of view: Jay-Z and Beyoncé On the Run II