with Mayday Parade, The Maine, State Champs, The Wonder Years and more

The first ever Sad Summer Festival finally made its way to Orlando. I was beyond excited to attend a music festival again, especially after Warped Tour ended last year. Upon entering the festival, it reminded me of Warped Tour, but on a smaller scale. The merch tents lined up on the pavement, the smell of sunscreen, sweat, and sadness filled the humid air. The difference between this festival and others I have been to was the number of band members I saw walking around mingling with fans. It made it feel so much more personal. 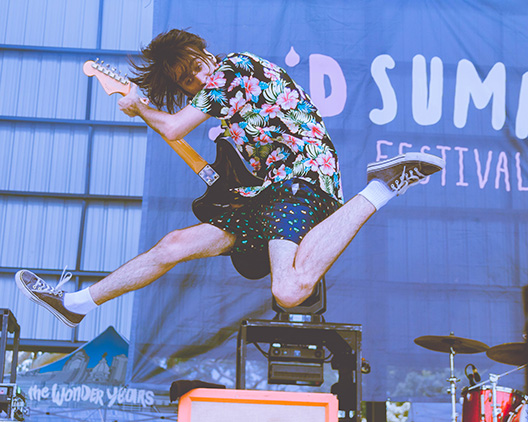 Opening up the show, Australian pop punk band, Stand Atlantic took the stage. The crowd bopped more than I expected them to. It was refreshing to see a female fronted pop punk band.

Next up was California-based funk punk band, Just Friends. They were the band I was most excited to see. Opening their set with “Supersonic” off their latest album Nothing But Love, the crowd immediately popped off. Their stage presence was unlike no other. The energy the entire band emitted blew me away. Vocalist, Sam Kless called for a wall of high-fives during “Keep Up” and made sure to tell the crowd to not hurt each other. They brought the party unlike any other band could on this lineup.

As the sun beamed down on the concert goers, Pennsylvania based alt rock band, The Wonder Years took the stage. This was the hottest part of the day, but The Wonder Years still managed to rock the crowd.

Once The Maine opened with Black Butterflies & Deja Vu, the clouds rolled in. Vocalist, John O’Callaghan ran through the crowd and climbed a pink ladder in front of the soundboard. He instructed the crowd to wrap their arms around the person next to them and sway. Typical Florida weather started to settle in, and when we thought we weren’t going to get hit with rain, it poured. 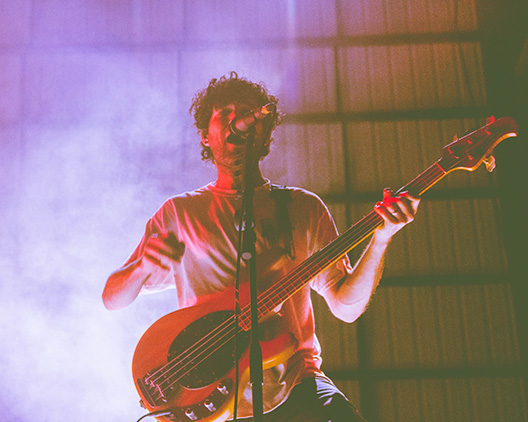 Closing out the night, Tallahassee based rock band, Mayday Parade shook the crowd opening with “Oh Well, Oh Well”. Playing crowd favorites, I could hardly hear Derek Sanders’ vocals over the crowd. Sanders whipped out the acoustic guitar during “Piece of Your Heart” off their latest album Sunnyland. After playing the slower jams, they brought back the energy with “One of Them Will Destroy The Other”, one of their heavier songs. The smiles on everyone’s faces made it prevalent that this festival made it less of a sad summer. 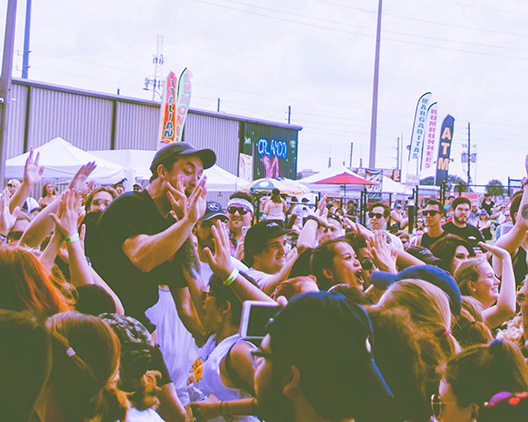