Iconic rock band, Styx, has been wowing crowds with their electrifying performances since the 1970s. The multi-platinum rockers show no signs of slowing down either and continue to tour, performing for packed houses everywhere. Bringing their unique sound and stage show to the inaugural concert at Midflorida Credit Union Event Center (formerly named Port St. Lucie Civic Center), the packed audience was treated to two blistering sets plus a two-song encore on a chilly yet magical evening in South Florida. 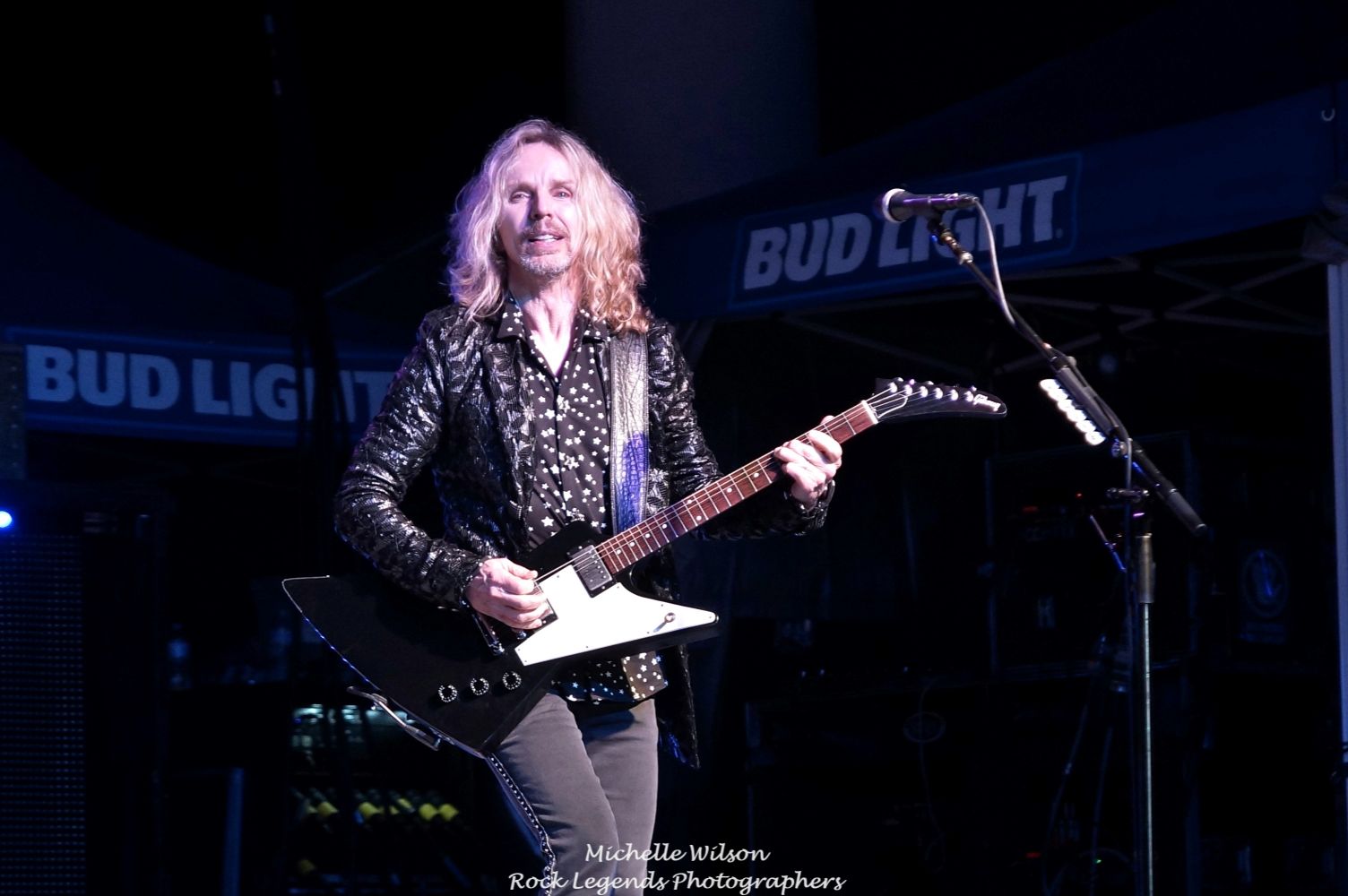 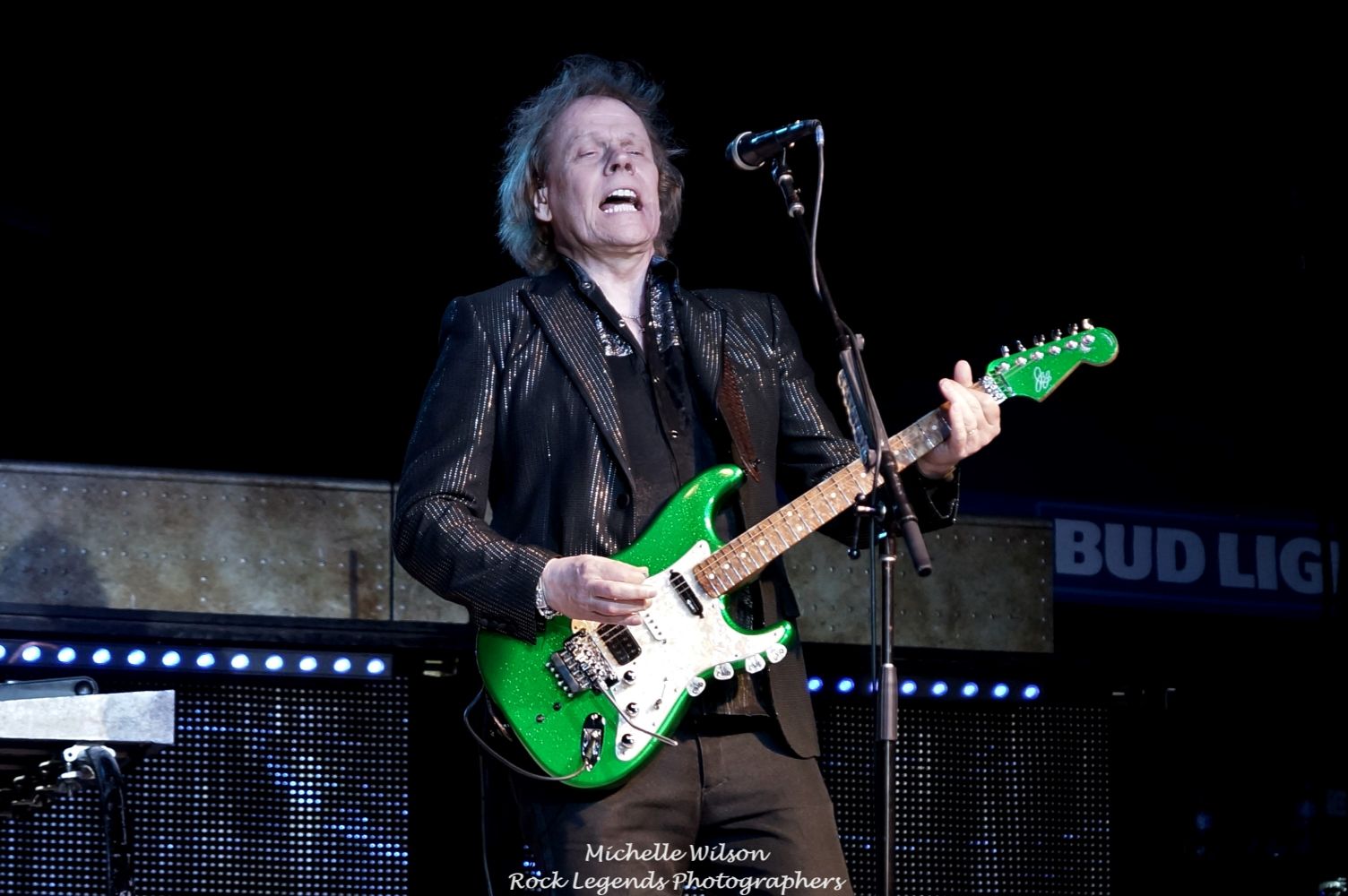 Finding just the right balance of prog rock, catchy pop songs and soft ballads, Styx remains as timeless as their beloved music, and they NEVER seem to age. Original guitarist/vocalist James “J.Y.” Young is the only full-time founding member of the band, but original bassist Chuck Panozzo does join them onstage for some songs at each show, this one being no exception. The remaining lineup packs a mighty kick and includes guitarist/vocalist Tommy Shaw, who, at 66, has stumbled on the proverbial fountain of youth, powerhouse bassist Ricky Phillips, monster drummer Todd Sucherman, and sensational keyboardist/vocalist Lawrence Gowan. Shaw and Gowan have never sounded better, and the musicianship is just top notch. Shaw is a very underrated guitarist and watching him play is a sheer joy. Covering a career-spanning array of nuggets plus two covers, Styx was indeed in top form and kept the freezing concertgoers spellbound. There were enough leaps, kicks and theatrics to rival musicians half their ages, and their (many) smiles were genuine. 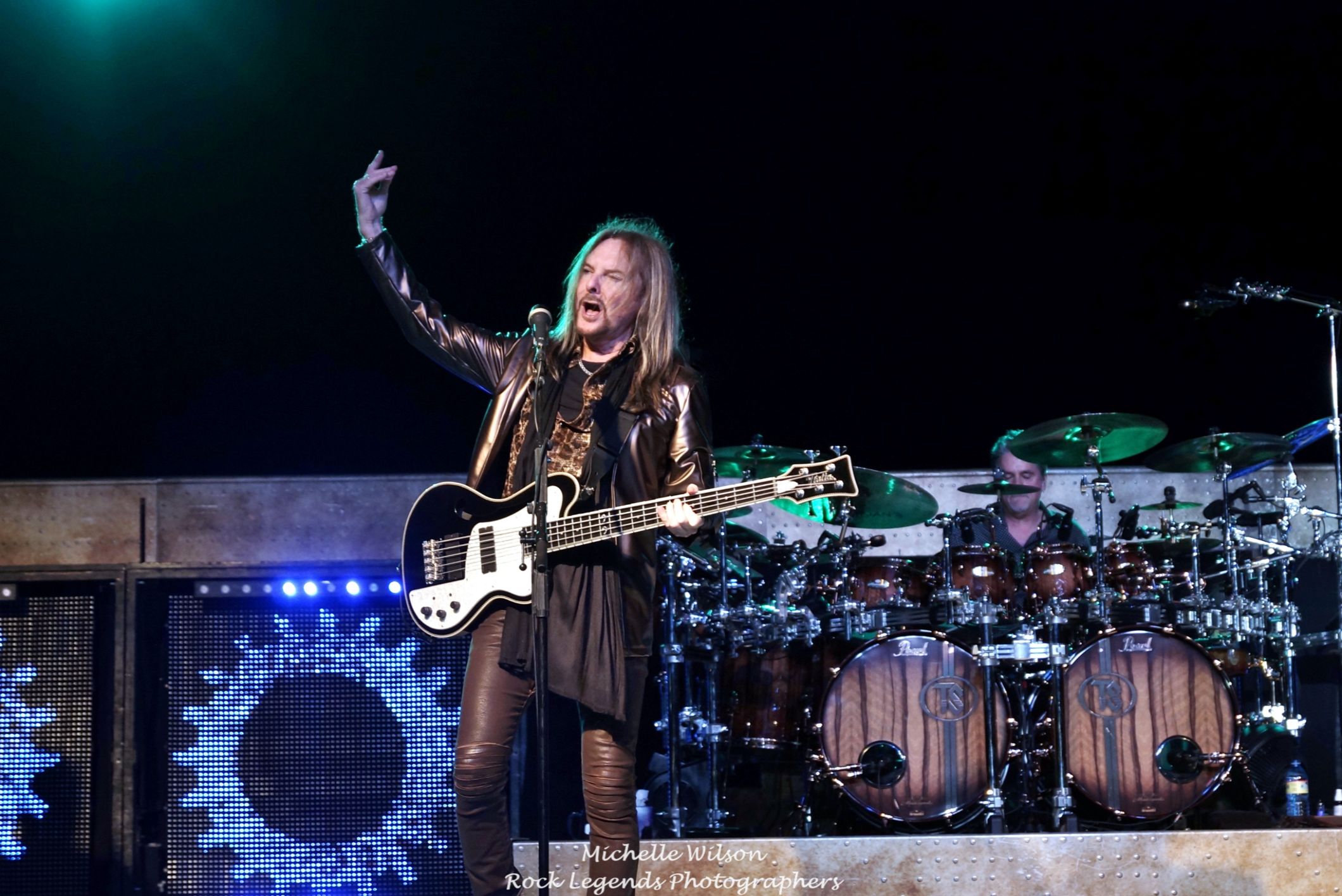 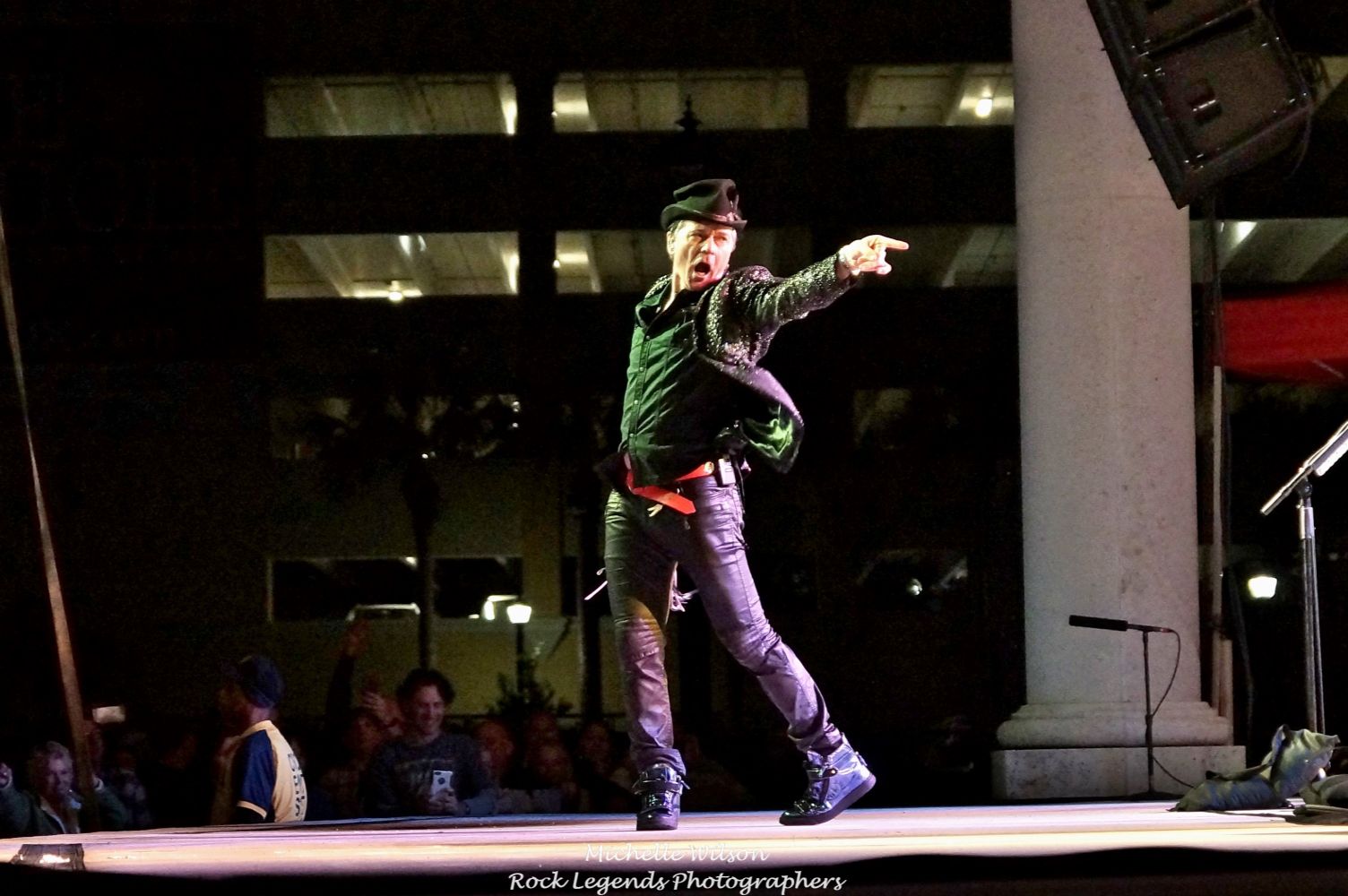 Kicking off the evening at 8pm and playing until 10:30 with a 25-minute break, the band took the stage amid dazzling lights and opened strong with “Overture” and “Gone Gone Gone,” both off their latest release, The Mission (2017), and then threw it back old school with a classic Pieces of Eight (1978) choice, “Blue Collar Man (Long Nights).” Interspersed throughout the concert were five additional tracks from the 2017 album, including “Radio Silence,” “Red Storm,” “Locomotive,” “The Outpost,” and “Khedive.” “Styx is making new music in the new millennium!” shared Young, who was wonderfully interactive with the crowd throughout the evening. The newer compositions blend seamlessly with the vintage material, and fans definitely were digging all of it. 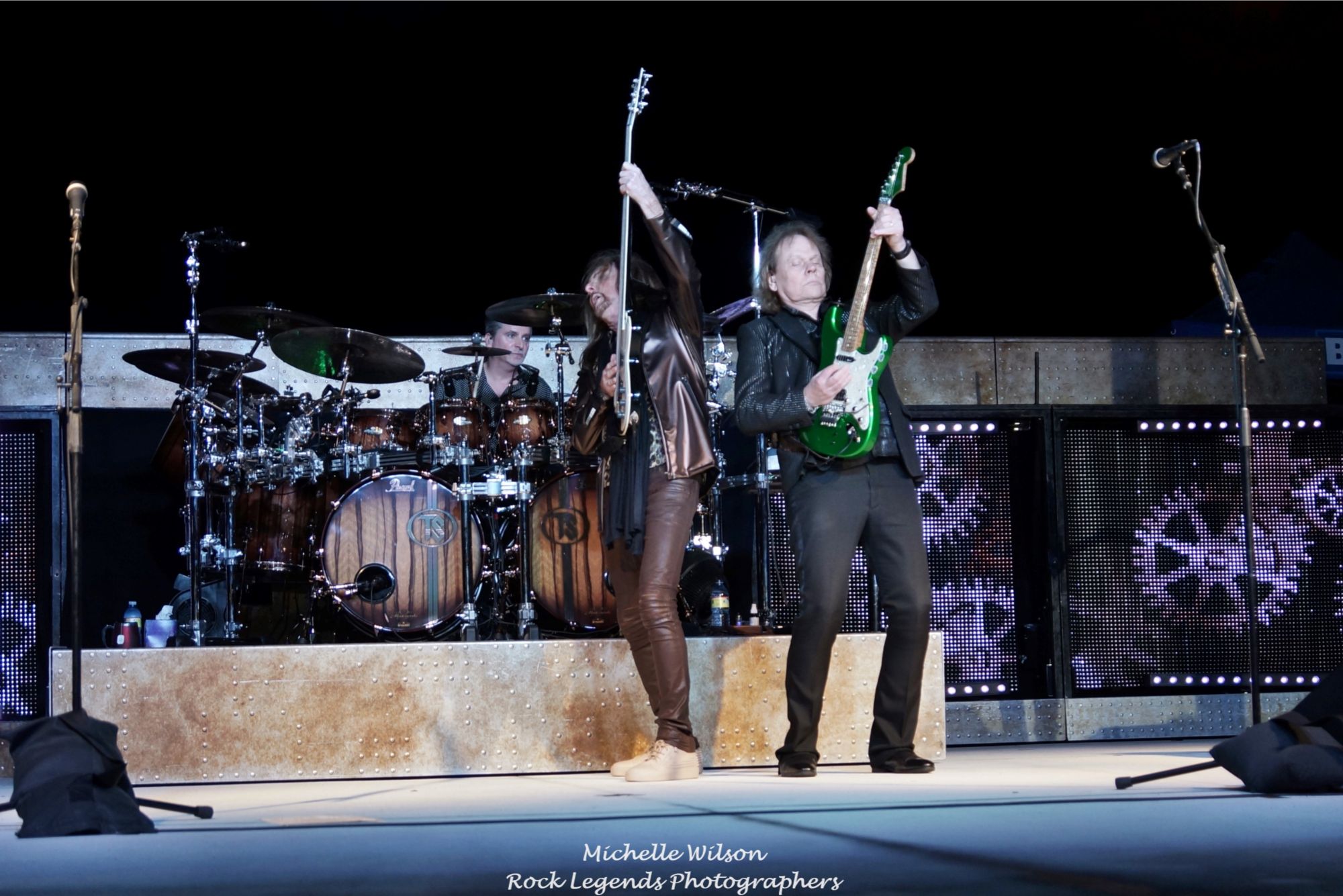 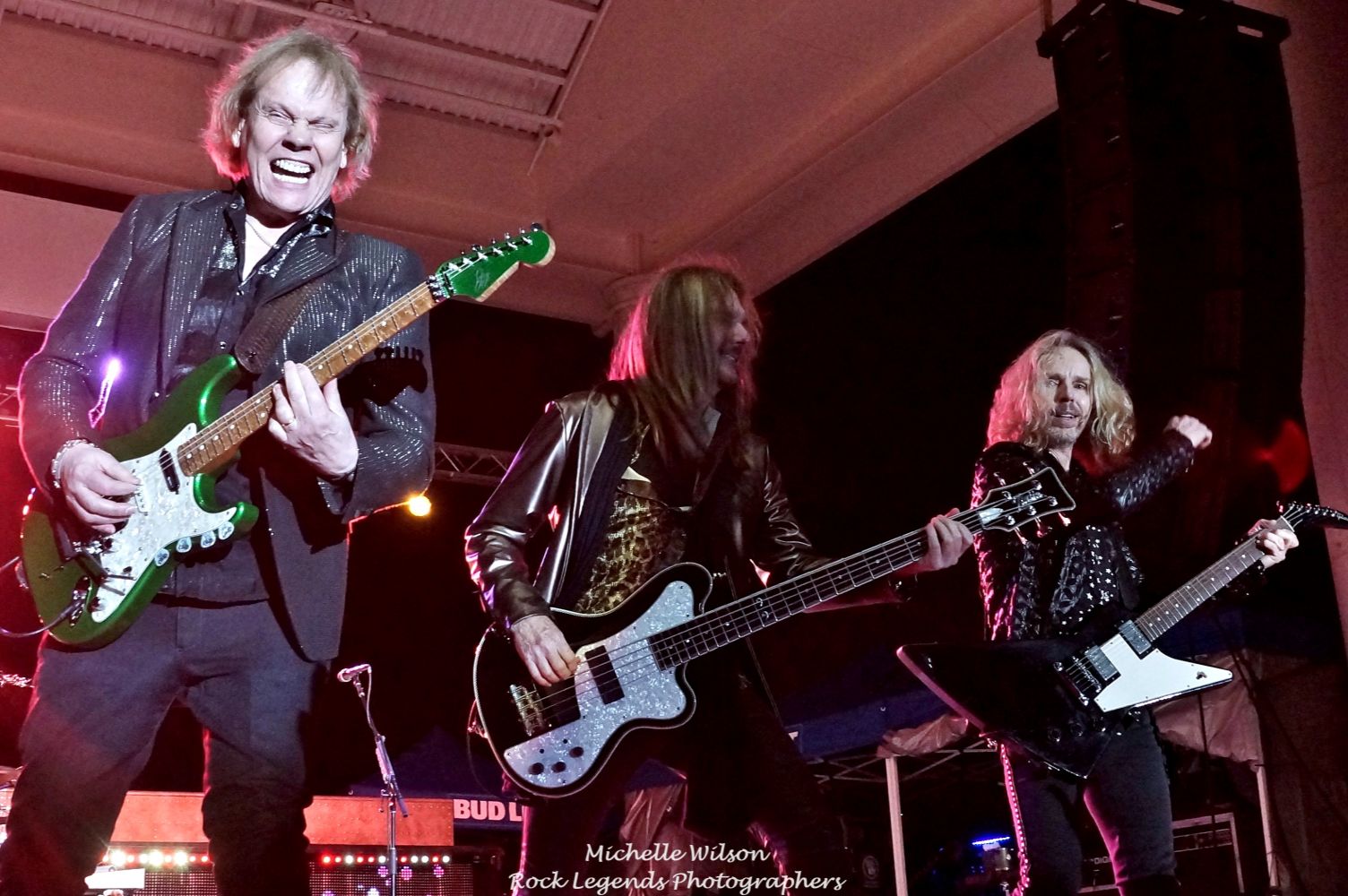 But it was the tried and true classics that most of the diehards came to hear. Along with the one-two punch of “The Grand Illusion” (title cut, 1977) and “Lady” (Styx II 1973), deeper gems such as “Snowblind,” “Rockin’ The Paradise” and “Too Much Time On My Hands” (all off Paradise Theatre 1981), “Suite Madame Blue” (Equinox 1975), “Miss America” (Grand Illusion), and “Pieces of Eight” (title track, 1978) gave the packed house their Styx fix. Young encouraged fans to take out their cell phones and turn on the lights for “Light Up” (Equinox), a nod to bygone days of lighters at concerts. Highlighting an already stellar show with “Fooling Yourself (The Angry Young Man)” and “Come Sail Away” (both off The Grand Illusion), original bassist and Florida resident, Chuck Panozzo, joined the band onstage for both classics, much to the crowd’s delight as they sang along. 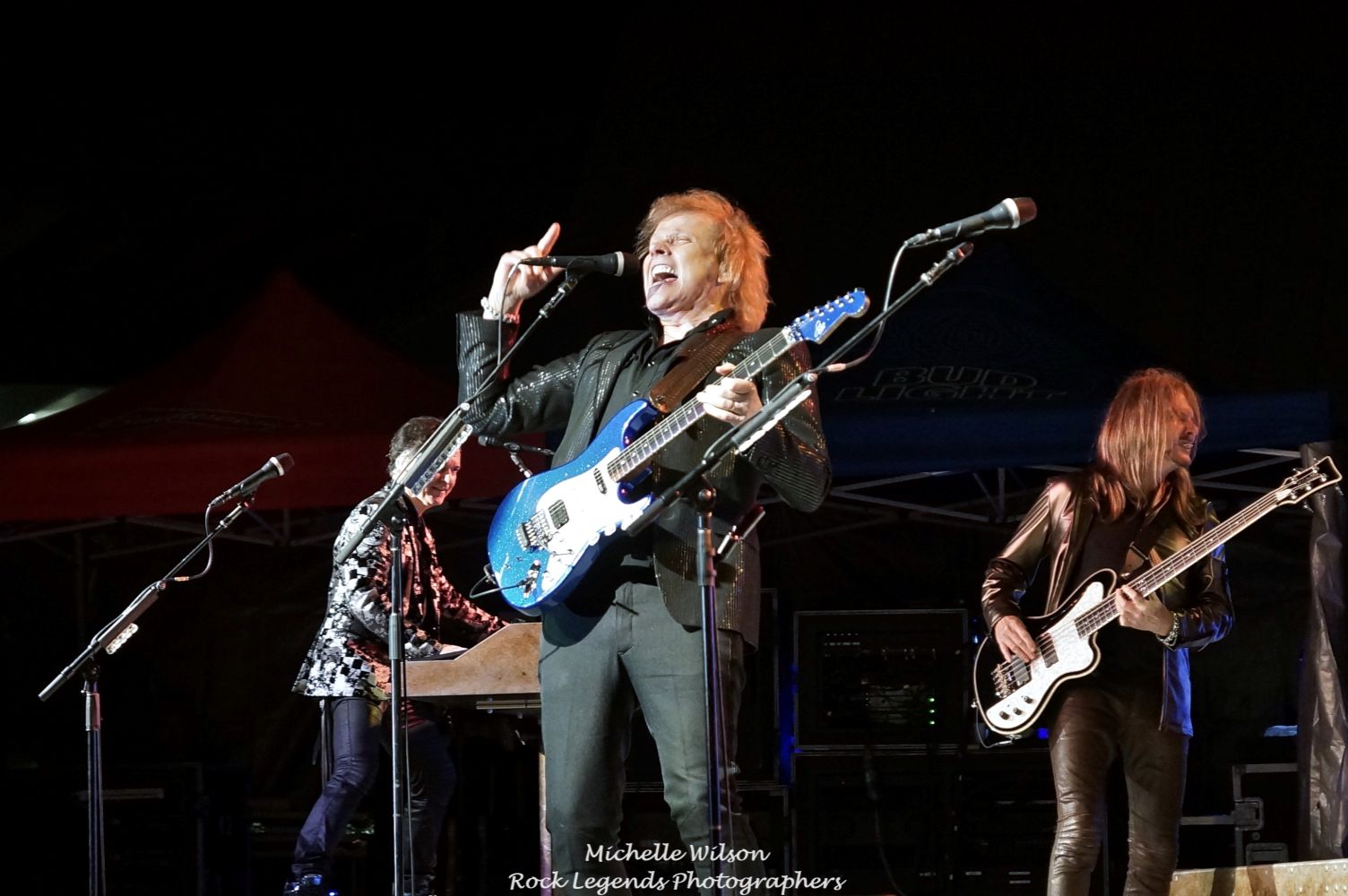 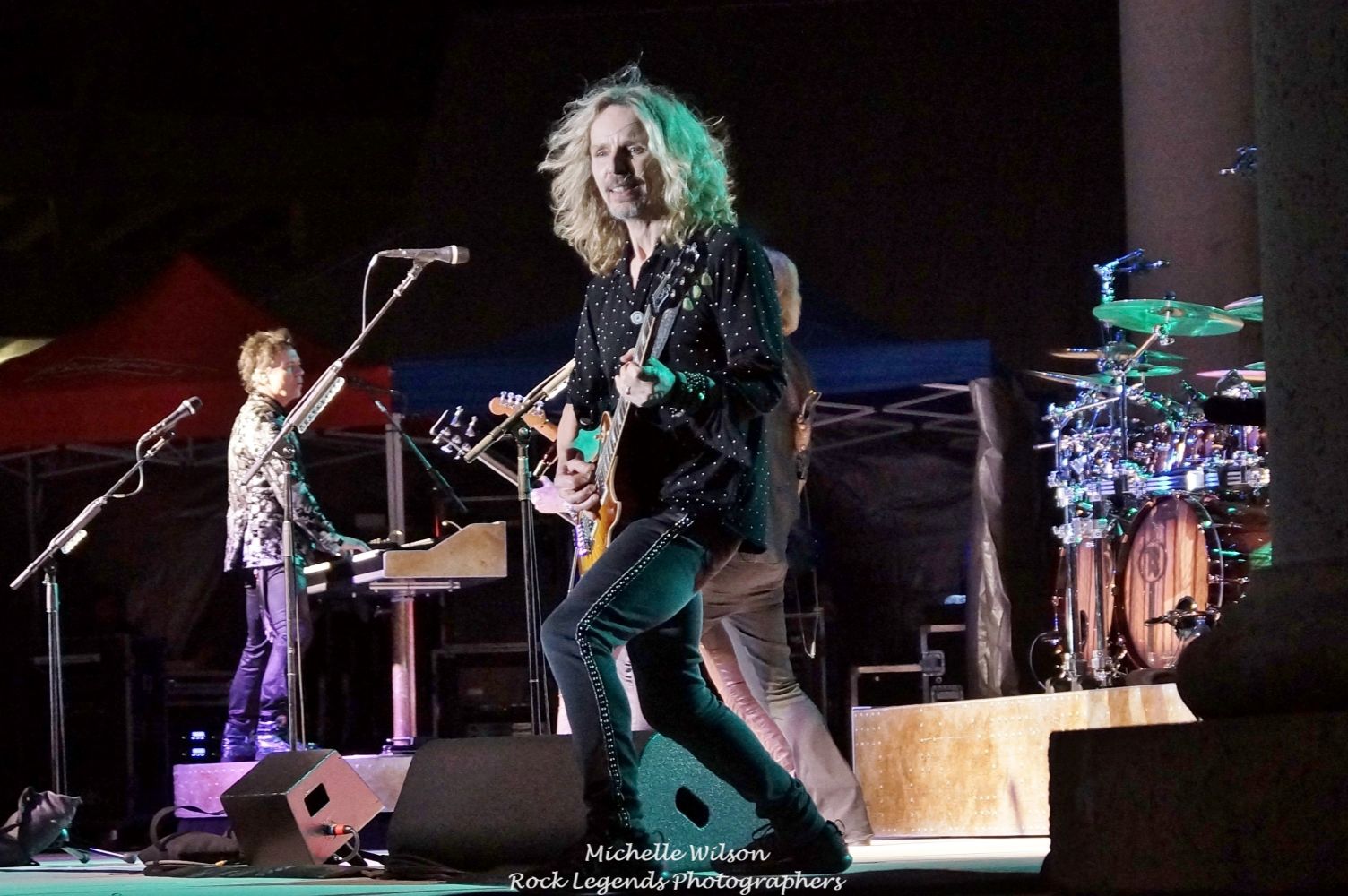 Shaw engaged in an easy rapport with fans, indicating that the band didn’t even have time for a soundcheck – as if they need one. “I heard this was the first concert here. This is why you call Styx. We can take care of that,” he joked, before launching into an acoustic version of “Come Again,” which he co-wrote and performed while a member of Damn Yankees. The band then rejoined him on stage for “Crystal Ball,” the title track from their 1976 release.

To honor the passing of the late Neil Peart of Rush, Gowan spoke at length about the influence of the mega-drummer/songwriter. He encouraged everyone to gaze up at the stars on the cold but clear night, as he melted hearts with a hauntingly delicate, stripped-down mini-version of “Limelight” (Moving Pictures 1981) featuring only keys and his outstanding vocals. This was a class act all the way and a moving tribute to a brilliant musician.

Rounding out the evening with crowd favorites “Mr. Roboto” (Kilroy Was Here 1983) and “Renegade” (Pieces of Eight) as the encore, the dynamic super-group proved yet again that classic rock is not only alive and well but thriving. It was indeed a phenomenal show, and I would have expected nothing less. I’ve attended countless concerts in my life and Styx consistently ranks as one of the greatest live shows out there. They genuinely still enjoy performing and give it everything they’ve got at each show. This band certainly isn’t phoning anything in. There’s a reason that after all these years, they STILL sell out venues. Keep on rockin’, boys, keep on rockin’.

Check out all the photos from Rock Legends Photographers here: https://rocklegendsphotographers.smugmug.com/ROCK-CONCERT-PHOTOS/STYX-Port-St-Lucie-FL-2-1-2020/