I recently caught Morgan Neville’s documentary Roadrunner: A Film About Anthony Bourdain. The film is fine and very watchable, but there are some ethical problems that really weigh the film down.

The issue that is making headlines and leading the discussion is director Morgan Neville’s use of AI to recreate Bourdain’s voice without any attribution of it being a recreation. The creepy factor is further complicated by the fact the filmmakers apparently lied about his widow being on board. There is a certain level of artifice that is just a part of documentary filmmaking but when the artifice blurs the lines of reality it is a problem. In Roadrunner Bourdain’s voice narrates so much of the film, having fake Bourdain reading e-mails from beyond the grave feels icky and utterly unnecessary as at least one person who received the email was interviewed for the project and could have read Bourdain’s words and retained emotional impact. Also galling since there are multiple points where the reality of documentaries is called out in the film. First is by AB himself by acknowledging the “invisible camera” that is tracking him as he walks a lonely road, and most germane to the AI voice substitution is the blistering critique of Asia Argento restaging moments in a Parts Unknown episode she directed. It is quite clear Morgan Neville is aware of documentarian ethics yet persisted in cheap chicanery that actually adds nothing but to undermine his own film and its subject. One of the more disappointing aspects of the Roadrunner fallout is the hot takers playing the “documentaries aren’t real” and increasingly nonsensical comparisons to reenactments ro justify the faking of Bourdain’s voice in a film that uses his own voice throughout. 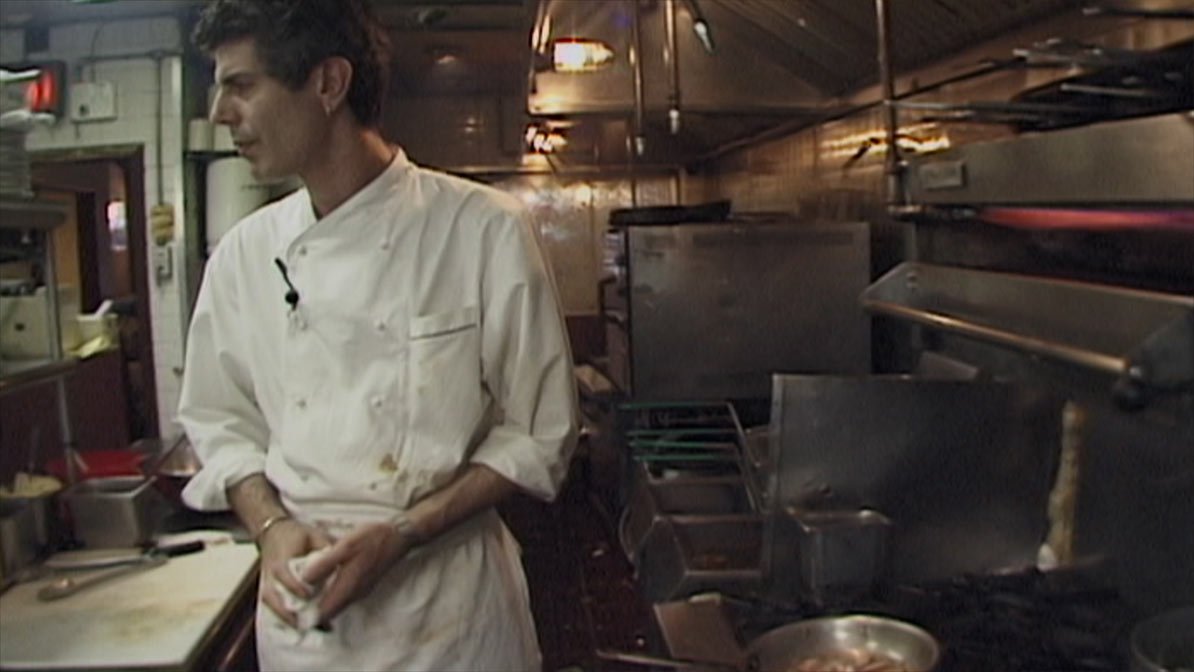 Another element for unease iis the film’s treatment of Bourdain’s former girlfriend Asia Argento. She was heavily discussed throughout the last quarter of the film but Neville chose not to interview her for the film. She is clearly cast as a villain, but is given no chance to speak for herself. She is blamed for problems late in the run of Parts Unknown because she was given the reins to direct an episode. An episode for which she is roundly criticized for bringing narrative filmmaking elements into a documentary format and that becomes so ironic as Neville finds himself under fire for using special effects in a documentary that would be problematic in a narrative film much less a documentary and double standard applied to Argento is risible upon reflection. Roadrunner, in tabloid trash fashion, also intimates her possible infidelity was the catalyst for Bourdain’s suicide. It feels tawdry, cowardly, and the story didn’t need a villain. Without allowing her to have a voice the film ultimately fails in providing any real insight into this part of the man’s life.

Perhaps the most problematic, and least discussed, aspect of the whole affair is that the film was made under the auspices of CNN. The same CNN that owns over 100 episodes of Parts Unknown makes this feel cynical. There is almost no critical evaluation of the man or his work making the CNN involvement feel more like an overblown infomercial than a honest look at the man’s work, especially as it manages to omit literally years of Bourdain’s literary and television work as they focus so closely on the CNN product. All of his television work at The Travel Channel and his delightfully catty turn on ABC’s The Taste are banished. Roadrunner does not become an intimate biography or a cultural reckoning, but more closely resembles a well made fluff extra for a Blu-ray box set of Parts Unknown with a very off kilter trashy ending. Anthony Bourdain deserved better and would have demanded better than this troubled film that seems more interested in the brand than the man.