MVD has revived the 1982 cult classic The House on Sorority Row on Blu-ray as part of their “MVD Rewind Collection”. The disc ports over interviews and commentary tracks from the 2011 Scorpion release and it is wild to see how much more sophisticated disc extras have gotten in the past decade. Part of the merchandising for this disc line is slipcases that look like well used VHS boxes complete with worn corners and faded category stickers. The disc also come with a mini movie poster featuring the iconic poster by Jack Leynnwood who is best remembered for painting Revell plastic model boxes in the ’50s and ’60s. 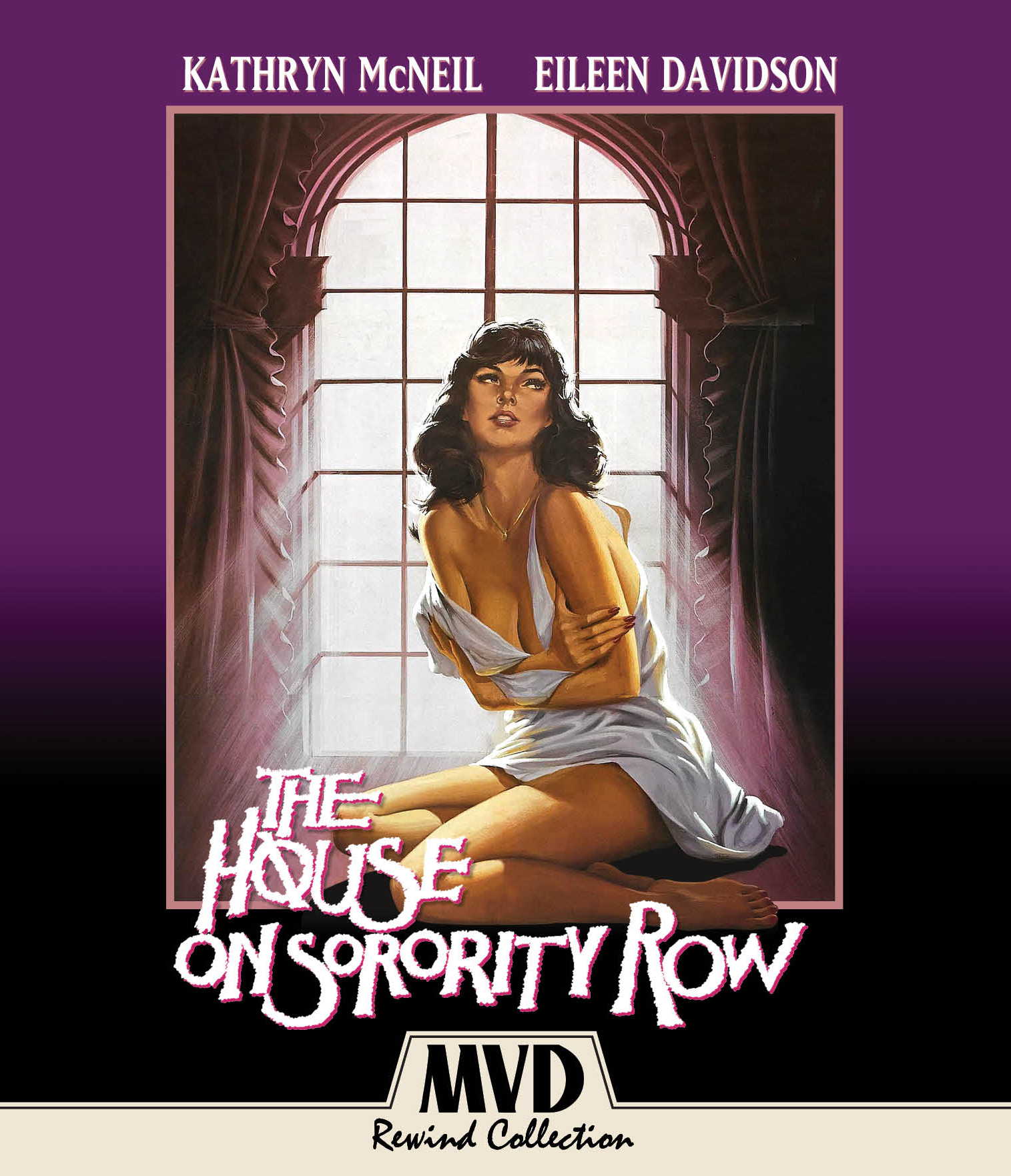 The House on Sorority Row was a slasher film that seemed destined to be forgotten. Released during the slasher boom that followed in the wake of the mainstream commercial success of Halloween and Friday the 13th, director Mark Rosman’s entry in the burgeoning sub-genre was virtually indistinguishable in name and reputation at the drive-in and video store shelves from Sorority House Massacre, Slumber Party Massacre, The Initiation, Hell Night and many more. But time makes fools of us all and The House on Sorority Row has proved its mettle and is far from forgotten and is considered one of the better early ’80s slashers and has even garnered the dubious distinction of having a 2009 remake/reboot/reimagining.

After a cruel, and probably felonious, prank goes wrong leaving the puritanical house mother (with a dark secret) of a sorority dead in the stagnant water of a derelict swimming pool, the graduating sisters blunder ahead with their graduation party plans for the evening. During the party the sorority sisters start turning up dead and when the lights come on in the swimming pool the body of the loathsome Mrs. Slater is nowhere to be found.

Ultimately the film isn’t very original but it is quite entertaining and holds a soft spot in many fans’ hearts. Is it just a matter of comfort from repeated viewings on cable tv? That is certainly a possibility as this (relatively) light on nudity and gore slasher had enough engaging plot and interesting characters to wither the censor’s scissors and make it onto basic cable in a coherent form. It also hits that zone between the hardcore slashers and the goofier, self parody films that were aready appearing in 1983. Whatever the reason it has endured where so many other slashers have been forgotten.