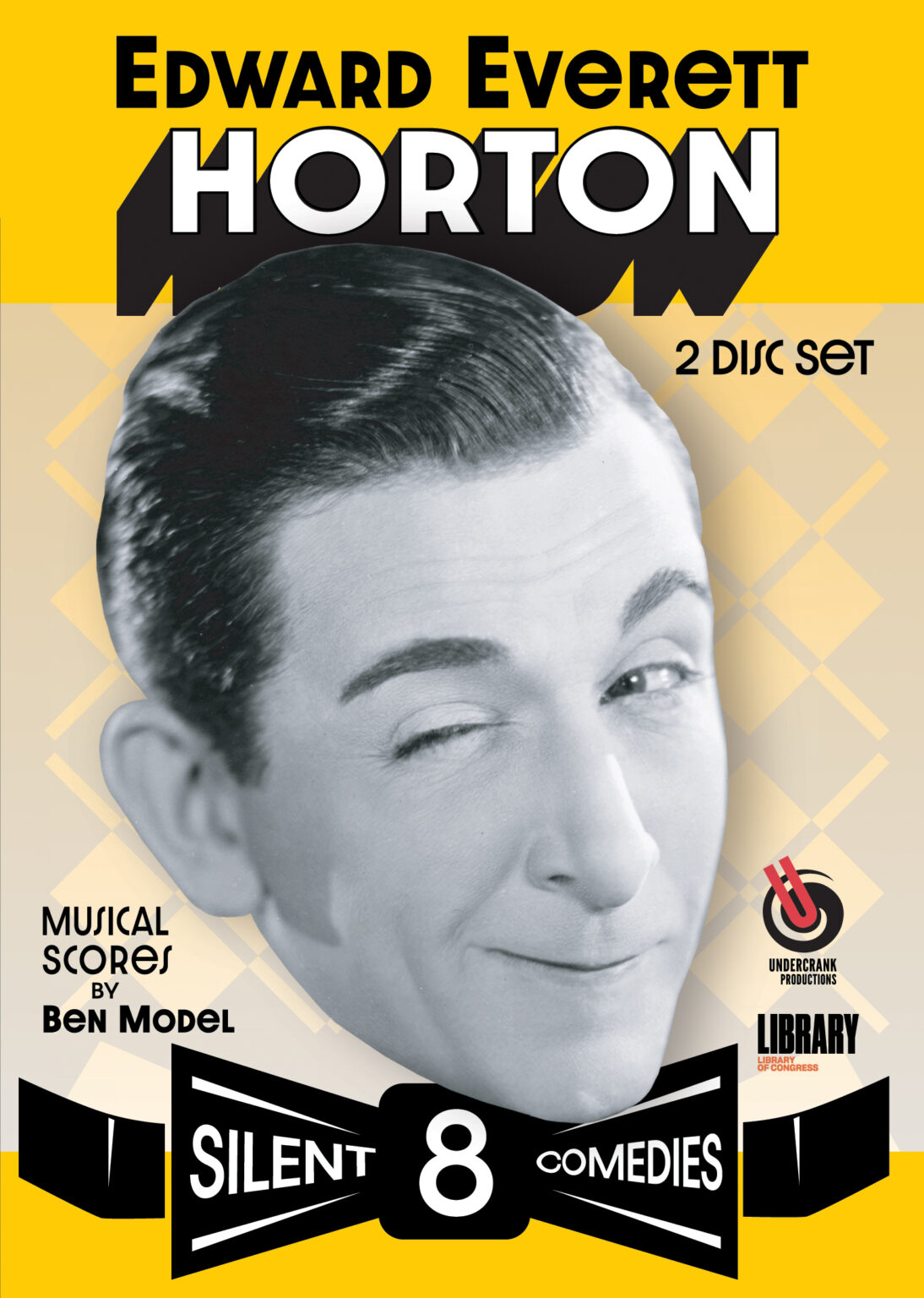 For those who remember Edward Everett Horton at all it is as the slightly sardonic narrator of the Fractured Fairy Tales pieces on the Rocky and Bullwinkle cartoons. Fans of classic film comedies and musicals may know him for any number of persnickety characters in films like Top Hat, Here Comes Mr. Jordan, and Lost Horizon. Years before his character actor status was solidified he brandished his quick wit and knack for the double take as the start of a number of comedies for Harold Lloyd’s Hollywood Productions distributed by Paramount. Undercrank Productions has curated 8 surviving two reelers on Edward Everett Horton: 8 Silent Comedies which boasts 35mm 2k restorations from the Library of Congress and lush new scores by silent film archivist and accompanist Ben Model.

Edward Everett Horton is very much an actor as opposed to a comedian and greatly informs his silent film work. Even if most of his characters are named Eddie, he plays them as distinct characters. In No Publicity he plays a newspaper photographer tasked with getting a photo of a debutante against the wishes of her dowager aunt, leading to a great sequence where he has to don drag to impersonate a temperance speaker at a ladies’ luncheon. Find The King has Horton in the old west as a clueless rich kid using wit, charm, and magic tricks to best a saloon bully. Edward Everett Horton is at his most playful as a department store clerk who on his first day on the job has to balance work, wooing the boss’s daughter, and foiling a burglary ring.

The striking thing about these films is just how damn witty they are. Eschewing pratfalls for one liners and exquisite timing. Horton’s characters aren’t beaten down by society or tormented by bullies, they’re just trying to make it through the day and find most of their problems are of their own making. His nervous energy and aversion to confrontation is what makes for most of the conflict in these films. Once a misunderstanding occurs his reticence to explain himself allows the awkwardness to snowball as in the lingerie store in Dad’s Choice where he desperately tries to retrieve his fiance’s purse from a frumpy woman’s dog who is increasingly alarmed by his seemingly perverted actions.

The healthy budgets for these two reelers is readily apparent on the screen with loads of extras, quality actors in supporting roles, and a large variety of sets and locations all beautifully realized and photographed allowing the films to bristle with energy, making most of Horton’s charm and talent. These gorgeous films would be lost without Harold Lloyd storing the film negative in his vault until they were donated and preserved by the Library of Congress. Eight shorts on this DVD collection have all been scored by Ben Model who has created essentially an Edward Everett Horton Theme that runs throughout the various films’ score that is a delightful earworm you will be humming for days after watching this disc.