The Snake Girl and the Silver-Haired Witch

The Snake Girl and the Silver-Haired Witch 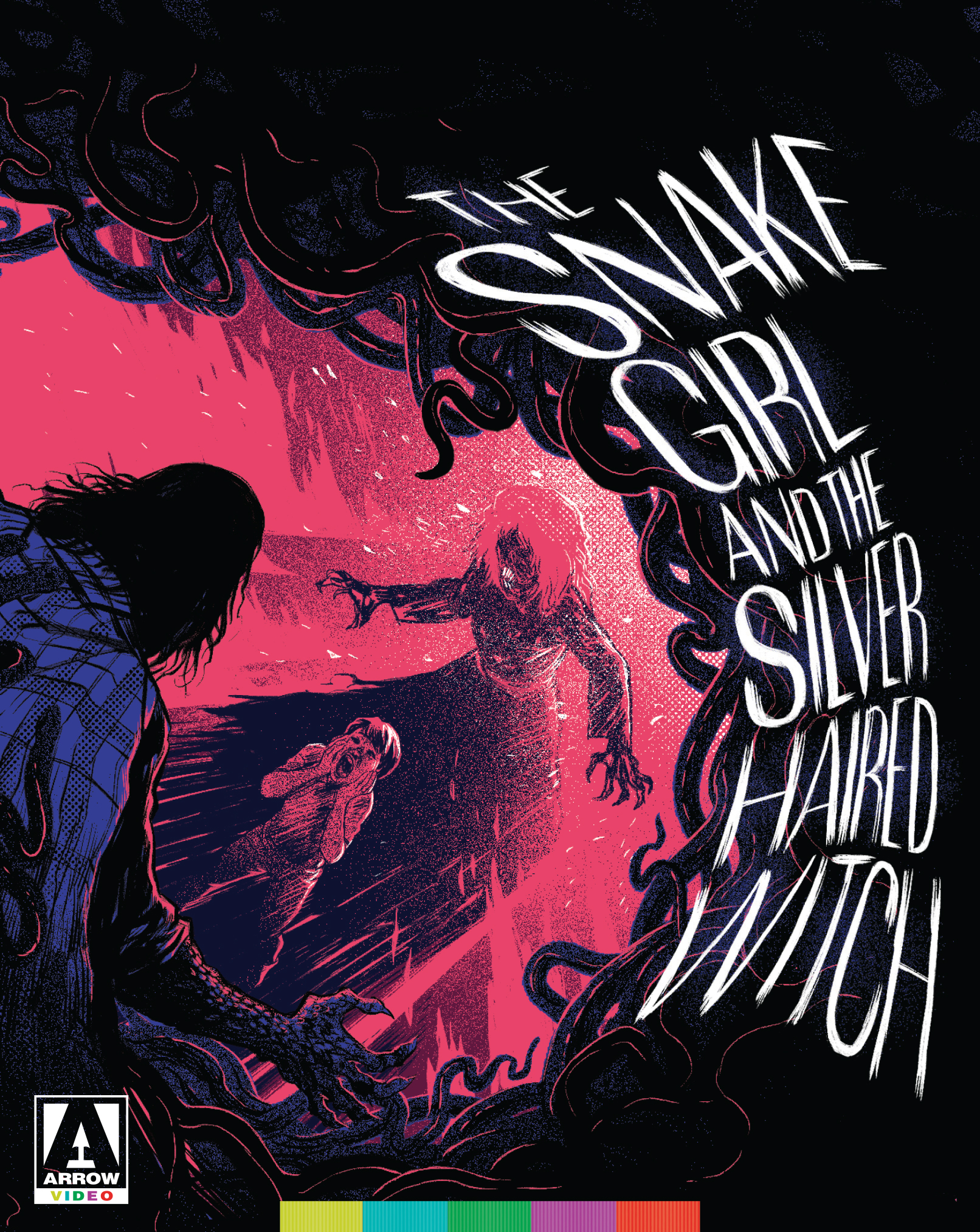 In cinema aimed at kids there is occasionally a movie that is terrifying and traumatizing. In the west we have Chitty Chitty Bang Bang, The Wizard of Oz, and Watership Down. In Japan they have The Snake Girl and the Silver Haired Witch. This is not a movie with some scenes that are scary to kids, this film is as frightening as any adult horror movie and has real stakes – like nuns being stabbed to death stakes – and is now available on Blu-ray to terrify an entire new audience on this side of the globe.

The plot, though convoluted, is ultimately simple, due in no small part to its reliance on familiar fairy tale, film, and literary tropes. An orphan girl, Sayuri, living at a convent orphanage is reunited with her birth parents. Before she even arrives at her new home she is informed her mother has amnesia and the maid has been killed. During her first meal with her family her father is called away to Africa for two weeks and she is alone in the house with her mother and stern housekeeper. Sayuri, the eternal optimist, settles into her new life with her family,pretty clothes, her beloved doll, and her very own room. But that joy proves to be short-lived as there are mysterious noises in the house and an eye watching her from a small hole in the ceiling and then one night a snake is dropped through the hole while she sleeps. No one believes her about the snake and Sayuri is plagued by nightmares about a snake girl. Dreams become reality when she discovers that she has a sister locked in the attic. That’s when Sayuri’s real nightmares begin both when sleeping and awake.

This is a scary kids movie, even for adults. It plumbs a deep well of childhood phobias that are relentlessly hurled at our perky, young heroine. Fear of snakes? Check. Fear of heights? Gotcha. Fear of being run over by a train? Fear of parental abandonment? Fear of being locked in an attic? Spiders? Witches? Fire? Acid? All bases are covered. The film, directed by Noriaki Yuasa, who directed most of the 1960s Gamera films. Snake Girl features some of the same trippy visual artifice as the Gamera films, but with the added horror and manga flavors to ratchet things up from playful space adventure fantasy to full on pre-pubescent nightmare fuel.In a film called The Snake Girl and the Silver Haired Witch, you know there’s lots of snakes but they don’t feel like real snakes but they’re creepier because they’re not real snakes the “fakeness” of the snakes and spiders in Sayuri’s dream world helps to punctuate the brutal reality when her deranged sister Tamami rips Sayuri’s pet toad in half in the film’s cruelest moment. Although it was surely a budget decision, shooting the film in black and white allowed the often crude special effects and make-up to remain eerie and not riseable and had the added benefit of the film feeling like a newsprint manga without resorting to obvious gimmicks to drive the point home.

This is a very female-centric horror film. The entire plot revolves around the home with mother, housekeeper and two sisters carrying out an escalating cycle of abuse. The few men in the story are ultimately useless and don’t figure into the plot in a meaningful way outside of literal transportation. The father is absent and Sayuri’s friend from the convent she calls Brother is sympathetic toward her and wants to help her, but in the end Sayuri has to help herself. Sayuri is almost cartoonishly cheerful and optimistic in a manner that would be ruinous to a more conventional story, but with the film’s deep fairy tale roots the brave girl who manages to smile through horrendous abuse and danger works far more effectively than in a more grounded reality.

The new Arrow Blu-ray features some spiffy extras including an outstanding commentary track from film historian David Kalat whose deep roots in Japanese genre film, particularly J-Horror and Gamera movies makes him the perfect pick for this film. “This Charming Woman”, is a newly filmed interview with manga and folklore scholar Zack Davisson who discusses the evolution of snake woman mythology from Japan, which borrowed influences from Indian and Chinese mythology as well as western fairy tales and Universal Monsters films, which Japanese audiences were first exposed to during the allied occupation of Japan following WWII.