Let’s get some housekeeping done right from the jump. Deadly Games is not the 1989 slasher Santa Claus killer/Home Alone knockoff nor is it the 1982 BBC mystery The Deadly Game starring George Segal and Trevor Howard which aired in the US on HBO and had a subsequent VHS release. No, this is the the 1982 Deadly Games, which is a largely forgotten slasher film starring Steve Railsback (The Stunt Man). It had a run on Showtime in the early ’80s and a VHS release and then faded off screens for decades only to be revived in a fun new Blu-ray from Arrow Video.

Deadly Games is not a typical slasher film. It certainly ticks all the boxes with graphic violence, requisite gore, and gratuitous nudity, but for a sub-genre built on dumb dead teenagers, the characters in Deadly Games are not stupid and their teen years are well in the past. In place of the rowdy college kids on a road trip or undertaking an elaborate sorority initiation, the film is populated by adults with careers, mortgages, and swinging. It seems most of the town is into swinger parties and wife swapping.

With rational, intelligent adults, the killer has to work a little harder to get his victims. Replacing the jump scares and sudden attacks made standard by the likes of Friday the 13th, director Scott Mansfield takes his time with slow, suspenseful stalkings that terrorize the victims and unnerve the audience. Being buried alive has been a staple of fear since at least the writing of Edgar Allan Poe, and Mansfield delivers his own take with a woman in an open grave being buried alive and screaming as the killer shovels dirt onto her from above. In an absolute skin-crawling nightmare where the black-clad killer approaches his prey in the darkness, and instead of slashing with a knife he reaches out and gently caresses her cheek. That simple moment is pure primal terror. It is exactly what makes us afraid of the dark–that there really is something or someone else out there. The scene is played brilliantly by Alexandra Morgan as she is momentarily frozen, unable to process what is happening before fleeing in terror.

Another element setting Deadly Games apart from many of its contemporaries is the professional class of actors. It is a low budget film, but it isn’t a cast populated by non-actors. Steve Railsback was well known for playing Charles Manson in the TV movie Helter Skelter and starring opposite Peter O’Toole in Richard Rush’s The Stunt Man (1980), Colleen Camp (Clue), Jo Ann Harris (The Beguiled), Sam Groom (Another World), and Jere Lea Rae (Vega$) all had numerous film and TV credits before and after this film, and they even managed to get a small role for June Lockhart, who was basically boomer America’s mom on TV shows like Lassie and Lost in Space. 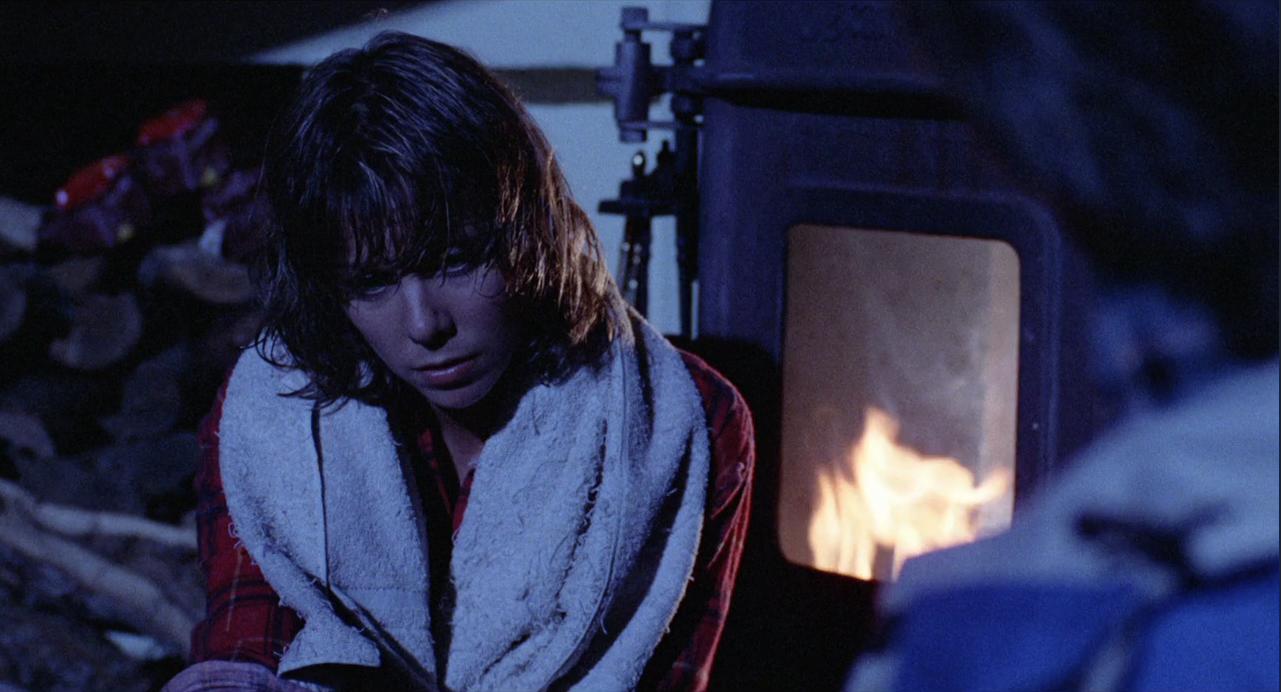 The Blu-ray isn’t overloaded with extras but does have an audio commentary from The Hysteria Continues podcast crew. They spend quite a bit of the film discussing the possibility that Deadly Games was an inspiration for Kevin Williamson’s script for Scream, which at first blush seems unlikely but they certainly make a good case for the theory with a number of thematic similarities. 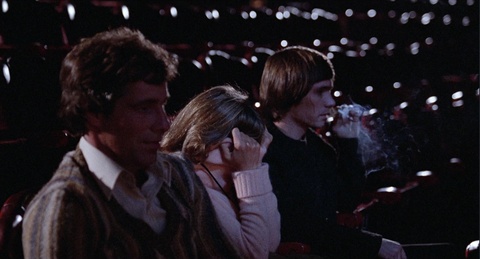 Sooty’s a Sh*t is an interview with actress Jere Rae Mansfield, who is a delightful storyteller, giving a look behind the scenes of low budget filmmaking. She also tells the story of how she married the film’s director, and the distributor’s disastrous handling of Deadly Games that led them to start Monterrey Video, which would become Monterrey Media, which served as a distribution home for indie filmmakers for decades.

Deadly Games is a curiously unique slasher film. It doesn’t all gel together, as the game aspect of the killings isn’t really fleshed out and there is a tonally off-kilter romantic sub-plot that dominates the middle of the film, but it is certainly more interesting than the increasingly silly slashers that ultimately dominated the market. Arrow Video has done the film justice with a nice looking disc that saves the film from obscurity.