The Flag of Iron

The Flag of Iron 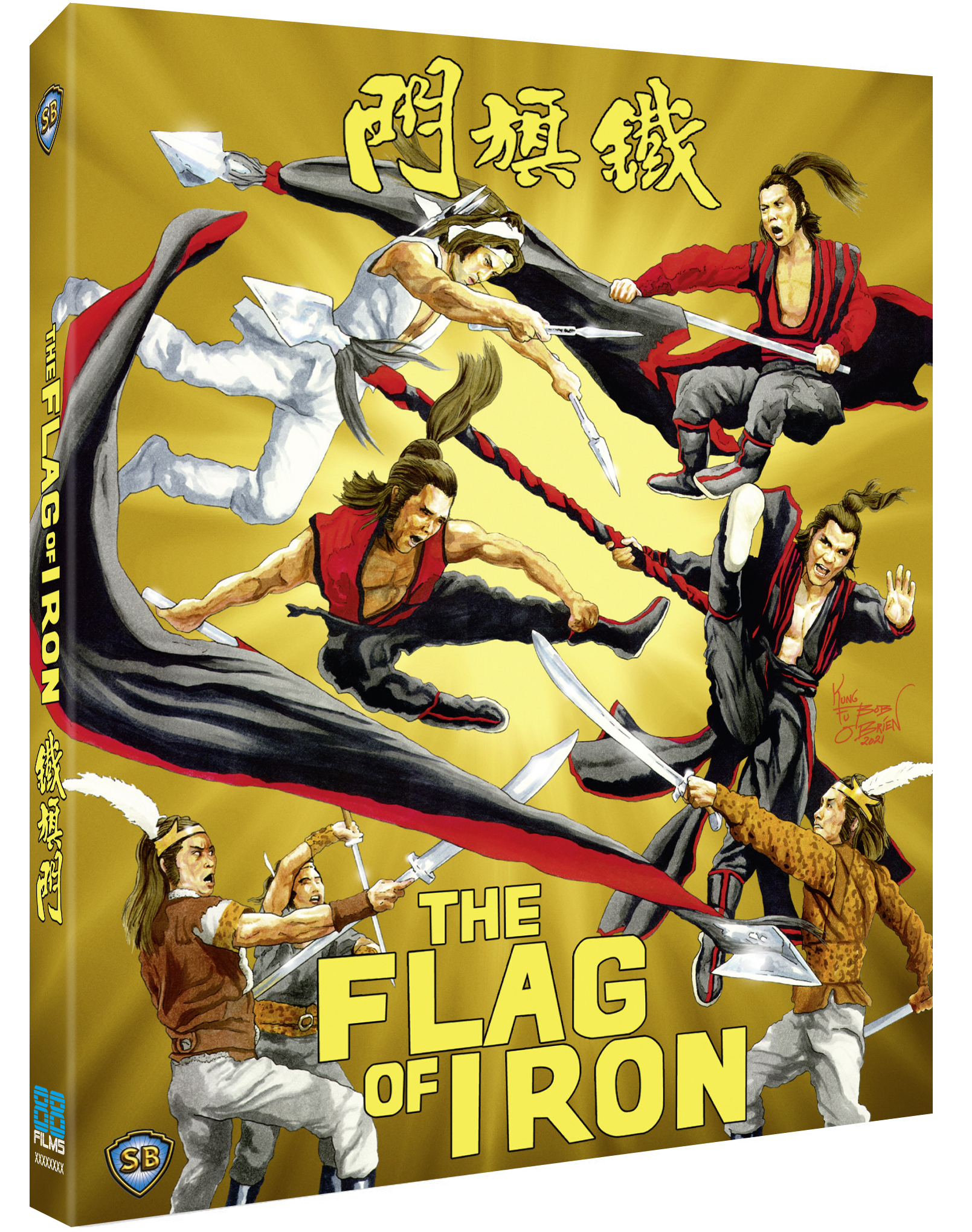 After assassins attack the Flag of Iron gang and murder their leader, one of their number, Brother Lo, goes into exile. Brother Lo has to fight off assassins in order to return home and avenge his fallen brethren and take down the man who betrayed them and restore glory to the Flag of Iron gang. Flag of Iron can feel a bit stilted as there is minimal narrative arc, even for a martial arts movie. All the players are already established masters so there is no need for training sequences to propel the film. The film is also quite set-bound, becoming a drawing room style of kung fu movies, with most of the action taking place in tea rooms, gambling dens, and martial arts schools. The upshot of these confined spaces is it makes the action quite brutal, as indoor fighting allows the combatants plenty of implements and hazards to heighten the stakes. The film is full of gory kills (director Chang Cheh’s specialty) including death by chopsticks, broken china plate, and flagpole impaling. In addition to the visceral close quarter fighting there is also an assassin who wields silver spears that has the ability to launch their spearheads, and even one that can launch multiple little spear heads. This all gives the film a very comic book feel. The entire affair concludes with a majestic courtyard battle between brothers armed with flagpoles adorned with huge black and red flags. It is half kung fu battle, half Chinese opera, and 100% visual stunner. The glorious and beautiful acrobatics punctuate the final fight as the fighters leap and tumble over, under, and around the billowing fabric with the razor tipped flagpoles a constant reminder of the deadly stakes.

88 Films has only recently entered the U.S. home video market, but their reputation precedes them and they certainly do not disappoint with their release of Flag of Iron. The movie looks fabulous due in no small part to the care Shaw Brothers have taken of their films. Better original elements yield better looking discs and this one is cracking. In addition to the great picture, the disc features Mandarin and English soundtracks, a richly illustrated booklet with an essay by film historian Andrew Graves, and a fun, insightful audio commentary from Mike Leeder and Arne Venema that all adds up to a beautiful package from 88 Films that puts some long overdue respect on the Shaw Brothers name.

Flag of Iron Trailer.mp4 from 88 Films on Vimeo.