X, the new slasher from director Ti West, is the movie guys like Edgar Wright, David Gordon Green, and Eli Roth keep trying to make; a film that works as an homage to the films and directors they admire while retaining an original vision that doesn’t collapse under the weight of the references. Too many films these days just turn into the Rick Dalton pointing meme. The other thing that West pulls off that some of his contemporaries don’t is finding a way to leaven the comedy with the horror in a way that serves both well and doesn’t dissipate the tension. 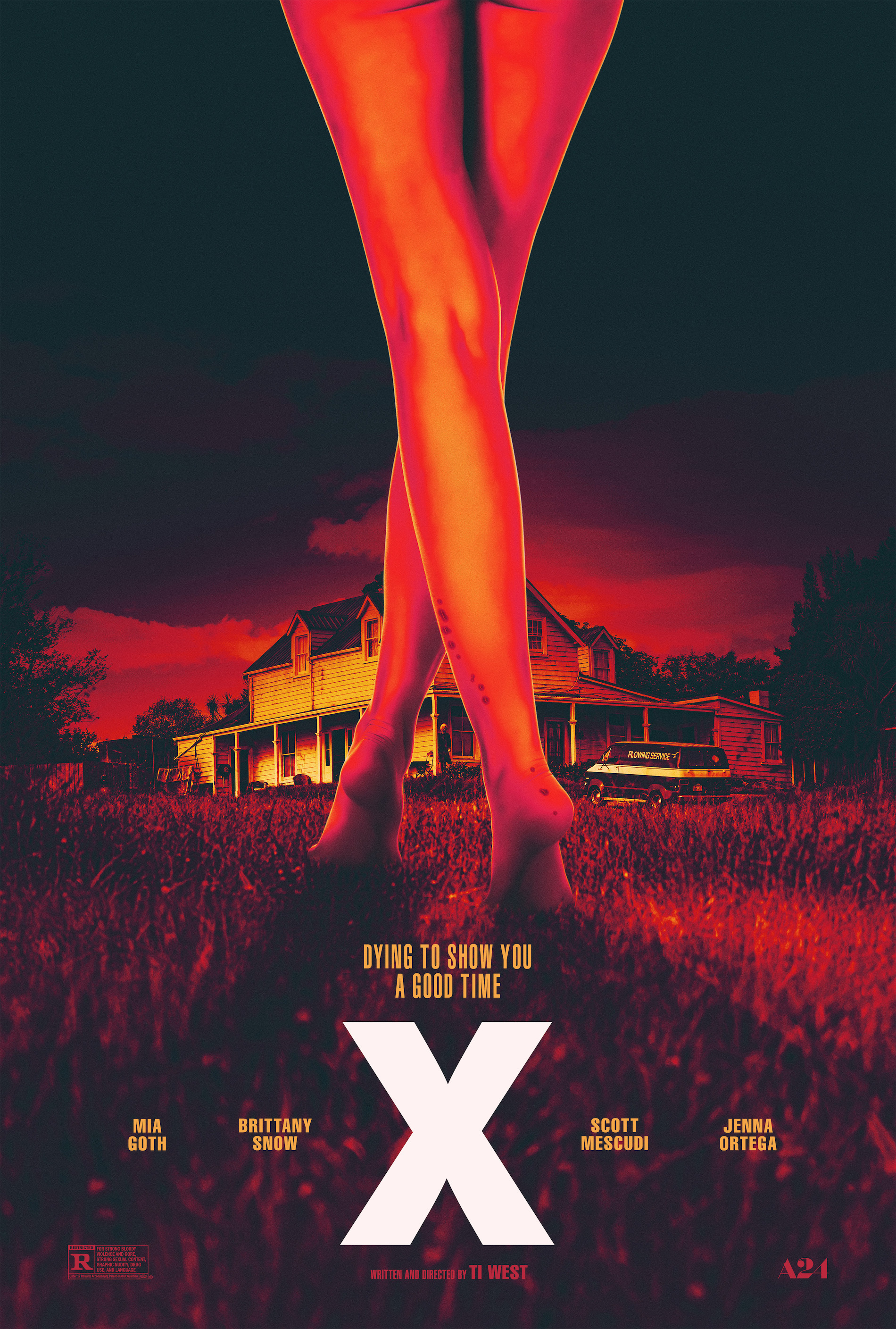 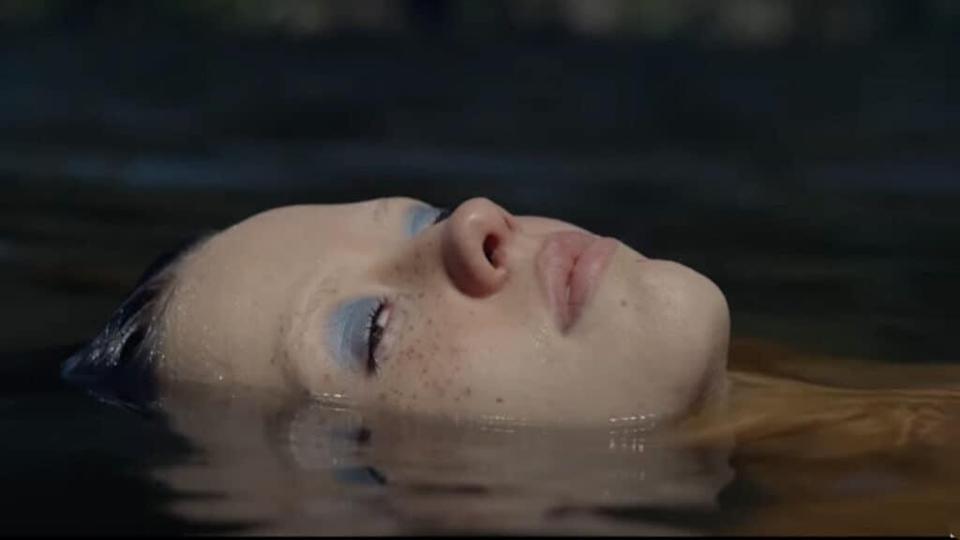 X executes a great premise with fun twists and a tightly written script that sets up and pays off all the wild stuff in the third act, instead of just having things happen “for some reason.” When the final girl triumphantly retrieves the unloaded gun from the van, the audience already knows, or at least suspects, it is unloaded because of a seemingly throwaway line when Wayne is bullshitting with the old man to try to get his film location secured. In addition to the kills by knife, pitchfork, and alligator, there is also a darkly funny and unnerving scene where Maxine is hiding under a bed where the two octegenarian serial killers decide to have sexy time despite the old man’s bad heart (put a pin in that, it’ll come up again).

Ti West wears his influences on his sleeve, but they never feel forced or cloying. Visual and thematic nods to Hitchcock, Brian De Palma, and Tobe Hooper abound, though X owes much more to Hooper’s Eaten Alive (1976) than to The Texas Chain Saw Massacre. The riffs feel natural and justified and actually add to the film’s aesthetic instead of just endlessly pointing out how clever the director is, or even worse leave the audience disinterested in the current film while they reflect on how much better the films being referenced actually are. In fact a lot of the editing tricks, split screen, and overhead camera shots are responsible for the palpable tension throughout the first two thirds of the film, allowing the final act to be a very satisfying gauntlet of gore. 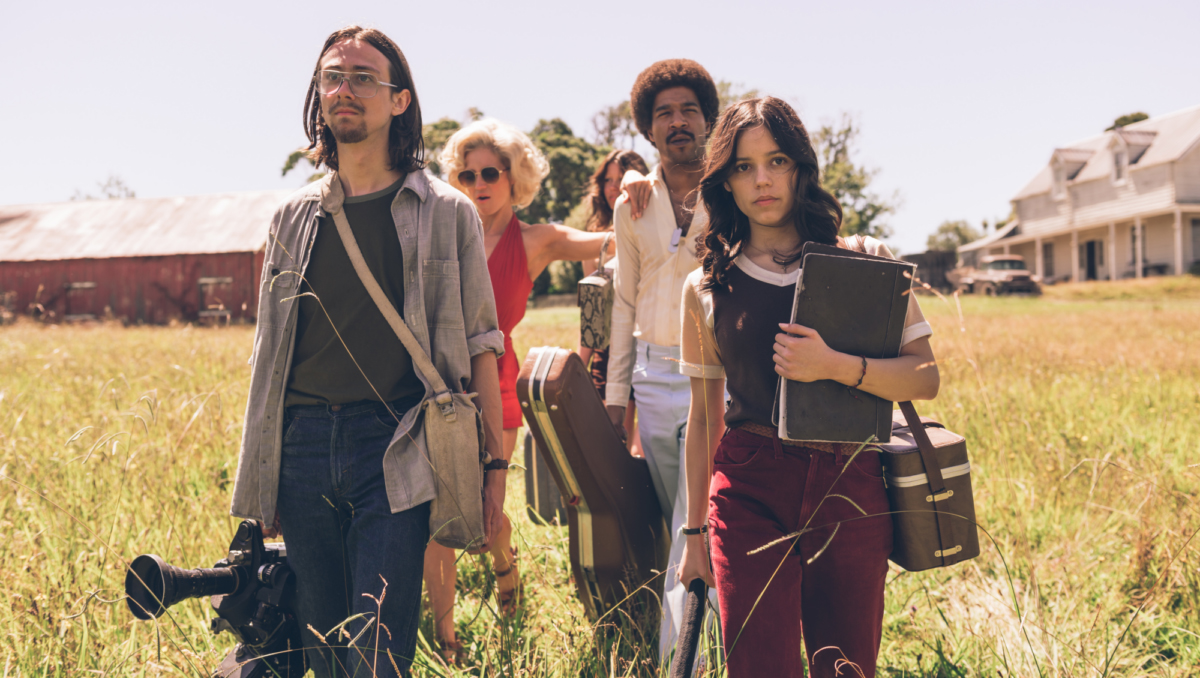 The film is awash in ’70s nostalgia, including High Society magazine, UHF TV preachers, and oceans of glorious blue eye shadow, but it certainly doesn’t look like a late ’70s drive-in film. The grubby grain of cheap film stocks is replaced with a candy coated beauty that is then offset by the 16mm glory being captured in the “Farmer’s Daughter” film within the film, that somehow still looks prettier than any porno of the time. West also understands that if the audience cares about the victims, they’ll be more invested in the horror unleashed on them later, which seems to have gotten lost in the genre as so many slashers are just repulsive people being slaughtered. Maybe it’s just me, but I prefer some stakes with my slashers.

X is a glorious horror pastiche that manages to be fun and scary, nostalgic yet thoroughly modern. A terrific cast and smart script and direction make it more than mere eye candy, but a film sure to inspire discourse and beg for repeated viewing.