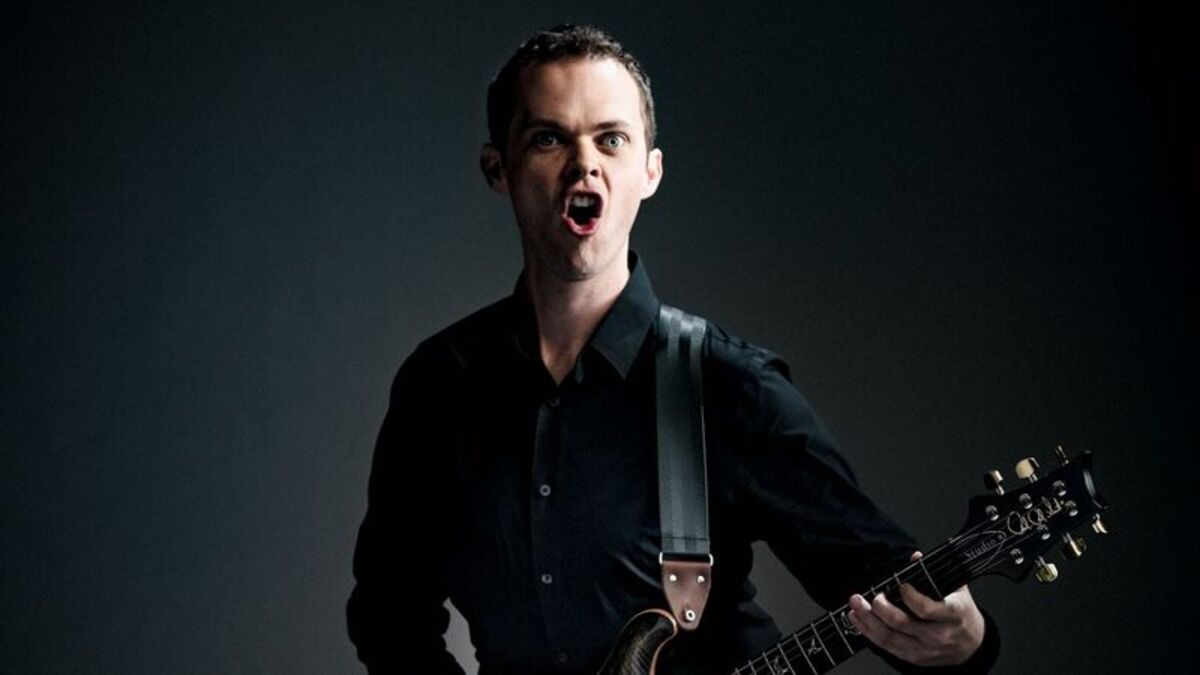 Here’s a show with roots in the Orlando Fringe from a decade ago. Mr. Padgett created the 6 Guitars archetypes 10 years or so ago, and they just keep getting better.

Mr. Padgett haunted the Orlando Fringe scene for years, playing music and telling stories and generally doing the sort of clever yet weird stuff that makes the Orlando Fringe the party we all love. He eventually created the piece 6 Guitars that sold out venues as it explores the intellectual roots of western musicians. He looks into the blues, folk, hard rock, jazz, and country, and transforms gracefully between the six carefully built characters, each with a back story, motivations and wants, expressing their stories with a magical guitar that can change tuning at the touch of a toe. I’ve talked about the show several times in the past, and while bits of dialog may move around, the internal motivations do not.

The show has toured North America and a few cruise ships, and tonight it comes back the the sparkling Renaissance Theater in Orlando. Renaissance lives in a massive warehouse adjoining Florida Hospital, and it’s been the home of any number of audacious shows in its short history. This is just the latest, and as our six musicians explain their back stories and each argues why their style of music is the best of all musical styles, I understand their logic, even if I may not agree with their conclusions. To this day I just can’t to get my head around jazz, but that’s just me.

You may have seen this show in the past, but it’s well worth the revisits, and conveniently, the bar at The Ren is always open. Musicians gotta play, and audiences gotta drink. I love the concept.