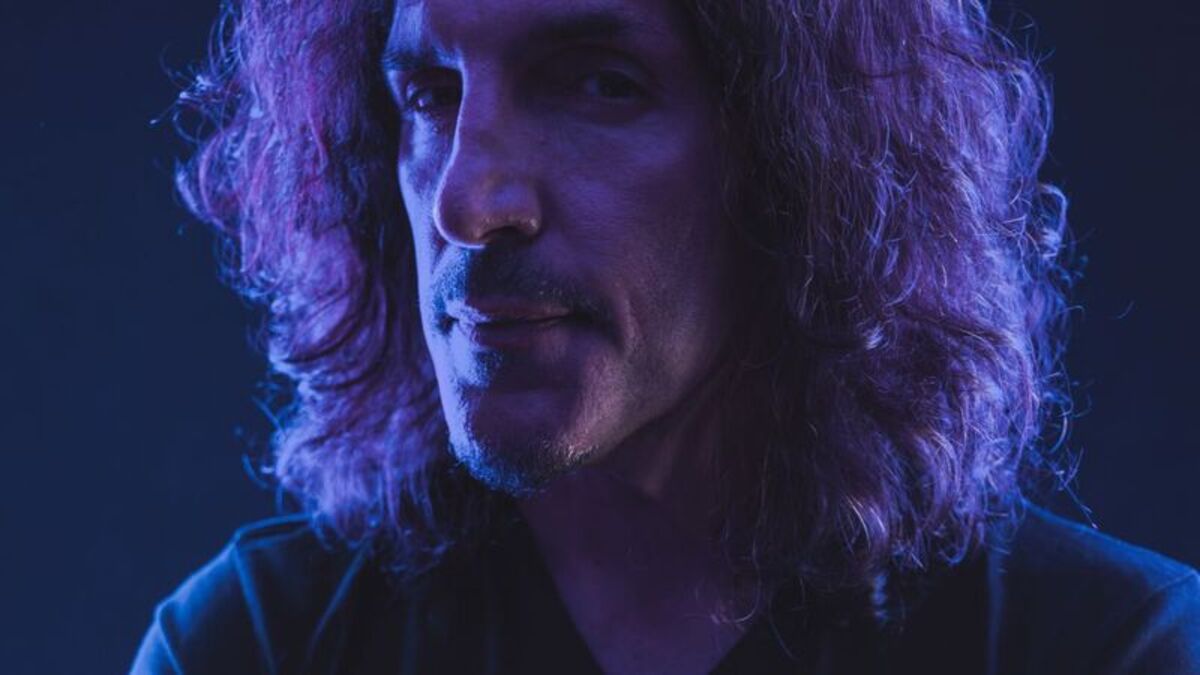 I was a fan of Anthrax before I heard their music. I remember seeing pictures of them playing live in a heavy metal magazine, and they stood out because their instruments had comic book stickers on them. I knew they were my people, so I sought out their music. I have been a fan ever since, through the highs and lows. And throughout, Frank Bello’s striking bass lines have been a central part of that relationship. So when I saw that he had written a memoir, I jumped at the chance to review it and his new EP, which combines solo music and readings from his memoir in a unique package.

In Fathers, Brothers, and Sons: Surviving Anguish, Abandonment, and Anthrax, Frank, and after reading this I feel comfortable calling him Frank, takes us through his life, from growing up in New York City the product of a broken home after his father abandoned his mother. It is an all too familiar story to me, but his extended family came to the rescue, and his grandmother, aunts, and uncles provided love and safety, good examples, and plenty of great food. Like most of you reading this, music was an escape for Frank from the vagaries of his daily life. But beyond listening to Rush and Iron Maiden (and yes, Barbra Streisand), his cousin Charlie Benante talked him into playing music. After fooling around with the guitar for a little while, Frank seriously took up the bass. It wasn’t long before Frank went from playing in his bedroom to auditioning for a band named Anthrax. Life was a whirlwind after this, quickly going on tour in the back of a van, recording albums, and even filming music videos for MTV.

While the book covers the expected highs and lows of the touring metal band lifestyle (e.g. pranks on your bandmates, dealing with occasional egos, drinking with Lemmy and Dimebag, etc.), the best parts are the asides when Frank tells of running into his heroes. Some you might expect, like meeting Gene Simmons by waiting outside of his manager’s office as a kid, some are more surprising, like walking past Sting in Central Park and talking about music for about ten minutes, sharing a beer with Ed O’Neil and discussing the craft of acting. Learning about the ins and outs of touring with Public Enemy and playing pickup basketball with Beastie Boys or being crushed that they had just missed running into U2 at a bar near where they were recording an album really humanizes a band you have followed for decades.

Frank’s family features prominently beyond the beginning of the book. Of course cousin Charlie is with him throughout Anthrax, but we also get to hear about the lows, losing his grandmother to cancer, the murder of his younger brother. And we get the highs, marrying the love of his life and becoming a father himself. Frank was adamant that he would not repeat the mistakes his own father made, and he knew he had anger issues, especially after the murder of his brother, so he took a step that a lot of us need to: he went to therapy. I’m hopeful that some of his fans will read the honest takes he has on his journey and will take that important step for themselves.

As I was reading this and enjoying Frank’s conversational style, I was wishing for an audiobook. Always an innovator, Frank has produced a 12” debut solo EP called Then I’m Gone, with three brand-new songs on Side A and a selection of readings from his memoir on Side B. I had a chance to listen to the music, and after reading the book, I could definitely hear the pop and classic rock influences Frank talked about.

The title track starts the EP off with a driving bassline, not surprisingly, that transitions into a punchy track about survival. “It Won’t Be Long” ventures into power pop territory, showing influence from bands like Cheap Trick and The Police, but sounding unique. The final track, “See Me Now” lands somewhere between the other two, with more of a post-punk Green Day feel to it.

The selected readings were as good as I was hoping, but the abbreviated nature of the EP left me wanting more of both Frank’s solo music and an unabridged narration of his memoir. Then I’m Gone and Fathers, Brothers, and Sons: Surviving Anguish, Abandonment, and Anthrax are both recommended for fans of Anthrax, bass players, and autobiographies in general. I look forward to Frank’s next project.