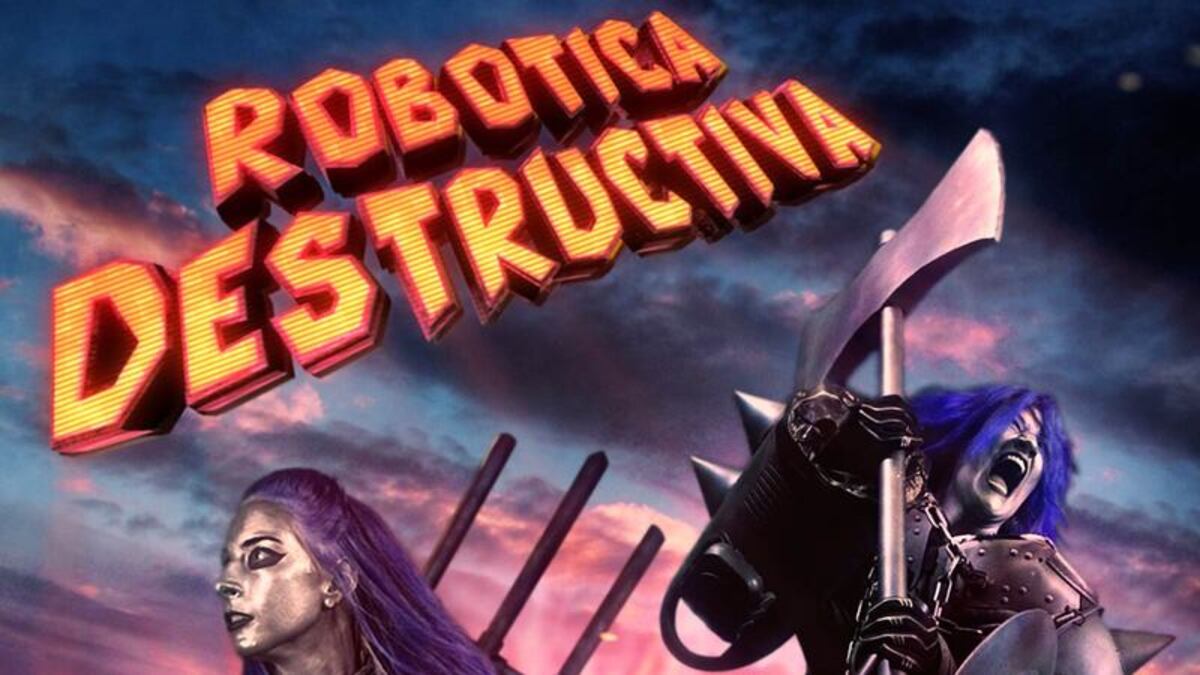 Low budget? Check. Indie film-maker? Check. Five years in the making? Check. Day job getting in the way? Check. Yes, THIS is a real indie film. And for a low budget, shot-in-the-backyard, action-adventure-specific flick, this has all the hallmarks of a midnight classic in the making.

Filmed in Apopka, Florida, hotbed of low-budget indie film-making, this move has it all: great costumes, cheap yet effective special effects, and an incomprehensible plot buried under action, explosions, and cheesy space suits that make this an ideal midnight movie. The three sisters are hung up in special-effects hell, only to be appointed to do battle against a steady stream of mecha-monsters unleashed by mysterious forces. The known space faring world is poised on the edge of destruction, but these tough gals take no BS and pack an infinite amount of offense weaponry to whup the asses these bad guys.

Why are the bad guys bad? Because the screenwriter said: “Let it be so.” What will happen if the girls fail? The world will destruct itself. And if they succeed, THEY will destroy the world. Its a zero sum battle, but the effects and costumes make a Gwar concert look like a Girl Scout cookie sale.

I caught this film at a midnight screening in Maitland, Florida, just down the road from Apopka, where this was filmed. The house was packed, and most of the cast and crew in the audience attended. The energy was high, and while the plot is miniscule, you’re not really hear for a Goddard film about love and loss. You are here for explosion, space fu, and tough womankind taking no poop from any man or monster that stands in the way of saving our burnt-out hulk of civilization.

I’m not sure if this tarnished gem will make it to a proper release with distribution, but I will say, if you ever watched a late-night show called Night Flight this film would fit right into that choice midnight-to-three a.m. B-movie slot any evening someone cared to air it. This is a low budget masterpiece of violence for violence’s sake, with strong female leads and an overall effect that makes you think: “What the heck did I just see?” Bad news, my friend. You have just witnessed “Art.” I hope it doesn’t feel too rough.