A universal health care system based on the single-payer model appears to be a bridge too far for President Barack Obama.

A single-payer system, such as Medicare for everyone, would provide health care for all.

President Lyndon Johnson had the courage to weigh in with all his clout to win passage of Medicare and Medicaid.

President Roosevelt put all his chips on the table to win passage of the Social Security Act that makes the elderly more secure.

All around the world, governments have long made medical care available for their citizens. Why not us?

Obama clearly has no stomach for the political battle that any single-payer plan would ignite. So he’s endorsed a step that would allow the government to provide health insurance coverage – not health care – to eligible people. Such government-sponsored health insurance is being considered in Congress as it writes health care reform legislation.

While the public plan option gets full consideration in Congress, the single-payer model has been unwelcome at the White House or on Capitol Hill.

Obama said part of the fierce opposition to health care reform has been fueled “by some interest groups and lobbyists – opposition that has used fear tactics to paint any effort to achieve reform as an attempt to, yes, socialize medicine.”</em>

Obama ain’t scared, he’s bought. They only look the same from the outside. 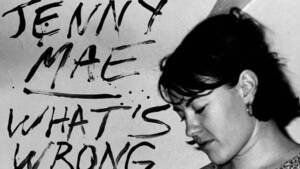