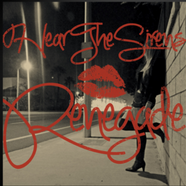 I like this band, but they sound a lot like Green Day and they’re not really doing a lot that hasn’t been floating around since the mid ’90s. That’s not a bad thing; there’s some really strong power pop/punk on this disc and I can point to a dozen well-known punk outfits that tour constantly but don’t have the clear focus of this four-piece.

There’s a guy named Scott Goodrich up front. His vocal cords are strong and not yet destroyed by untrained singing, cigarettes, and cheap vodka. The sound consists of basic power chords and hook and bridge songs, and I think they are pissed off about something like family abuse (“Figure it Out”) or skanky girls (“Bad Excuses”). I’m not hearing a college radio turntable hit, but I’ve listened through a few times and the sound is certainly growing on me like a hungover 5 o’clock shadow. Put them on a hot 11pm rotation and something good might just happen.