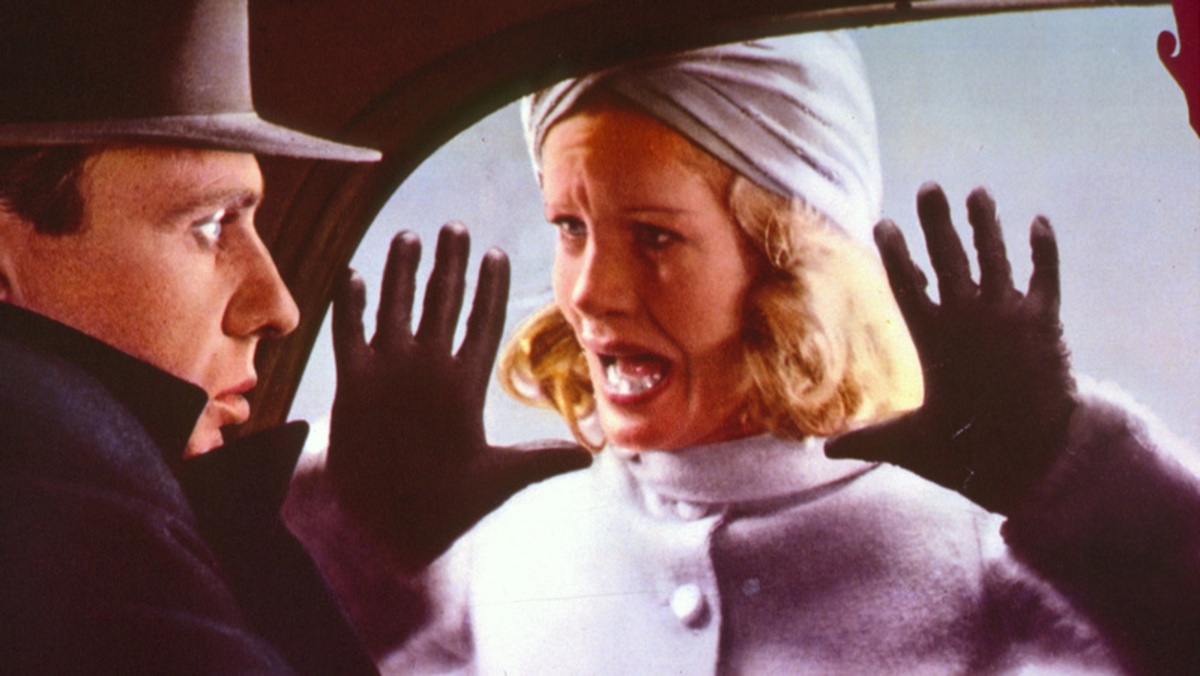 Though Bernardo Bertolucci was only 27 years old when he, along with Dario Argento and Sergio Leone, co-wrote the story for Leone’s Once Upon a Time in the West (C’era una volta il West) in 1968, by that time, Bertolucci had already amassed a decade of experience in filmmaking. Beginning his career as a teen as an assistant director to Pier Paolo Pasolini, Bertolucci was only 22 years old when he directed his first feature, La commare secca, a brutal murder mystery based on a short story by Pasolini. Subsequently, Bertolucci would write and direct Before the Revolution (Prima della rivoluzione) and Partner while working on the story for Once Upon a Time in the West, a film that, in many ways, was the model perfect storm for what he would create two years later with The Conformist.

Leone’s epic western was a remarkable blending of both young and veteran talents into an urgent and timeless entry into the genre. Shot by the masterful eye of Tonino Delli Colli, who would go on to lens multiple films for Pasolini including Salò, or the 120 Days of Sodom (Salò o le 120 giornate di Sodoma) and The Decameron, Once Upon a Time in the West starred the legendary Hollywood actor Henry Fonda playing against type as a villainous mercenary named Frank, the well-established tough guy Charles Bronson as the mysterious and taciturn Harmonica, and the prolific actress Claudia Cardinale, who was twenty years Fonda’s junior, as Jill McBain. This eclectic combination of gifted artists, which again included story co-author Dario Argento, who was still two years away from directing his impressive first feature, the giallo Bird With a Crystal Plumage (L’uccello dalle piume di cristallo), would add all of the right elements to make Leone’s film the classic that it is now considered.

One would assume that Bertolucci’s experience with the ambitious production of Once Upon a Time in the West helped inform many of his choices when he was creating his 1970 masterpiece, The Conformist, which has recently undergone a superb 4K restoration under the supervision of Fondazione Bernardo Bertolucci before heading back to theaters at the beginning of 2023.

At the center of The Conformist, Bertolucci selected the seasoned Jean-Louis Trintignant, who just a few years earlier had risen to international stardom on the strength of his performances in Claude Lelouch’s romantic drama, A Man and a Woman (Un homme et une femme), and Costa-Gavras’s political thriller, Z. For the role of Giulia, the wife of Trintignant’s antagonist/protagonist Marcello Clerici, Bertolucci cast twenty-three year old actress Stefania Sandrelli, who had starred in his earlier film Partner, three very successful comedies for Pietro Germi, and Antonio Pietrangeli’s I Knew Her Well (Io la conoscevo bene). Behind the camera for The Conformist was a then virtually unknown cinematographer named Vittorio Storaro, who would develop into one of the most celebrated visual artists in cinema history as he went on to shoot Apocalypse Now, Reds, and many of Bertolucci’s later films, including Last Tango in Paris, 1900, and The Last Emperor. And to complete this phenomenal outfit, the film-scoring titan Georges Delerue, who was nearly two decades into his career in cinema and had already created music for the films of Jean Luc-Godard, Alain Resnais, and François Truffaut, composed and conducted the music for The Conformist. Bertolucci harnessed the distinctive talents of the ensemble he put together for all of the elements of The Conformist, and in turn formed a work of cinematic perfection that foreshadows why any concrete definition of societal normalcy continues to elude us today.

In his adaptation of the novel of the same name by Alberto Morovia, Bertolucci blended most of the book’s prologue, which concentrates on the problematic youth of Marcello Clerici, into a few flashbacks inserted within the first third of the film, where we primarily see an adult Marcello who has joined the rising National Fascist Party in Italy as a means of absolution for his youthful transgressions and shame for his dysfunctional, disgraced aristocratic family that have left him with an overwhelming desire to become a normal member of society. To further his efforts of assimilation, Marcello has also become engaged to a seemingly thoughtless bourgeois young woman named Giulia, whom we first see in a striped Armani dress that Storaro blends with the daytime lights emanating between the slats of her living room shades that render her as trivial as wallpaper.

As a framing device for the narrative, we intermittently ride along with Marcello as he struggles with his newfound ethos while driving on snowy roads with his brutish colleague, Manganiello (Gastone Moschin), to consummate his first assignment for the Party — an assignment that originally began as a intelligence mission where Marcello would attempt to be accepted into the academic/political circle of his old professor, Quadri (Enzo Tarascio), who has gone into exile in Paris as an anti-fascist political dissident, but has now turned into a plot to assassinate his former mentor. In order to get closer to Quadri, Marcello uses his honeymoon with Giulia in Paris as an excuse to reacquaint himself with the professor from the glory days of his classical education. Complicating matters for Marcello, however, is his sudden infatuation with Quadri’s wife, Anna (Dominique Sanda), who makes separate attempts to seduce both Marcello and Giulia. Though he is steadfast in his duty for most of the film, Marcello’s experiences with the sexually adventurous Anna create a conundrum within Marcello that forces him to confront issues of his own repressed sexuality that have led him onto the troubled course that he set for himself and can no longer escape without severe repercussions.

Through Storaro’s eye, which incorporates an aggressive use of depths, bizarre shooting angles, and deep, rich colors that build a dreamlike atmosphere, we are constantly pulled away from anything that could be viewed as a traditional character study in The Conformist and into an overarching examination of normalcy as it relates to class imperatives. The ethereal elements of Bertolucci’s film, such as the visual aesthetics and purposefully erratic performances, help strip away a layer of our emotional connection to the characters’ plights to elucidate how socio-economic status primes each character’s level of acceptance of the dysfunction around them. Though both Marcello and Giulia desire some degree of normalcy, the two have radically different understandings of it based on their class, and this is notably visible in how they handle their individual childhood traumas. Giulia grew up as a woman in a sheltered upper middle-class environment during the early 20th Century, so she has little power to enact change, and therefore, she passively accepts the abuse committed against her by a family friend, whereas Marcello, who grew up in an affluent home, possesses the privilege and connections to become an agent of societal action in order to obscure and rewrite his memory of molestation and his personal history of familial instability.

As chilling as it is psychologically complex, after more than 50 years since its release, The Conformist remains as one of the finest achievements of the cinematic medium, not only for its impressive collection of diverse and eventual legendary talents who contributed to its production, but also for its prescient statement on how our socio-economic statuses can misguide our perceptions of reality and create delusional hopes of admittance into a functional society that is most likely non-existent because, in fact, society is as fractured as we are.

The Conformist opens at the Film Forum in NYC on January 6 before expanding to theaters nationally. Featured photo courtesy of Kino Lorber.