Teen stars come and go; there have been so many of them throughout the decades that the novelty has long since rubbed off. But R&B singer Josephine Sincere is different. She has landed on the Top-10 of the Billboard Hot R&B/Hip-Hop Single Charts without any backing from a major label. Signed to independent Kixx Records, Sincere is gaining fans through word-of-mouth from both the streets and through the press, a recipe for Next Big Thing status, no doubt.

A lot of young women these days, especially in the R&B and hip-hop genres, are under pressure to use sex to sell their music, either through lyrics or their image or both. Why do you think so many of them do that without questioning the lack of ethics, and how have you been able to be morally grounded?

I think a big part of it is that many young women – whether they are singers or not – feel as though they need to be validated by guys, and the main way they think of to get that validation is to get guys to like them or want them. Plus, if one artist has success doing the overtly sexual thing, then everyone else will jump on the bandwagon, including record labels. And women are so competitive when it comes to getting the attention of men that they feel as though they have to do something even more extreme than the next girl to win the guy’s favor. I think it’s sad, personally. And I don’t think that record companies are doing anything to slow that trend. In fact, I think they encourage it because they think it will sell. But is it really selling? I have been able to stay above that whole thing because of the way I was raised and my core set of values and beliefs. It should be about the music and your talent as a singer and an artist, and if you need sex to sell your records, then you have failed as an “artist.” I also have a record label that doesn’t condone that type of thing and doesn’t want to put out that brand of R&B. 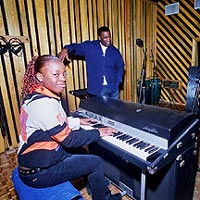 You sound far older than your years. How did you develop your singing style?

I don’t know. It’s natural, I guess. They say that from the time when I really started singing (when I was about 5, I think), that I have always had a mature voice. So I don’t think it was so much a matter of me developing a style, as it was just doing what I was capable of doing and what comes naturally to me when I sing. 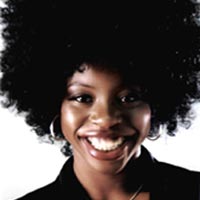 How were you discovered by Kixx Records?

I was performing at a church retreat and producer Tab Edwards’ sister was there. She called him and told him that she just heard a singer who she thinks he should listen to. So Tab called me and asked me to come to the studio so that he could hear me sing. I met him there, and I sang a gospel piece. After about a minute of singing, he said that I could stop singing, and he asked me when I could come in and record some songs. And that was how my relationship with Kixx started.

Besides recording music, what does Josephine Sincere do? What are your hobbies?

I like playing the piano and writing songs. I also like trying to learn to play other instruments. Other than that, singing is what I love to do.

Are your parents supportive of your musical career?

Yes, my mother has been supportive from day one. And the fact that Tab and the people at Kixx are such wonderful people made it comfortable for her to let me work with them when I so young. Now, we all have a family-type relationship. 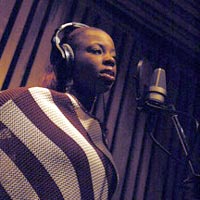 How does it feel to be so young and on the Billboard charts? How did that happen?

Wow! That was really a shocker! I kinda knew what Billboard magazine was, but I didn’t know that it was THE music industry magazine. So after Tab called me and told me that the single was #18 on the chart (it has since reached #10) and it sunk in just what that meant, I was so excited! And when you consider that it was doing better than some big name artists, that made it even more unbelievable. From what I understand, it happened something like this. Producer Saint Martin decided to experiment with my single “The Next One” and put my vocals over a hot Mac G beat that was used for a Nicetown song called “Nicetown Anthem” (I was also part of the Nicetown group project). Anyway, they liked how the song sounded and decided to add it to the album and re-release the album as a bonus CD. People liked that song so much that Tab decided to make it a single for sale to help the album. For whatever the reason (probably because it has 2 versions of the single and 8 partial songs on it!), people all over just started buying the single. One of our record promoters says that people were curious about me because they had heard so much, and buying a $2.99 single was a cheap way for them to see what I was all about. Next thing you know, someone called Tab and told him that they saw it on the chart.