with JEFF the Brotherhood, Hunters

This winter’s been unseasonably warm for Central Florida so you’d think bands would have been clogging the interstates on their rush to play some beach weather dates in January. This has not been the case. Months have gone by with very little to excite the Orlando concert-goer.

It was with ample excitement, then, that The Kills were scheduled to bring their 10 Year Anniversary Tour to the House of Blues (coincidentally on the same weekend that my baby and I were celebrating our own 10 year anniversary… awww…). 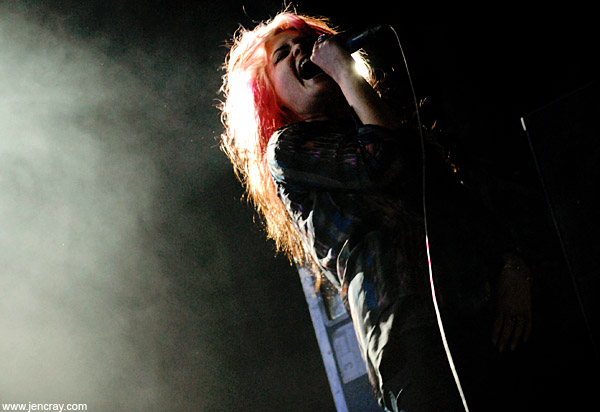 It would appear that even the venue’s crew was eager for this show, because they raised the curtain on the first band a half hour early – meaning a good portion of the audience missed their set (I ran in just in time for the tail end of it). What I saw, as I made my way down in front of Hunters, was vocalist Isabel Almeida on her knees, head thrown back, howling like a banshee to an erratic guitar crunch accompaniment. As luck would have it, they were charging into their final song (and the one I like best), “Headache.” The set ended with both Almeida and her co-vocalist/guitarist Derek Watson rolling around on the stage floor until the distortion of the final notes faded. 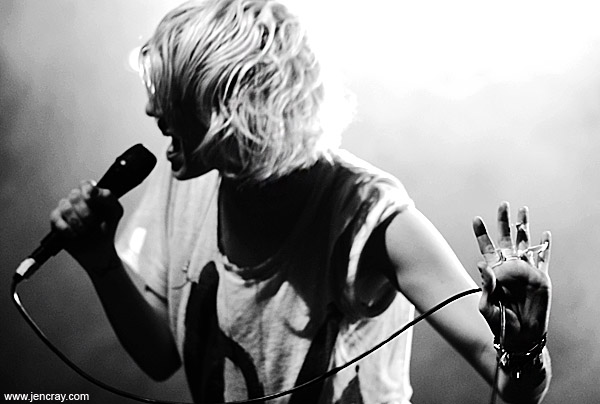 Nashville’s brotherly duo JEFF the Brotherhood wasn’t as visually stimulating as Brooklyn’s Hunters, but the band’s psychedelic throwback guitar rock makes a big impression. Jake and Jamin Orrall (formerly of Be Your Own Pet – a band that sounded nothing whatsoever like their current project!) sound like The Black Keys covering The Ramones with Kurt Cobain stepping in on the choruses. Unfortunately, the set wasn’t nearly as interesting to watch as it should have been. Even when they threw out a melodic, surf rock sweet like “Shredder,” their stage presence left much to be desired. 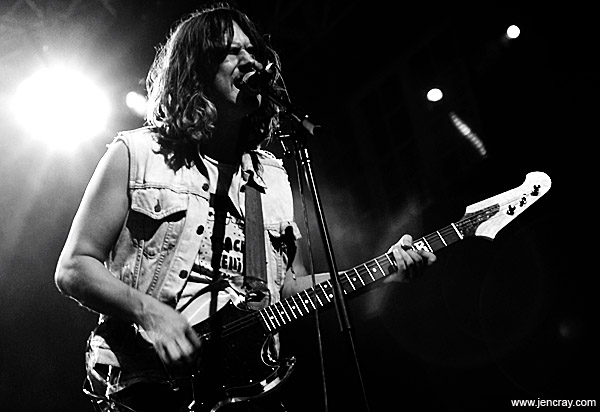 Alison Mosshart, who rocks pink locks these days, has always been a tomcat on the stage – prowling, growling, glaring, and clawing the air. Her fiercely feline stage presence gained even more confidence after her go-arounds with audience-owning Jack White in The Dead Weather. She and musical partner Jamie Hince don’t circle around one another like, well, cats in heat, as they used to (Hince recently said his vows with supermodel Kate Moss), but their chemistry is nonetheless intertwined with the sexuality of the music. 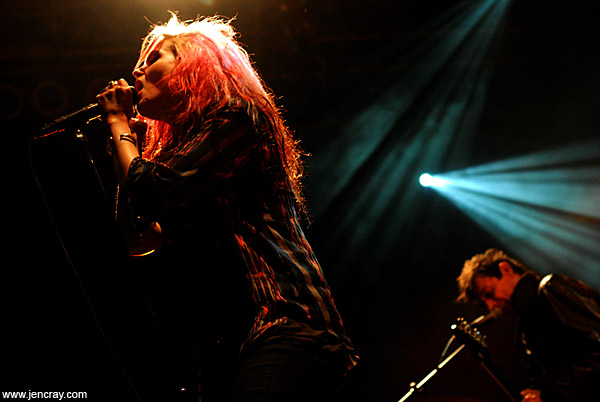 While the small but faithful audience clamored for a spot close enough to feel the heat waves from the stage, the pair opened up with “No Wow” – the first of many deep pocket picks. Crafting a setlist that celebrates all ten years and four albums is an unenviable task that left many choice cuts omitted, but there was enough variety to curl the toes on every level of listener. 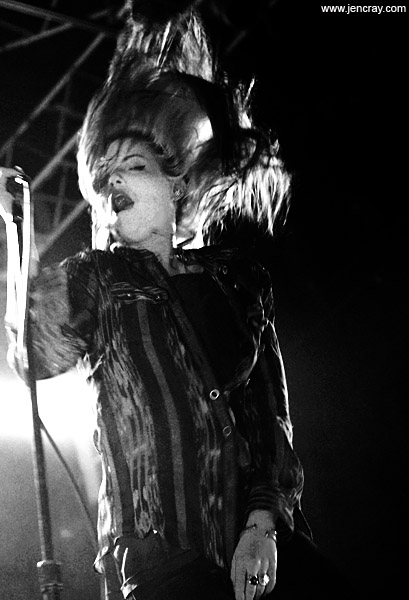 Veteran songs “Fuck the People” and “Kissy Kissy” packed enormous punch, while “Black Balloon” inspired a half dozen black balloons to do their dance across the hands in the room. “Cheap and “Cheerful” was erotically charged enoujgh to make me want to go back and give Midnight Boom, an album that never grabbed me, a second chance, and an unexpected cover of Patsy Cline’s “Crazy” was both haunting and humble – with Hince stumbling on the opening chords and then laughing at himself before starting over. 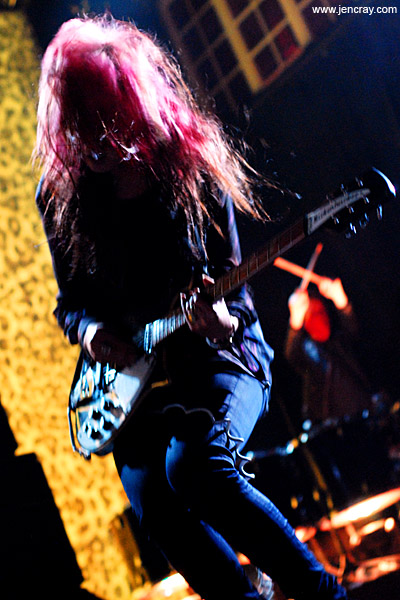 The real surprise was how above-and-beyond the group’s latest works sound when compared to the rougher-edged, distortion-filled oldies. The new stuff has a more mainstream, dare I say “pop” coloration (see “Heart is a Beating Drum”), without losing sight of the eerie shadows that The Kills have mastered so well (“Satellite”). “Future Starts Slow,” “DNA,” and especially the heartbreaking ballad “The Last Goodbye” (given as the first encore) were some of the best moments all night! Is it because these songs are new and fresh, or is it because they are some of the band’s best compositions yet? A little of both, perhaps. 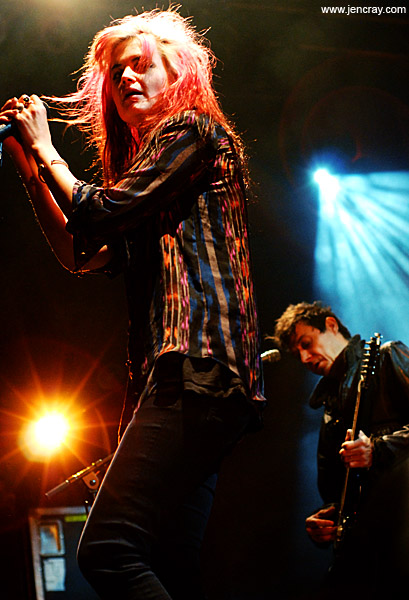 The only downside to the night was the relatively lackluster reaction from the crowd. Mosshart often posed at the lip of the stage, staring down the quiet fans as if to say show us some energy or go home!. For the band’s first Orlando appearance in seven years, it was a pathetic turnout. “We don’t often come to Florida,” Mosshart admitted, “thanks for coming out.” We may not come back for a very long time if you don’t wake the hell up! was the subtext.

The Kills are one of the most exciting bands to come along in the last decade; not enough people are listening and a lot of the ones who are seem too cool to let their guard down and let their inner fan flag fly. It’s a shame. They deserve better.

Gallery of live shots from this show: The Kills • JEFF the Brotherhood • Hunters.